Ending The Reticence In The Sierra Madre 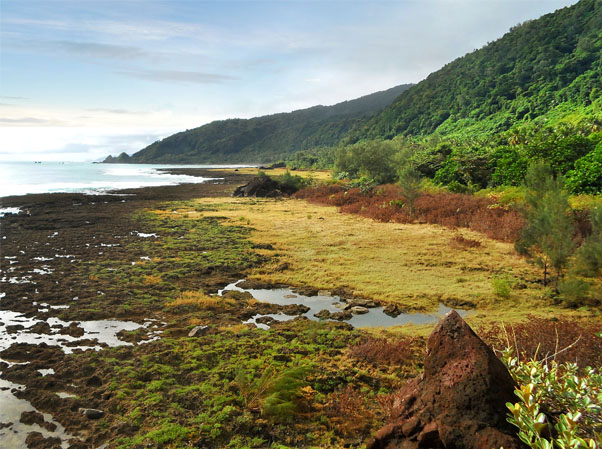 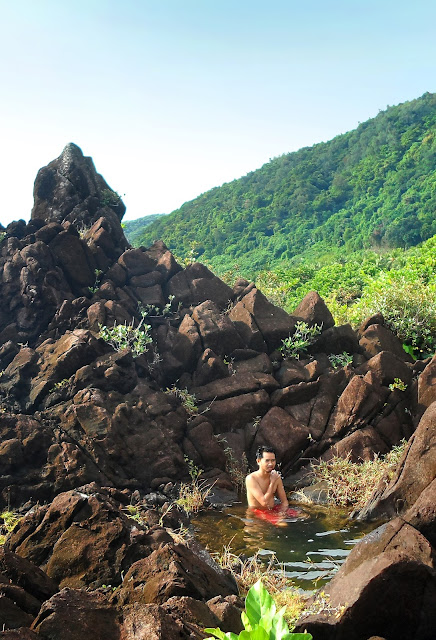 As a kid who regularly tagged along with my mom to her hometown in Infanta, I'm quite familiar with the amusing bus ride to this coastal town in Quezon Province. The then nine-hour commute was always crowded and sweltering. By the time we'd reach the municipality of Real, our faces would always be drizzled with dirt road dust like they were the delicacy called espasol. Along the way, deep in the highly vegetated Sierra Madre, our faces would feel damp from all the elements.

Since it was not an air-conditioned ride, protruding stems and leaves would often slap our faces next to the window, jolting us out of our sleep. Interestingly, I always got fascinated by how exotic everything looked from my puny vista. Never mind the scary daytime trips when I had to bear with views of the bus' wheels struggling to miss the cliff. For some bizarre reason, I always fantasized about getting stranded in the stopover and having to find my way through the dense forest.

Fast-forward to 2016, the bus commute is now reduced to just three hours as a result of the dirt road being paved. I also finally ventured on foot into a few portions of this vast mountain range in mainland Luzon. Accompanying a volunteer for the Save The Sierra Madre Network Alliance (SSMNA), I hiked past a trail bifurcation twice in General Nakar's Barangay Pagsangahan to reach the emerald green Tutulakan River. I was also fortunate to visit a couple of Dumagat tribe settlements -- one that's remote in Barangay Umiray's Maktang via Dinggalan and another in Masanga that's accessible via Infanta. Both were challenging to reach for someone sheltered like me. I never thought that my desire to fulfill a morbid fantasy could overtake my clumsiness and introduce me instead to an ascetic understanding of nature.

The Sierra Madre compelled me from afar and soon converted my restraint. It enticed me to shake off inhibitions, leading me to imbibe how the Dumagat natives perceive the forest and their culture. They are called as such not because they're without a home.

A portmanteau of their native word "duma" which refers to being naked and the Tagalog word "gubat" which is forest in English, their identity reveals exactly where they belong. As a speck of the rest of the Philippines' Indigenous People (IP), they constantly move around the same mountains. It's where they live, after all, practicing a fascinating biodegradable civilization.

In fact, a natural forest is perceived differently by most members of this tribe living in the thick woodlands of the mountain range. Unlike how urban dwellers understand the term, they know it to be more than just tree plantations. For them, it's an ecosystem of different tree species sustaining varied plants and animal life. It's a life chain that seamlessly connects the inhabitants and the inhabited. One can't survive without the other as even the Christian bible tells of man being given the dominion over God's creation (Genesis 1:26-30).

To the rest of the Filipinos living nearby, the Sierra Madre is more than a natural citadel that tames typhoons. It holds watersheds that supply drinking water to city dwellers and irrigate farms. It's pertinent that soil erosion and siltation of such areas do not occur to avoid impairing aquatic life and coastal landscapes. Any threat to the watersheds like deforestation and illegal development projects being peddled under the guise of "special-use zones" can even result in urban flooding.

The Case of The Dam Project

This is why the tribesmen representing the Dumagat are opposing the P18.7-billion New Centennial Water Source (NCWS) dam project that the Metropolitan Waterworks and Sewerage System (MWSS) has been pushing for to be constructed in Kaliwa River. At stake to be be submerged are the mountain village of Pagsahangan in General Nakar, a 9,700-hectare watershed, and nearby towns. Bound to be displaced are about 1,460 families.

If anything, the Dumagat natives can best monitor their terrain. It's their ancestral domain after all. As forest dwellers, they are the best park rangers that the country can count on. They are the first ones to identify threats and the most reasonable ones to relay them to authorities. Since their livelihood depends on the forest, they can be the first line of protection from nefarious activities like illegal logging, land-grabbing, and small-scale mining.

The Forest Cover We Have

With the Sierra Madre representing 40% of the total forest cover in the country, any decrease in the proportion can be considered life-altering. According to studies done by the SSMNA, the forest cover is now at 23% low. The country needs it to be at 54%. To achieve it, the SSMNA supports the conservation and protection of the mountain range, plus alternative livelihood for the Dumagat like eco-tourism.

I'm yet to see the Sierra Madre denuded on a massive scale, but I don't even have to imagine it to know the disastrous effects of misdemeanors committed in pockets of the mountain range. The unfortunate time when the mighty Agos River overflowed in 2004 was enough proof of how decade-long deforestation could kill people and disrupt a way of life.

Ending The Reticence In The Sierra Madre