Maktang: The Coastal Paradise of The Dumagat In General Nakar

Many things have been said about the tribal members of the Dumagat by some of my well-meaning relatives and friends. Some say they're illiterate and foolish but passionate about what's deemed as right and wrong. Some opine that they're lazy for not caring about earning a living. However, they're known to be resilient and require less help after each catastrophe that befalls their settlement. What remains unknown to them is how idyllic their home is. Called Maktang, the tribal community in the coast of General Nakar is a paradise that I've been blessed to visit this October. Although I've long planned of exploring their ancestral domain as early as 2014, it was only days ago when I had the chance to travel with someone from their tribe who has managed to live in the lowlands and is now helping in the preservation of everything that is Sierra Madre.

The tribe comprises less than 30 percent of the whole indigenous peoples (IPs) in the Philippines. And, in Maktang, they're only a dot in the scattered clusters of more than 14 million IPs across the country. The verdant coast of this side in Quezon Province even makes their presence minuscule behind decade-old coconut trees, peculiar rock formations, and windswept coralline rock beaches.

Being here was both exhilarating and poignant because the whole coast is highly vegetated and appears to be untouched by modernization. There isn't even a single sari-sari store in sight anywhere in this storied shoreline that weaves next to the imposing mountain range, giving any first-time visitor the impression of seeing green citadels.

On our way to the sleepy settlement in Barangay Umiray, my Dumagat friend even had a remarkable story about another one from his tribe who managed to study outside of Quezon Province and have been exploring Metro Manila recently. We've just visited a smaller tribal settlement in Lulumnan Beach hours prior and we were on foot in the thick tropical forest of General Nakar's mountainside when he recalled the funny story. According to him, his katutubo friend was driven away from a train station in Metro Manila for being allegedly drunk.

"So was he intoxicated?" I curiously asked my friend.

"Of course not," he replied. "He was just mistaken for being one because he was stuttering and somehow excessively salivating. It was because of the betel nut that he'd been chewing during his commute to the station," he averred.

Misunderstood and usually judged for their looks, the Dumagat natives have learned to endure every kind of challenge from the temptation to be involved in illegal logging by unscrupulous, lowland contractors to being unfazed by land grabbers who dangle fake land titles and confuse them with real estate jargon.

Our hike stopovers consisted of visiting Maktang Beach where Dumagat kids are known to surf using anything flat that they can get their hands on. Since nearby areas frequently suffered the burden of misfires between the military and NPA rebels, the coast of the province had been considered off-grid by tourists until recently when tensions ceased to exist. The beach is highly recommended for surfing professionals and enthusiasts, especially between the months of November and February.

We also dropped by the secluded Maktang Falls which is a 15-minute hike away from the beach. Since no tourist has ventured in these parts of the province, the hike trail was nonexistent. I had to get the assistance of an elder member of the community to find a safe trail to it. Reaching it, though, proved to be rewarding because its swimming area is an intimate space unlike most waterfall sites I've been to. With just enough space to move around in for 8 to 10 people, the plunge pool is remarkable for letting any visitor stay as close as possible to the falls itself.

The Coast That Defines Their Traits

Having stayed for four days where they've been thriving for centuries, I came to realise why the Dumagat natives are simple-minded and complicated to deal with at the same time. The harsh conditions that they're subjected to in their environment reflects their personalities. At sea, they can be listless but they have to be focused to know what sea creatures they can feed on. On land, they're surrounded by lush greenery but they have to be on their toes all the time with the kind of localized weather the Pacific Ocean has in store for them every day. There simply is no middle ground anywhere in Maktang. Where one part of the terrain is miry, another can be spiny. Even the most inhospitable swath of the landscape can be quite compelling. Everything's just intense here.

During my stay in Maktang's Baniladan Beach at a katutubo friend's house, I confirmed this rumination. It became clearer atop what the natives there call as Tibulsot, a rock formation that has a rainwater catch basin for a crown. Reaching it from a grassland clearing at the beachfront was one thing. Scaling it was another. In between, I faced the challenge of a 15-minute stroll on a thorny coralline rock expanse that made me look like I was tip-toeing on broken glass.

At the base of the rock formation which one resident divulged as once being a hiding place of Japanese gold, the rock wall did not look intimidating at all. As a result, I scaled it in the fastest pace I know. Fortunately, I determined the surface to be awfully slippery ahead of time and so I managed to slow down. It clearly required extreme patience for someone like me who has no rock-climbing experience which led me to decide on a rewarding cool soak up there after reaching the top of the rock formation.

Bathing on top of the Tibulsot with an expansive view of the coast, I felt in awe of how nature has endured and thrived with the Dumagat natives in this part of mainland Luzon. Something as remote as this can be pleasant without having to be tainted with modern life's detritus. As I lay there half-submerged in rainwater, I said a silent prayer to God that it stayed that way for Maktang for decades to come.

How To Get There From Metro Manila:

Option A
• From Cubao, board any Cabantuan-bound bus.
• Ride a Dingalan or Umiray, Aurora-bound van.
• Rent a tricycle in Umiray, Aurora for Umiray, Quezon Province (Php300 or less).
• Rent a pump boat at the pantalan or dock of General Nakar for Maktang (Php700 or less).

Option B
• From Legarda, Manila, board either a Raymond Bus or a passenger van for Infanta.
• Rent a tricycle for General Nakar town proper.
• Ride the passenger jeepney for Masanga.
• Either hike the mountainside for 3 to 5 hours or rent a pump boat (Contact Ramon Romero of Masanga: 0909-478-6191) for Maktang.

You want to know more about General Nakar? 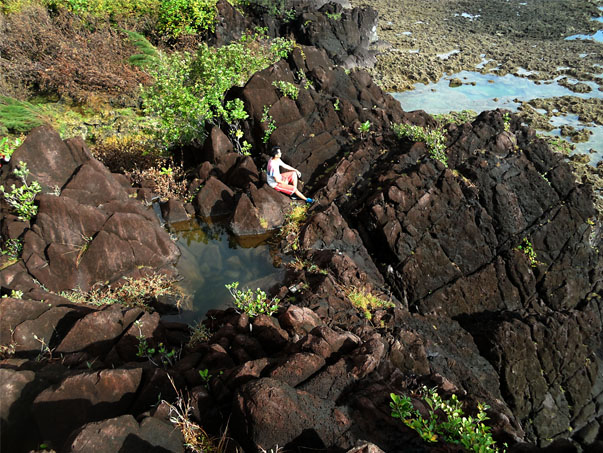 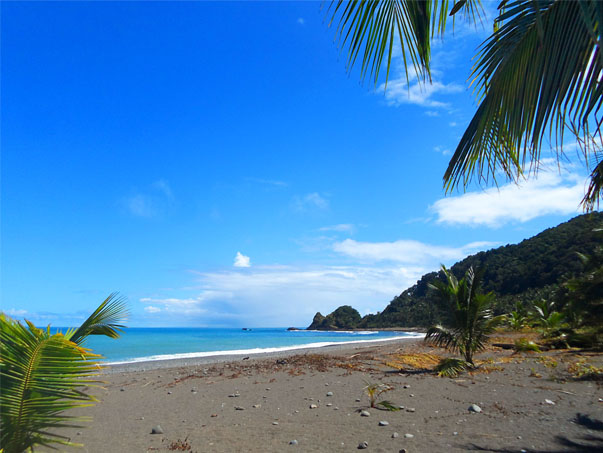 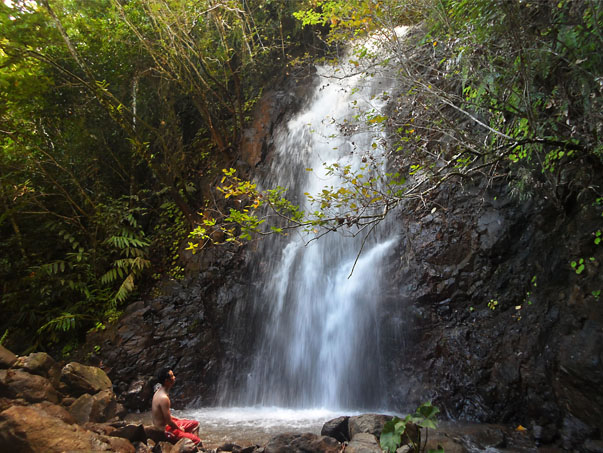 Maktang: The Coastal Paradise of The Dumagat In General Nakar