General Nakar and My Epiphany of Its Fortunate Neglect


General Nakar is like a gnashing wound in one's body. It's been neglected and is now a source of irritation. What a remedy can do is now long-overdue and may not be effective. However, being forsaken is not always a bad thing like in the case of this Quezon Province's biggest town. Sometimes the cost of attention can be as damaging as one's act of neglect. There really is no wonder pill for all wounds. As someone who's been to its highland border in Cablao next to Rizal, its poblacion past Infanta, and its remote coast where a majority of the Dumagat tribe members live, I've determined the town to be a wound that naturally heals itself.

What I consider to be General Nakar's painful past is not even its own fault. Its involvement in large-scale logging prior to 1986 didn't happen because it was the only lucrative trade to engage in there. It's not just rich in its vegetated mountains, but it's also teeming with a variety of sea creatures at the coast. The movement of communist NPA rebels in the area contributed greatly to such nefarious activities, giving greedy elements from the lowlands the chance to excessively extract timber out of Sierra Madre undetected. And where tourists are scared and locals displaced, the wound develops into an infection.

Fortunately, nature has its own silly way of bringing tempest where it's mostly needed. With Quezon Province being in the Philippines' typhoon belt, settling there is only meant for the unperturbed. You can actually see it in the faces of its locals, including the enduring natives of the Dumagat tribe. They've seen the worst and yet they're seriously not going anywhere. Those who depart the town beating their chests out of disdain are the ones who don't belong. They are the pus in the wound that is General Nakar.

Should you be visiting the town that time seems to have neglected, drop all your preconceived notions. It's nothing that you've seen before. It's not the Batanes nor the Palawan of Calabarzon. It is a self-healing wound that's finally having its chance to mend. With several attractions that reflect the people who live there, the town makes neglect the best thing that ever happened to it. If anything, it's been preserved for the future.

Here are seven essential attractions to visit in General Nakar:

The challenge is docking at the beach because its beachfront can be remarkably breezy even in summertime. Thanks to its distinct rock formations that extend to a massive cliff and break into smaller ones out into the sea, the whole beach becomes a tropical concoction of dramatic waves and heavy sea breeze.

It's recommended to scale any of its rock formations to have an expansive view of the rock-studded coast. You can also cliff-dive on a good day as some Dumagat kids love to do. After spending time at the beach, you can explore its inland terrain where hiking for fifteen minutes can lead you to a secluded waterfalls.

A good one hour-long hike from Lulumnan Beach is Maktang, another community of Dumagat natives which has been blessed to be veiled by the green citadels of Sierra Madre from any hint of modernization. There isn't even any well-paved hiking trail here because the terrain is highly vegetated inland and the beachfront is either a miry swath of tidal pools or a spiny expanse of coralline rocks.

It's recommended to scale its peculiar rock formations at Baniladan Beach which the natives call Tibulsot, a wading pool-topped rock wall against the mountainside. As one Facebook friend of mine commented in my recent post about it, the rock wall that naturally fences the rainwater catch basin resembles blocks of chocolates. From up there, you can have an unobstructed view of the whole of Maktang, its coralline rock expanse, plus the distant Maktang Beach that's touted to be great for surfing.

A good 15-minute hike from Baniladan Beach is the surfing spot of Maktang where Dumagat kids are known to copy moves of surfers using any flat object that they can find at the beach. You can't find any resort or outpost for surfing enthusiasts here because the beach is currently where the Dumagat natives live next to their garden of crops and it's also where their kids' school is located. According to a friend of mine, the beach can be sensational for surfing between the months of November and February.

A short hike from the beach is where Maktang Falls is. What it lacks in plunge pool space, it makes up for its height. Compared to Lulumnan Falls, this one is more secluded as the way to it can get a bit steep. You will have to get past age-old trees that lead up to the foot of the nearest mountain where it can be found. Once you're there, you won't be able to resist having a soak because the plunge pool is strategically veiled by a slope in the ground which receives the impact of the strong waterfalls, making every plant and tree jutting out of it quiver in sheer wind force.

Past Umiray, Masanga is already part of the village of Canaway and is a good one hour-long boat ride away from Maktang. Should you intend to visit this destination first, it's possible because a jeepney ride regularly plies the dirt road that is the Infanta-Masanga route. The whole trip takes about three hours. The way to it on land is actually interesting as you can topload on a jeepney that crosses more than three shallow rivers, not on a bridge but on water. If you're coming from Maktang, a boat ride to it will take a full hour and will offer you epic views of the town's mountainous coast. Or you can go intrepid and hike the same way for about five hours.

Once you're in Masanga, you can enjoy strolling and beach-bumming at its four unique coves where a combination of lowland locals and Dumagat natives also live. There is currently no resort in the area but you can contact boatman Ramon Romero at 0909-478-6191 for accommodation in his humble beachfront house. He can also take you on a boat tour of Masanga, Lulumnan or Maktang. He's also the caretaker of a small waterfalls that's a stroll away from his home.

The closest attraction in General Nakar from Metro Manila is Tutulakan River. It's only roughly four hours of travel -- two hours on the road and less than an hour of hiking in Sierra Madre -- via Daraitan in Tanay, Rizal. Past the tourist-thronged Tinipak Spring, Tutulakan River is a getaway that intrepid travelers appreciate because of its secluded location in the mountains and its turquoise-colored water. Surrounded by massive rock formations, visitors here find it enjoyable to cliff-dive on a good day. Some also love to simply ride GENACOGA tour guides' bamboo raft that's tied from one spot of the river to the shallow, rock-studded entry point where a safe camping site for overnight stays can be found. For hiking guides or camping, you can contact Joel Astoveza of GENACOGA at 0926-933-4286 or 0915-595-9988.

At the poblacion, you can visit the Infanta-General Nakar Bridge to have an expansive view of the mighty Agos River which can be breathtaking to see from up there. You can also rent a tricycle to bring you to the nearest beach which offers locals and tourists a vast strip of brown sand to frolic in. There are a lot of resorts in this area but be prepared to see traditional ones with aesthetic that seems to be trapped in the '80s and with an insurgency twist -- barbed wire for fences.

Read more about Agos River and the Poblacion Beach.

Umiray River flows between two villages of the same name in two respective towns -- Dingalan (Aurora) and General Nakar (Quezon Province). It's known to feed the water level in Angat Dam and almost always overflows in the rainy season which is why the construction of the Umiray Bridge has become not just a beneficial project for locals in the area, but also a symbol of hope that connects the two provinces. The bridge itself doesn't look as fancy as other beautiful bridges in the Philippines. What it offers the traveler is an expansive view of the river that used to be only visible from separate banks of their respective towns. Up there on a good day, you can view merchants aboard coconut-filled boats. 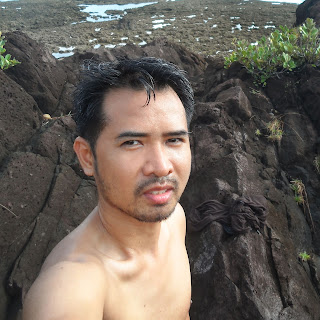 Go Ahead and Visit General Nakar

Like any suspense movie you've ever seen, the sequence when the horrified victim shows a friend a gnashing wound is what's the movie's climax is all about. You see the wound and you close your eyes out of disgust, but you can't seem to take your eyes off of it. That's how compelling General Nakar is for me. It's a place that everyone can see but simply choose to neglect over more glossy destinations. And I'm fine with it because it's on its way to mend itself with or without our intervention. It's as natural as any paradise that God made.


This post first appeared on Turista Trails, please read the originial post: here
People also like
Chuck Rock Game Comparison
30 Epic 50s Hairstyles for Men That Are Popular Again
Chris Rock's Mom Breaks Silence on Will Smith Slapping Her Son: He Slapped All of Us, Especially Me
The Best Romantic Honeymoon Destinations in the United States
USC gives honorary degrees to Japanese American students who had education cut short amid WWII

General Nakar and My Epiphany of Its Fortunate Neglect