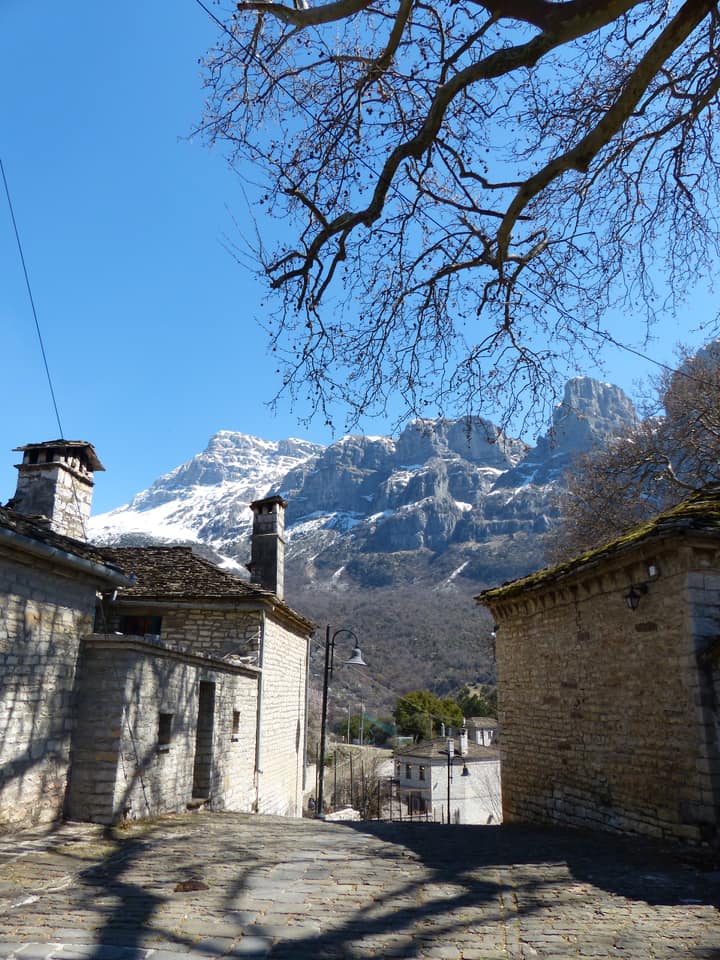 Upon your arrival, you will be met and transferred to your Hotel. Rest of the day at leisure.

If you like tonight we can take you to a nice restaurant outside of Athens at the mount Pendeli for dinner or to a restaurant in Plaka area to have dinner and enjoy a program with folk music and dances (food not included) and return you to your hotel.

This tour gives you an opportunity to observe the striking contrasts that make Athens such a fascinating city. Our expert guides will take you to see the Panathenaic Stadium where the first Olympic Games of modern times were held in 1896 (shortstop).

Continue and pass by the Prime Minister’s residence (ex Royal Palace) guarded by the Euzones in their colorful uniform, the Temple of Olympian Zeus, the Hadrian’s Arch, the Parliament and the memorial to the Unknown Soldier, the Academy, the University, the National Library, the Constitution Square (Syntagma). On the Acropolis visit the Architectural Masterpieces of the Golden Age of Athens: The Propylaea, the Temple of Athena Nike, the Erechtheion and finally “the harmony between material and spirit”, the monument that “puts an order in the mind”, the Parthenon.

Tour will end by visiting the Acropolis and the new Acropolis Museum, “State of the art” in museum construction and very rich in content.

After the city tour, we will meet and take you to a very pleasant afternoon tour 65km out of Athens. Drive along the coastal road, pass by the wonderful beaches of Glyfada, Vouliagmeni and Varkiza to the most southern point of Attica, Cape Sounion, where the white marble pillars of the Temple of Poseidon stand. On the way, you have a splendid view of the Saronic Gulf and the little islands offshore. After visiting the Temple of Poseidon, located on the edge of the peninsula, you have time to walk at leisure on the rocky promontory of Sounion or have refreshment at the nearby cafeteria

Leave by the Coastal Road to the Corinth Canal (shortstop). Drive on and visit Epidaurus which was a small city in ancient Greece, at the Saronic Gulf. Reputed to be the birthplace of Apollo’s son Asclepius, the healer, Epidaurus was known for its sanctuary, the cult of Asclepius at Epidaurus is attested in the 6th century BC.as well as its theatre, which is once again in use today.

The Sanctuary of Asklepios at Epidaurus is a UNESCO world heritage site.

The theatre is marvelled for its exceptional acoustics, which permits almost perfect intelligibility of non-amplified spoken word from the proscenium or scene to all 15,000 spectators, regardless of their seating.

Then proceed to the Town of Nauplion ( short stop) drive on to Mycenae. and visit the Archaeological Site and the Tomb of Agamemnon. Departure for Olympia Through Central Peloponnese Overnight in Olympia, the Cradle of the Olympic Games at the selected hotel.

In the morning we will visit the archaeological site and the Museum of Ancient Olympia. Olympia was a sanctuary of ancient Greece, known for having been the site of the Olympic Games in classical times, the most famous games in history.

The sanctuary, known as the Altis, consists of an unordered arrangement of various buildings. Enclosed within the temenos are the Temple of Hera (or Heraion/Heraeum) and Temple of Zeus, the Pelopion and the area of the altar, where the sacrifices were made. The Hippodrome and later stadium were also to the east.

To the north of the sanctuary can be found the Prytaneion and the Philippeion, as well as the array of treasuries representing the various city-states.

Olympia is also known for the gigantic ivory and gold statue of Zeus that used to stand there, sculpted by Pheidias, which was named one of the Seven Wonders of the Ancient World by Antipater of Sidon.

After that, we will visit a famous winery to see how the wine was made the old times and how they make it in nowadays. We will have the opportunity to taste some of the local wines together with local Greek meze. Will have lunch in a nice restaurant in Amaliada and then travel to Ioannina passing from the new bridge of Rion – Antirion.

We arrive in Ioannina for overnight at the selected hotel.

We will spend the day visiting Vrelis Museum of Greek History and Wax Effigies with impressing figures like being alive and ready to talk to you.

The village of Papingo proper is surrounded by snowcapped mountains in winter, and also has provisions for lodging as well as tavernas serving up traditional Greek food, coffee, and spirits.

We will take photos and feel like being very close to the sky as we see the area from this very high point. Every place and every moment seems to be unique and also welcoming you.

We will also visit the neighbouring Vikos Gorge that attracts many hikers and mountaineers from around the world. The Vikos Gorge is the largest canyon in Greece and (disputably) in all of Europe: it has the greatest depth to width ratio – as shown in the Guinness Book of Records 1997.

After breakfast, we will take a small drive to lake Pamvotis commonly also known as Lake of Ioannina, the largest lake of Epirus.

We say goodbye to Ioannina and drive to Perama Cave located 4km outside the city on your way to Metsovo. It is the first cave in Greece to undergo touristic development. The cave extends over 14.000 sq. m. Here scientists found teeth of cave bears. The cave has stalactites and stalagmites and was dedicated to Pluto and Persephone.

The touristic route goes downhill at its beginning and uphill at its end and covers a distance of 1.100 m. The tour lasts approximately 45 minutes. The guides of the cave will welcome us at its entrance and will make sure to give us complete information about this exhibition of natural artwork.

After that, we will drive to Kalambaka with a stop in Metsovo for lunch. We arrive in Kalambaka for overnight at the selected hotel. Tonight we will admire the sunset on the top of Meteora rocks and have dinner in a local taverna.

After breakfast, we will visit the famous Meteora Monasteries. Meteora is one of the largest and most important complexes of Eastern Orthodox monasteries in Greece, second only to Mount Athos. Among striking scenery, perched on top of huge rocks which seem to be suspended in mid-air, stand ageless Monasteries, where you can see exquisite specimens of Byzantine art. The six monasteries are built on natural sandstone rock pillars, at the northwestern edge of the Plain of Thessaly near the Pineios river and the Pindus Mountains, in central Greece. The Meteora is included on the UNESCO World Heritage list.

Following our visit, we will drive to Ancient Delphi passing from the town of Trikala and Amfisa. We arrive at Delphi for accommodation at the selected hotel.

After breakfast, we will visit the archaeological site of Ancient Delphi and the museum.

Delphi was the centre of Ancient World – the “Omphalos” (Navel of Earth) – whose prestige extended far beyond the boundaries of the Hellenic World.

On the slopes of Mount Parnassus, in a landscape of unparalleled beauty and majesty, lie the ruins of the Sanctuary of Apollo Pythios.

Visit the Treasury of the Athenians, the Temple of Apollo and the Museum containing such masterpieces of Ancient Greek sculpture as the bronze Charioteer and the famous athlete Aghias.

Then we will drive back to Athens via Levadia city. We arrive in Athens early in the evening for overnight at the selected hotel

Today enjoy a half day cruise to the small islands of Nea Kameni & Palea Kameni located inside the caldera, the Hot Springs with the green and yellow waters (with free time for swimming) and the island of Thirassia.

Pick up from your hotel and transfer to Vlyhada marina.
Orientation with the boat and sailing on the south coast of the island.

We will pass near the red and white beaches and continue sailing the deep blue waters of the Aegean Sea to the Caldera. Near the Nea Kameni (volcano island) we will see the old port and then go to Palea Kameni and Thirasia. We will see the hot springs with green and yellow waters and have time for swimming here or in another place depending on the season of the year.

We continue sailing below Imerovigli, Firostefani and Fira towns and will arrive in Vlyhada marina.
Transfer to your hotel

A day at leisure to enjoy and know this unique island. One of the jewels of small volcanic archipelagos five islands is undoubtedly Santorini. Santorini was created due to a volcanic eruption culminated in the explosion of a volcano caldera, therefore, its rugged landscapes dotted with huge cliffs.

Santorini’s capital, Fira, with white-washed houses, narrow streets and open air cafes that cling to a steep cliff, is at the top of the beautiful island where you can enjoy the beautiful views of the bay. Discover Santorini villages that retain their authenticity, with beautiful blue and white buildings and barren volcanic rocks. It is a very fascinating and picturesque island. A magical place that has nothing to do with the rest of the Greek islands, a place to spread the peaceful and hospitable nature of its people.

Not to miss the sunset from the Caldera nor the Greek and Mediterranean food in the island’s restaurants and taverns.

According to your departure time, you will be transferred to the airport for your flights back home

Get more information and book this tour by email