A sunny weekend in April was the perfect time for a weekend in Majorca. A short break to charge the batteries and take a break. You many have already read about the previous post about SaTorre. In this article I cover the driving route across the Island. From Palma de Mallorca in the South we drove North right up to the lighthouse at Cap de Formentor to the opposite extreme of the island. Three Lucky things that have happened…
What is Conversion Tracking? How to S…
Signs That You’re In A Healthy Love R…
A Comparison of the Environmental Imp…
Prancing About in Prague : Outfits

Arriving at Palma de Mallorca airport I found the Sixt Car rental desk easily in arrivals. The staff speak English, Spanish and German perfectly. The pickup process was quite slick and fuss free. We dealt with the paperwork in just a few mintues and the keys were handed to me. Then I wandered through the aiport building along to the car park area to find my assigned vehicle.

I´d requested a compact car as it was just for 48h on the island. We only had two small suitcases so something small would be fine. It turns out that I had been assigned an automatic car. Hmm I preferred a manual drive really.

The Sixt team quickly switched the car to another one with manual gearbox. They even gave me the same model and size of car. A BMW 1 Series M Sport. They even helped me to put the GPS into English too. 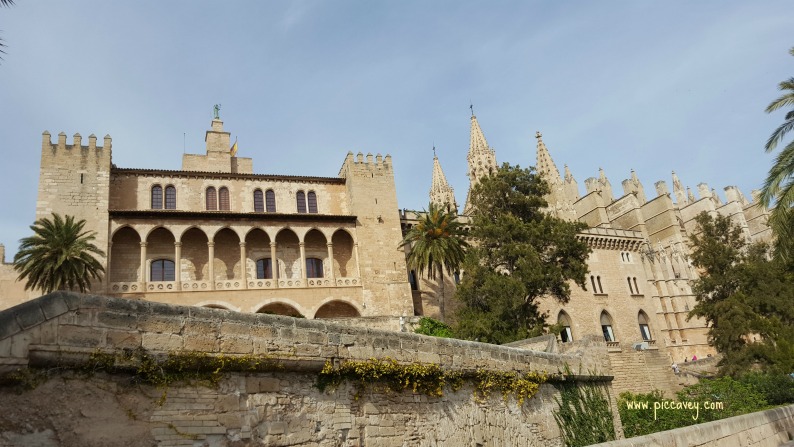 Eager to leave the airport behind and start to explore we headed onto the motorway towards to the capital, Palma de Mallorca. The plan was to visit Mallorca Cathedral and the historic old town. Driving from the airport along the motorway was simple and it was a short drive into the centre of Palma. 10 kms (about 7 miles) and we were already there.

Walking around the centre of Palma de Mallorca was quieter than I´d expected. The cathedral and Almudaina shown above have great views out to sea. The Cathedral called La Seu is the highest of all Gothic cathedrals. It was built on the site of an arab mosque and completed in 1601. The Royal palace of the Almudaina was once an Arabic fortress and lather chosen as a Royal palace in 14th century.  We contined the visit among the historic streets behind the Cathedral.

After spending some time i n the historic parts of Palma we hit the road towards the north of the island. From Palma up to Alcudia on the motorway it was around 45 minute drive. The hire car was a good option as it had low consumption and really comfortable seats too.

The GPS system was easy to use , but I checked our route on the map of the island I´d been given too.

On this Trip I got to try of the ZUS smart car charger too. This handy gadget by Nonda is super fast at charging smartphones. Handy as I was taking lots of photos and looking for information often. Although I´d had it for a while I´d not really had chance to try it properly. As I am usually office based most of the day I just charge my iphone 6 whenever I need. Being on the go all day the car charger worked well as it was twice as fast as my normal charger.

Being in the car in different locations on this Majorca trip was a good opportunity to test the localization feature. I had already downloaded the app before travelling so that I had it installed. We also tried this with a Samsung S6 and it worked perfectly. (Android) When I arrived to my destination I park, (with bluetooth switched on) the phone would register in the ZUS app my location. So when leaving the car in a large car park or unfamiliar town. When I wanted to return to the car, the app would take me with the directions on the phone.

This worked really well in Mallorca on the road trip. It also has a parking meter feature which I havent used yet. If you pay 3 hours of parking meter. It has an alarm to remind you to top up or move the car before you get a fine. 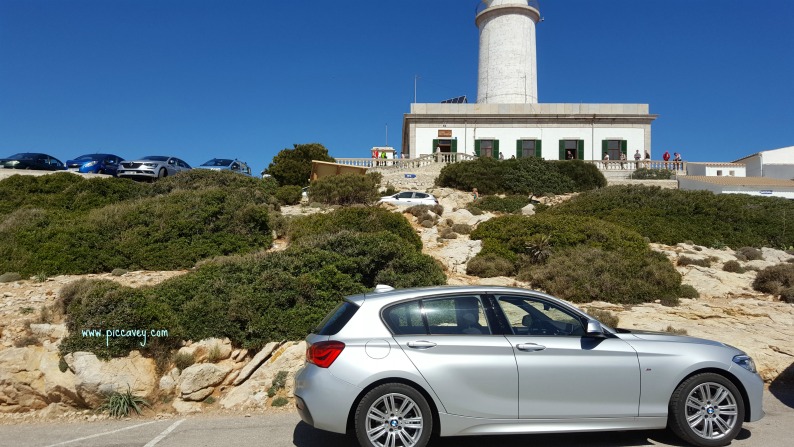 Heading direction Alcudia I decided we would drive up to the Cap de Formentor to enjoy the dramatic scenery and views. These roads were clearly designed for Mountain goats and bikes. On the way it is very curvy, steep mountain roads packed with cyclists, training in the mild weather. Not an easy drive as occasionally we´d cross a large tour bus and wide 4×4. The drive was worth it for the stunning views and beautiful landscapes. Seeing a mountain goat with two kids jumping out right out in front of us was a lovely thing to see. This road is part of the Sierra de Tramutana named a UNESCO World Heritage Site in 2011.

Along this road there are few places to stop and some of the car parks do get busy. We managed to stop at the Cap de Formentor and at Punta de la Nao. On the day we visited it was really sunny (suncream and hats required) but the 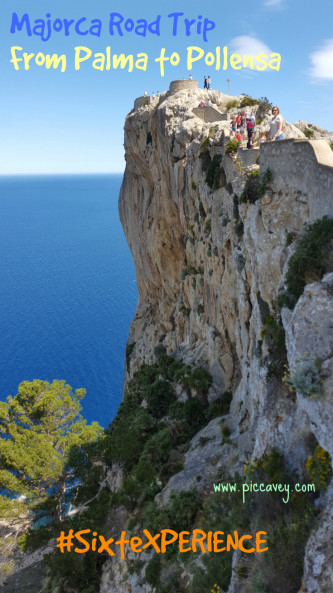 re are days when it is really windy. Take care up there. With sheer drops and 300m cliffs above the sea it´s not for those scared of heights. From Port de Pollensa to the Cap de Formentor the route is just 10 miles long  (16 kms) but would take around 40 minutes to drive (depending on time of year and number of buses/cyclists).

It can be dangerous in places to pass the cyclists as the roads are just wide enough for two cars. Be very careful and drive slowly. Driving along past Port de Pollensa an impeccable beach town with it´s own marina. We head to Alcudia. The tourist areas of Port d’Alcúdia and Platja d’Alcúdia is where the hotels and beaches are located, but I was interested in visiting the old town of Alcudia for it´s historic monuments. 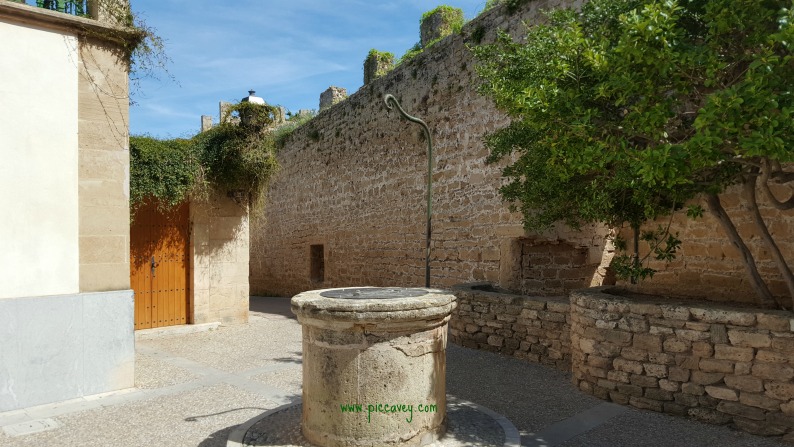 Surrounded by a 14th century city wall, this roman settlement has a quaint feel to its streets and squares. Lots of traditional restaurants and bars are tucked into the different corners of the town. This is a great location to escape from the busier tourist centres nearby.

After driving around Palma de Mallorca, Satorre, Llucmajor, Pollensa, Alcudia andthe Cap de Formentor road we´d made the most of our weekend break. Back off to the airport to delivery the car in time to get the place back home. 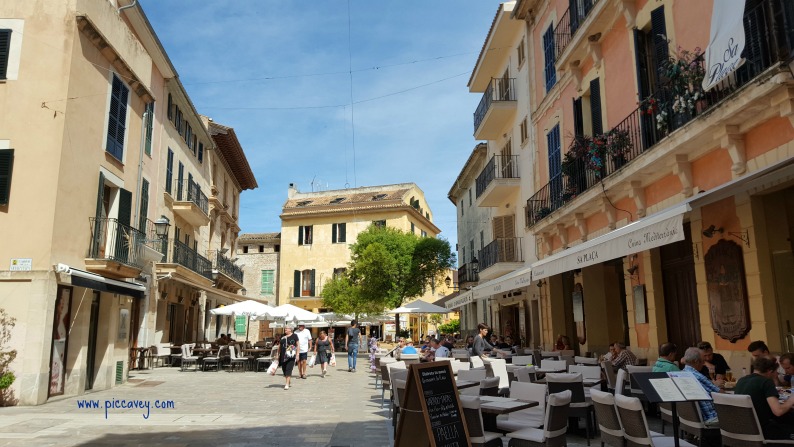 When I rent a car I am always careful to check all the compartments to make sure I don´t leave anything behind (jacket, sunglasses, etc) and I always get the petrol filled up before handing it back to the hire company. *Money saving travel tip* It always works out cheaper that way.

When I arrived to Palma airport the signs into the airport to the hire car areas was clearly marked. It was easy to navigate through to the area I needed to get to. At he Sixt Service point one of the team greeted me and checked the car was OK (no damage). He saw the petrol tank was full and then sent me a Delivery report to my email straight away. This document serves as proof that there is nothing additional to be paid.

I noticed the huge variety of cars that SIXT had in their fleet. 4×4´s for offroading, luxurious family cars…the selection was vast.

A fuss free experience and I hope to get back sometime to Majorca. 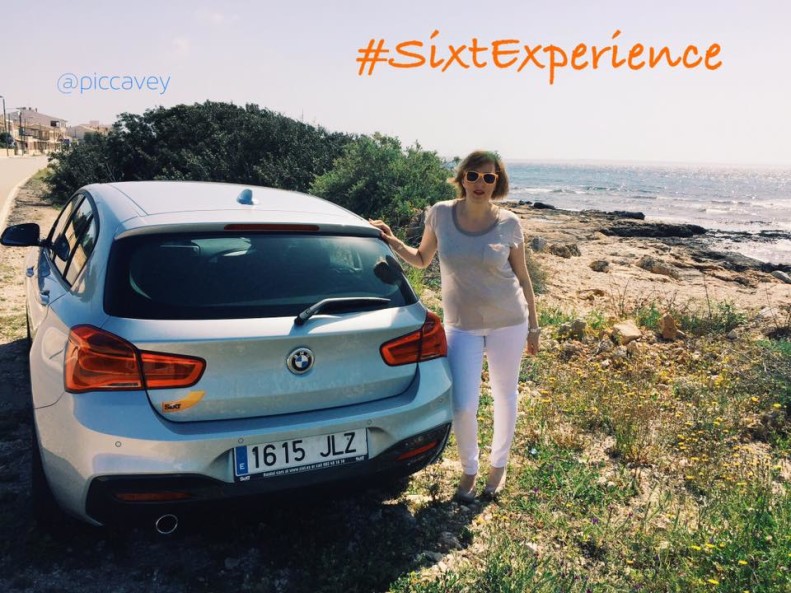 7 Ways to Deal with Drug Addiction