100 YEARS OF DELHI AS NATIONAL CAPITAL 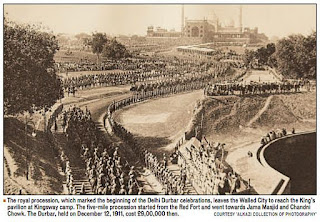 Delhi, as the National Capital of modern day India, turns one hundred years old today. On 12 December, 1911 the National Capital of the then colonized India was shifted by the British from Kolkata to Delhi. With this, the political focus also shifted and Delhi was re-established as the center for ruling the Indian sub-continent. This was not the first time that Delhi, which has reference dating back to 1450 BC, became a capital. Between the 12th and the 19th century AD, Delhi was the capital for many rulers. Siri, Tughlakabad, Jahanapanah, Ferozabad, Dinpanah, Shergarh and Shahajahanabad are the historic ‘seven cities’ that took shape in Delhi. Shahajahanabad, built by Shah Sha Jahan between 1639 and 1648 AD remained the capital of the Mughal Empire until 1857. The eighth city, or the present New Delhi, was built by the British Empire and is the one which is celebrating its 100 years today. 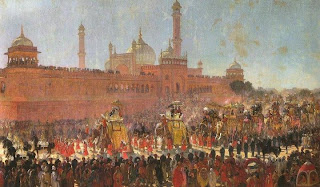 What needs to be understood here is the reason that made Delhi the ‘capital-of-choice’ for many rulers in recorded history. The answer is not too hidden and lies in the city’s landscape and topography. Two characteristic geographic features – River Yamuna and the Delhi Ridge are indeed the reason why Delhi enjoyed the status that it still does. Now aptly called the lifelines of Delhi, the Yamuna and the Ridge are Delhi’s natural resources that have served the city since time immemorial. While River Yamuna ensures the much needed water which is essential for the survival and sustenance of any settlement, the Ridge, the extension of the Aravali range, provides a natural protection thus making Delhi a site of strategic importance. The river on one side and the Ridge on the other made Delhi the perfect capital for any man who had a dream to conquer, conquest and rule. It is a matter of separate discussion that any man who made Delhi his capital could not really last his rule. When the lifelines of a system are damaged its sustainability becomes difficult and its ability to host life impossible. 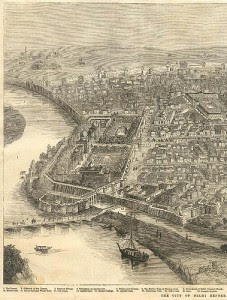 Delhi’s survival and sustainability is intricately linked to the health of the Delhi Ridge and River Yamuna. The Ridge acts as the green lungs, an air purifier, provide a green refuge and what not. The River brings all forms of water – surface, rain and ground water – for the citizens of Delhi and replenishes us.

But in the hustle and bustle of our daily lives, most of us forget this and remain detached from the essential reality that we too are part of the ecosystem and will be impacted by any unnatural adverse change. It is now time to realize this truth and be more aware and informed about our surroundings. On this 100 year ‘capital celebration’, give Delhi the gift it deserves. Give it some of your time and it will only be an investment in your own future. Here’s a toast to a ‘forever’ Delhi!
Some famous personalities from Delhi 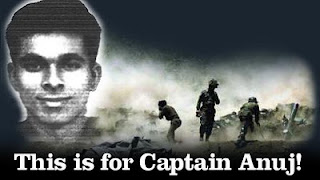 Captain Anuj Nayyar : was the real hero of Kargil war, an officer of the 17 Jat Regiment of the Indian Army, who was posthumously awarded the Maha Vir Chakra, India's second highest gallantry award, for exemplary valour in combat during operations in the Kargil War in 1999. This 100 years of celebration am dedicating to Captain Anuj Nayyar.
Khushwant Singh: is one of the best-known Indian writers. Singh has also written extensively about Delhi.
M.F. Hussain: was one of India's most famous painters. Also a filmmaker, In 1967 he made his first film, ‘Through the Eyes of a Painter”. Shown at the Berlin Festival, the movie won a Golden Bear.
Pervez Musharraf: the former President of President, was born in Delhi
Shah Rukh Khan: one of Bollywood's leading actors, was born in Delhi and has a Masters Degree in Mass Communication from Jamia Milia Islamia, Delhi.
Pandit Ravi Shankar: the legendary sitarist and composer is India's venerated musical icon and is known for his pioneering work in introducing Indian classical music to the West.
Amir Khusro: A Sufi mystic and a spiritual disciple of Nizamuddin Auliya of Delhi, Amir Khusro (or Khusrau or Khusraw) was not only one of India's greatest poets, he is also credited with being the founder of both Hindustani classical music and Qawwali
Must See Places in Delhi
Connaught Place: Connaught Place was named after the Duke of Connaught, a member of the British royal family. A sprawling circular market, it was once the largest of its kind in India. The British believed that a market in the shape of a horseshoe would prove lucky. ‘CP' continues to be Delhi's premier shopping destination 65 years after of its birth. 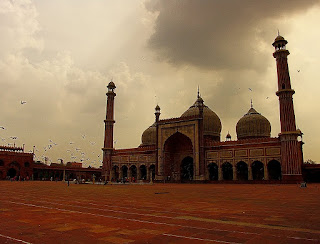 Jama Masjid: Jama Masjid in Delhi is the biggest mosque in India. Constructed by Shah Jahan in 1650, it took six years to complete. The mosque stands on a rocky elevation and is constructed in sandstone and white marble and can be entered from both North and the South Gates. The eastern gateway is supposed to remain open in Friday and was used by the emperor himself.
National Museum: National Museum is rightly called the cultural gateway into India. Set up on August 15, 1949, the museum is a treasure house of antiques and historical memorabilia ranging from sculpture through carving, paintings, jewellery and manuscripts to arts and crafts The museum now boasts of over 2,00,000 works of exquisite art, both of Indian and foreign origin, covering a time span of more than 5,000 years.
Chandni Chowk: A main marketplace in Delhi, is the city's living legacy of Shahjahanabad. Created by Shah Jahan, the fascinating market was planned, as legend has it, so that his daughter could shop for all that she wanted. The market was divided by canals. The canals are now closed, but Chandni Chowk remains Asia's largest wholesale market.
Darya Ganj: Darya Ganj is another exciting shopping centre, popular for its Sunday Book Market. The pavements of Darya Ganj become shopping stalls for book sellers every Sunday. The market stretches for almost two kilometres. Books on virtually every topic are available at throwaway prices.
Raj Ghat Memorials: One of the best must-see attraction in Delhi. The eternal flame of Raj Ghat marks a prominent memorial to Mahatma Gandhi but tributes to other major figures throughout India’s history, from Jawaharlal Nehru to Indira Gandhi serve to inspire and educate visitors as well. 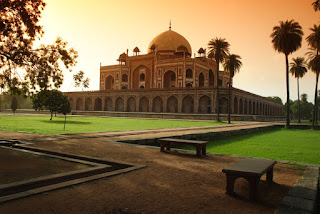 Humayun Tomb: A foremost archetype of Mughal design ingenuity, the 16th century Tomb of Humayun is a red sandstone marvel. Subject to a superb restoration effort which endures to the present day, the mausoleum is one of the most remarkable in the world, if not India.
Akshardham Temple: Delhi is awash with gorgeous temples and places of worship and the Akshardham Hindu complex is no exception. The vast majority of tourists to the city make a pilgrimage to Akshardham and no wonder. The complex is magnificent and the most comprehensive in the Hindu world.
Baha’i Temple: The incredibly progressive Bahá’í House of Worship is more famously known throughout Delhi as the Lotus Temple. A relative newcomer on the cityscape, the thoroughly modern house of worship has become a top photo op in the capital city and has won many architecture awards.
The Red Fort: Which is also known as Delhi Fort, became a UNESCO World Heritage Site in 2007. Construction on the popular capital city landmark began at the behest of Mughal Emperor Shahjahan in the early 17th century. The complex is massive and was once home to more than 3,000 people. As a result, book a few hours to fully explore the must-see attraction. 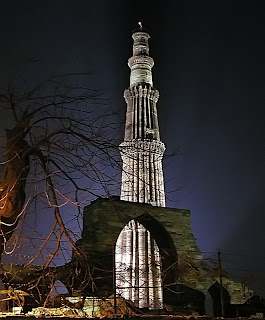 Qutab Minar Complex: One of the excellent UNESCO World Heritage Sites. The first is the incredible Qutab Minar Complex, which dates back to the 12th century. The exemplar of Indo-Islamic architecture receives more annual visitors than the Taj Mahal.
India Gate: This monument has been built as a memorial for the Indian soldiers who died in World War I. There is also a fire ("eternal flame") burning for all fallen Indian soldiers. Located at Rajpath, India Gate is 42 m high and is popular relaxation area during the summer evenings. India Gate also act as popular pinic spot during winter.

100 YEARS OF DELHI AS NATIONAL CAPITAL