Africa, a continent with the largest diversity of topography,plant life and animal life, a place where nature is at its best. The vast grasslands, the huge mountains, the deep valleys and dense forests stand testimony to its years of evolution into an untamed land. Weather it is the Masai Mara, the Kilimanjaro, the Victoria Falls or the massive Serengeti Wildebeest Migration, these are the heart and soul of the African Continent.

The Serengeti Wildebeest Migration is the movement of vast numbers of the Serengeti's wildebeest, accompanied by large numbers of zebra, and smaller numbers of Grant's gazelle, Thompson's gazelle, eland and impala. These move in an annual pattern which is fairly predictable. They migrating throughout the year, constantly seeking fresh grazing and, it's now thought, better quality water. The precise timing of the Serengeti wildebeest migration is entirely dependent upon the rainfall patterns each year – here we explain how the broad pattern works. The Masai Mara is a large game reserve measuring 1,510 kilometers square in south western Kenya contiguous with Serengeti National Park in Tanzania, it is famous for its exceptional population of lions, leopards, cheetahs and its annual migration of zebra and wildebeest which occur from July to October hence known as the great migration while Lake Nakuru National park found in the central Kenya is one of the Rift valley soda lakes, it is at an elevation of 1754 meters above the sea level, the park is famous for the big five and bird’s sanctuary, there are no the elephant in lake nakuru national park. 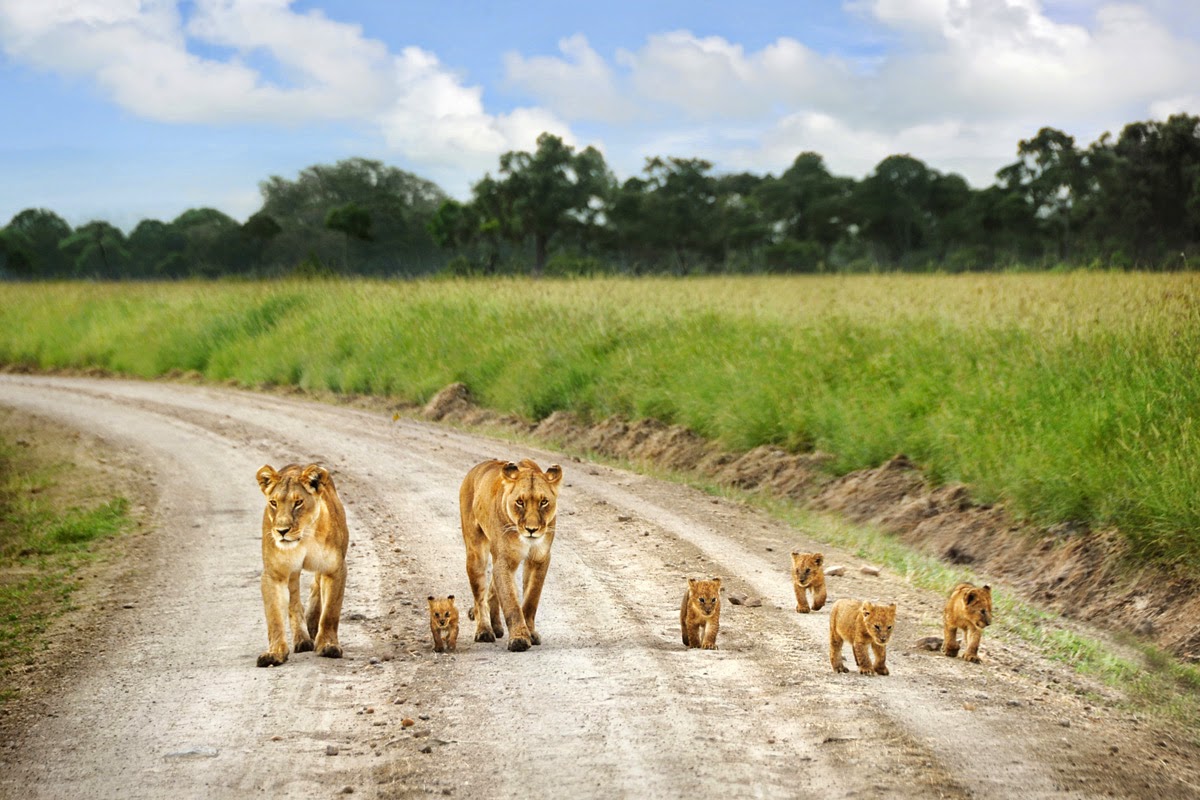 Since its official opening in 1977, Kilimanjaro National Park has become one of Tanzania ’s most visited parks. Unlike the other northern parks, this isn’t for the wildlife, although it’s there. Rather, it’s to gaze in awe at a mountain on the equator capped with snow, and to climb to the top of Africa. At the heart of the park is the 5896m Mt Kilimanjaro , Africa’s highest mountain and one of the continent’s magnificent sights. It’s also one of the highest volcanoes and among the highest freestanding mountains in the world, rising from cultivated farmlands on the lower levels, through lush rainforest to alpine meadows, and finally across a barren lunar landscape to the twin summits of Kibo and Mawenzi. The lower rainforest is home to many animals, including buffaloes, elephants, leopards and monkeys, and elands are occasionally seen in the saddle area between Kibo and Mawenzi. 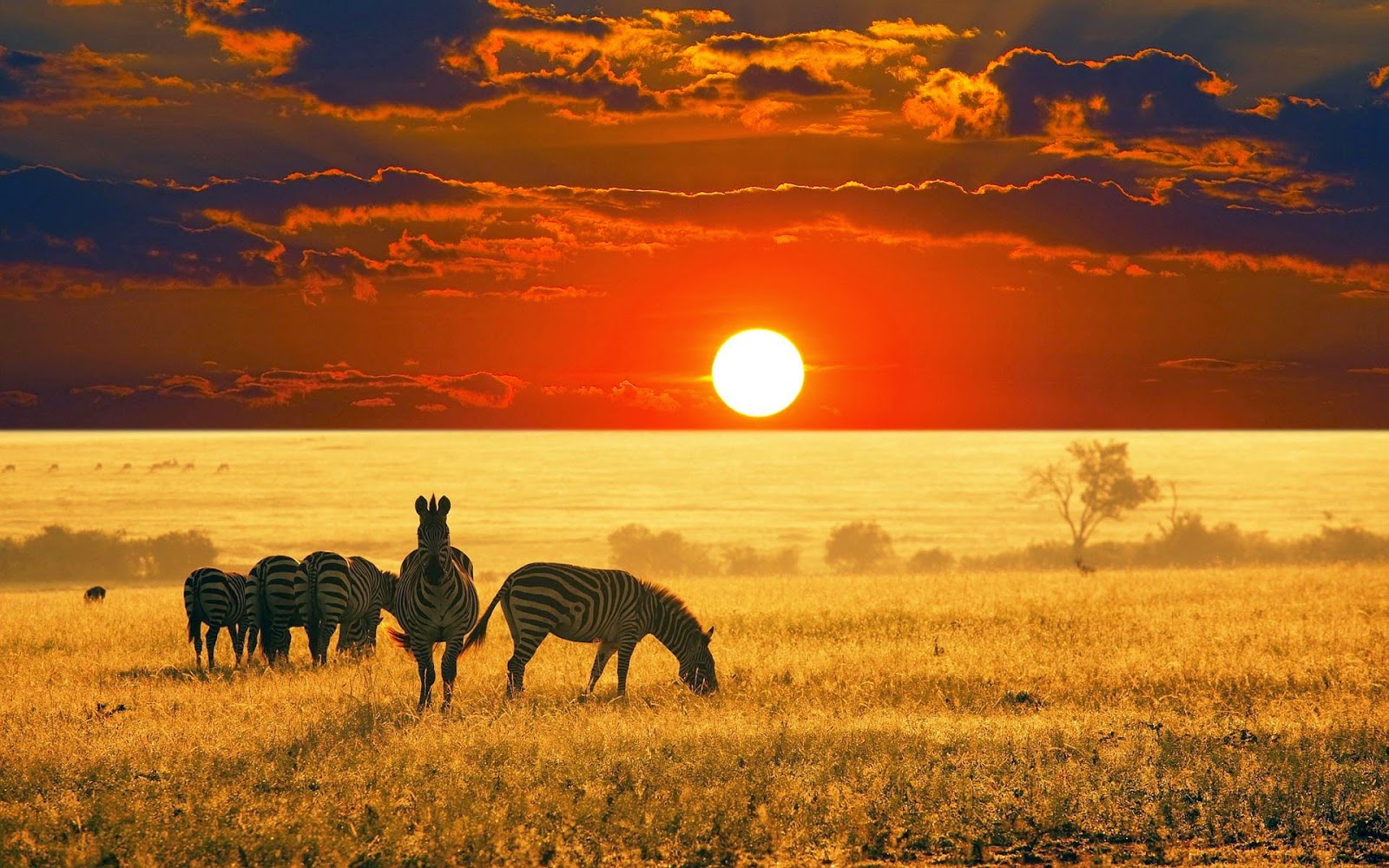 A trek up Kili lures around 25,000 trekkers each year, in part because it’s possible to walk to the summit without ropes or technical climbing experience. Yet, non-technical does not mean easy. The climb is a serious undertaking, and only worth doing with the right preparation. There are also many opportunities to explore the mountain’s lower slopes and learn about the Maasai and the Chagga, two of the main tribes in the area. There are entry gates at Machame, Marangu, Londorosi and several other points. Trekkers using the Rongai Route should pay their fees at Marangu gate.

The Victoria Falls are one of the world's most spectacular plunges. The 2km wide Zambezi River drops more than 100m into a steeply-walled gorge. The Zambian side of Victoria Falls has long played second fiddle to its better-known Zimbabwean counterpart, but trouble next door means Livingstone is positively booming.
For close-up views of the Eastern Cataract, nothing beats the hair-raising walk across the footbridge, through swirling clouds of mist, to a sheer buttress called the Knife Edge. If the water is low and the wind favourable, you'll be treated to a magnificent view of the falls and the yawning abyss below the Zambezi Bridge. Adrenaline junkies can indulge in white-water rafting, abseiling, river-boating, jet-boating, bungee jumping and a host of airborne activities. At certain times of year it is even possible to visit Livingstone Island and swim at the very edge of the Falls, though sadly it's no longer free. Don't get so caught up with activities that you miss one of the most spectacular waterfalls in the world. 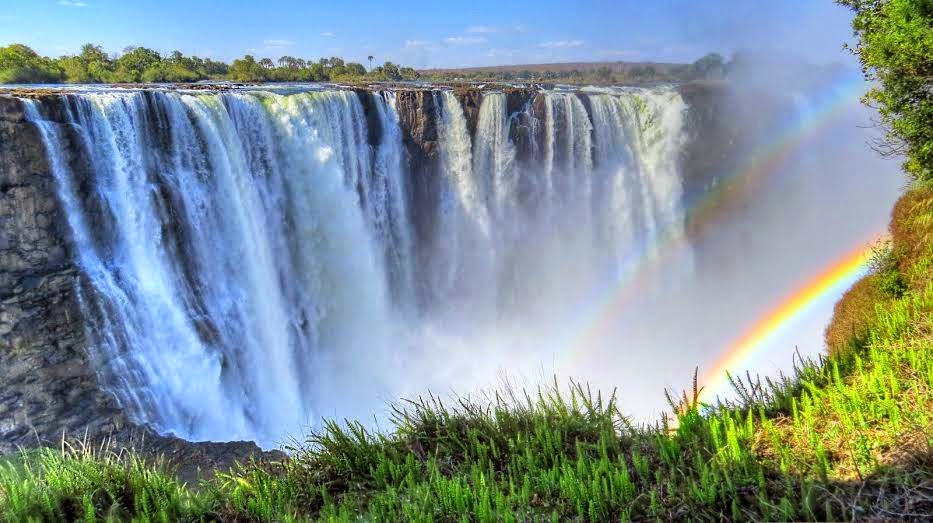 All said and done Africa remains to be the most sought after wildlife and adventure destination of the world, with its amazing diversity of flora and fauna, its the place to be. Enjoy! Visit Africa for Unlimited Excitement.

Karen Wiesner: I Have Dreamed a Littl…
The Jon Gruden Case and Why the NFL S…
Barracuda beach Lagos: Fun things to …
Interview with Tommy Castro
Novedades ECC Ediciones Noviembre 202…