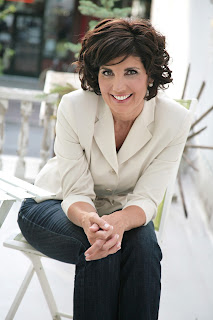 Long time ago when there were still fewer people, there is a couple who lives in a remote area of Santa Barbara. Their small house is located at the foothills of a mound which is far from its neighbors. Their water well is near the Balete Tree which is not far from their house. The husband is working in the city and returns home early in the evening so his wife was left alone in their house.

One day, the Woman thought of washing their dirty clothes.  When she was about to finish her work, she saw a very beautiful ring beside the well.  Instead of keeping it, the woman exposed it in the road so that if the owner returns and looks for it, he or she will immediately see it. After two days, the woman will be doing the laundry again. When she was about to go home and hang dry the clothes she saw the said ring inside her batya. The woman got nervous and hurriedly went to the well. She thought she will be accused wrongly by the owner of the ring.

However, when she was returning to the well she saw a man under the balete tree and smiling at her. Without any hesitation, the woman showed him the said ring and asked him if he was the owner. The man smilingly answered that he was the owner of the ring but he sincerely give it to the woman. The woman got scared and explained that she’s already married and has a husband. She was not forced to get the ring.

When the night falls and the husband returns home from the city. He caught and saw that she was so sick with stomachache. Since they are remotely living far away from their neighbors and town center, the woman died without giving cure or solution to her illness. In his deep resentment, the man left the place and continued with his work in the city as a garbage collector.

Many years had passed and the man continued with his work. One day when he was returning home in a narrow path he saw a small store which he had never seen before. He went to the said store and pretends to buy a cigarette. He was suddenly petrified when it was revealed to him the lady inside the store which really resembled his wife. He asked the woman in the hopes of her being a relative of his departed wife.

The woman confessed the truth that she has three child and a wife of a tamawo (fairy), who is the owner of the ring and formerly residing in the balete tree near the place where they live. When the man learned about it, he wanted to hug his wife only that cold steel bars gets in between them.

They talked intensively while the tamawo or fairy is busy trading in other countries. The woman said that if her former husband wants to be reunited with her, he should go home to the place where they used to live, gather and fill with hays the balete tree. At around 12 o'clock noon of Good Friday of Holy Week, he should light or ignite the hays with fire and the woman will jump out of it.

The man left his job and followed all the instructions of his wife. So when 12 o'clock noon of Good Friday arrived, the man lighted with fire the balete tree and suddenly his wife jumped out of it. Since then, they lived happily together. Several years had passed, however each time 12 o'clock noon of Good Friday comes they can hear three children screaming "Mommy... Mommy..."