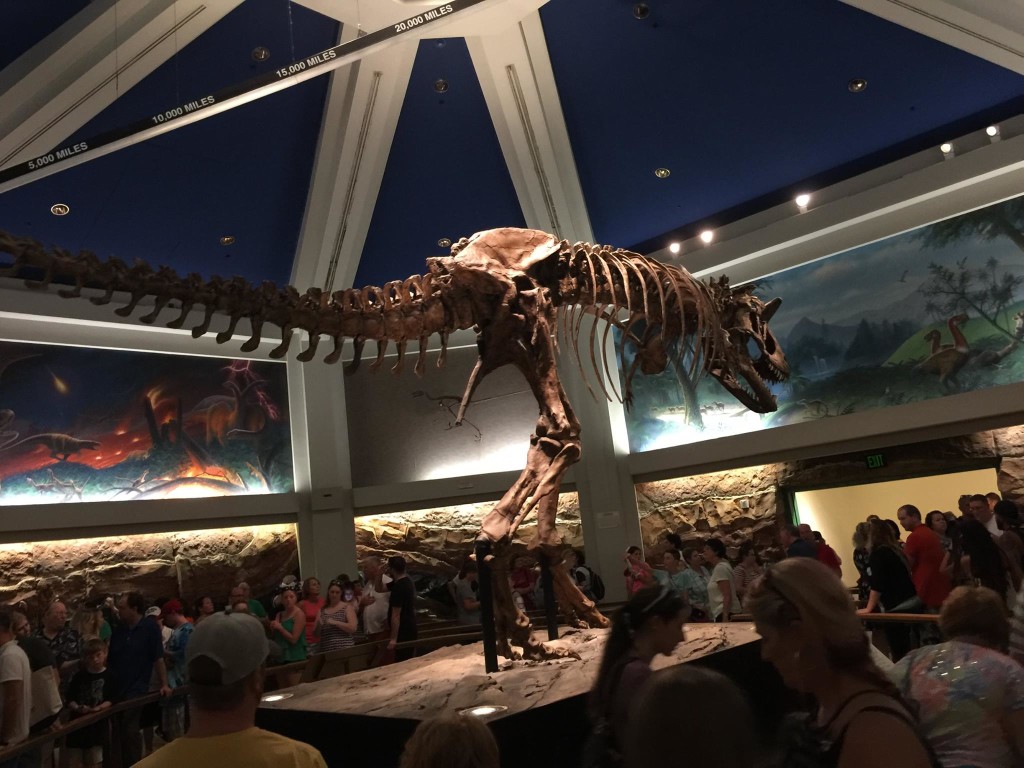 The ride has not changed a lot since the Countdown to Extinction days, however, I noticed it is not quite as intense as I remember in the beginning. Some of the narrative has changed to make it a little more “family-friendly” so it isn’t as scary to younger ones. It is still one of my favorite rides in Animal Kingdom. I don’t find it scary at all, but I do think younger kids may be alarmed by the dinosaurs and the movement of the car. It is very bumpy and can really bounce you around, but don’t worry, that is all within the car itself. The track and floor is smooth and only the car is moving!

As you descend the steps from the Dino-Institute, notice the piping above – ever wonder why the red, yellow and white? It is my understanding those are left from the original sponsor McDonald’s and have the chemical formulas for ketchup, mustard and mayo. Sorry, while I find this interesting, I normally don’t stop and write those formulas down to check.

What do you think of Dinosaur? Do you think it is informative and well as fun?

Find out how the FREE services of a Disney World travel agent can make planning your Disney vacation simple and stress-free!

Debbie and her husband live in Collegedale, TN where her youngest son is going to college. She is a huge Disney fan who dreams of someday retiring and working as a tour guide at Walt Disney World. She has enjoyed many trips to WDW with children, grandchildren and sometimes adults only. It is her ultimate goal to make sure everyone who visits WDW has the same magical time that she enjoys every time she visits.

Want to know when Disney announces special savings and deals? Sign Up to Learn About the Latest Disney Promotions!