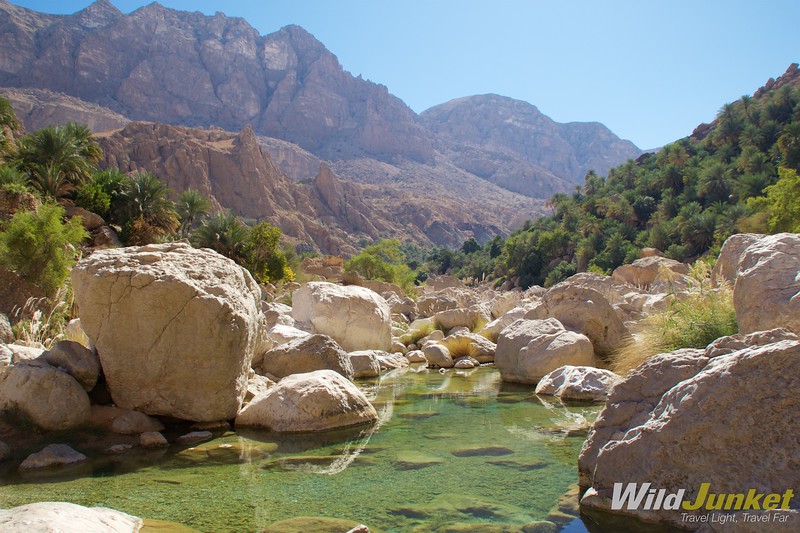 Poised on the southern end of the Arabian Peninsula, Oman shares borders with the United Arab Emirates, Saudi Arabia and Yemen — but it’s distinctively a world of its own.  The country has an embracing society that warmly welcomes visitors; the people are incredibly friendly. Its robust infrastructure also makes exploring its treasure trove of desert, lush green oases and long coastlines very easy and pleasant.

Oman’s economy has developed at lightning speed thanks to its oil wealth — but unlike neighbouring UAE, it has successfully retained its rich heritage, Bedouin traditions, strong sense of identity and pride. Since taking to the throne in 1970, Sultan Qaboos has placed an emphasis on preserving their culture while moving forward with modern times.

As such, traveling Oman gave us a rare chance to experience the Arab kingdom without the distorting lens of excessive wealth and modernization. In the face of modernity, Oman’s sleepy fishing towns, spectacular mountains and wind-blown deserts remain at the heart of the Omani spirit.

Safety and Ease of Travel

Traveling in Oman is very easy, even first-time travelers in the Middle East. In fact, it makes a great introduction to the region, especially for those who want to ease in slowly to the Arab culture without getting overwhelmed. You won’t find the chaos of Egypt, instability of Iran, or the tourist crowds of the Red Sea here — in its place is a peaceful and humble country that has advanced into the modern world while carefully retaining its natural sights.

Due to its oil wealth, Oman is a relatively affluent country with developed infrastructure like good transport networks, well-paved roads and high-end hotels. Well-heeled travelers won’t have to sacrifice their creature comforts here. You’ll find a good selection of upmarket hotels, though backpackers’ hostels are quite limited.

Most people in Oman speak a bit of English, so it’s not too difficult to communicate with locals and find your way around. Oman also has a large international population, with many immigrants from India and the Philippines who speak great English.

Safety wise, there’s nothing to worry about. Oman is probably the safest and most stable state in the whole of Middle East. The country doesn’t have any conflict with neighbouring countries, but it’s still wise to avoid the border areas close to Yemen and Saudi Arabia. 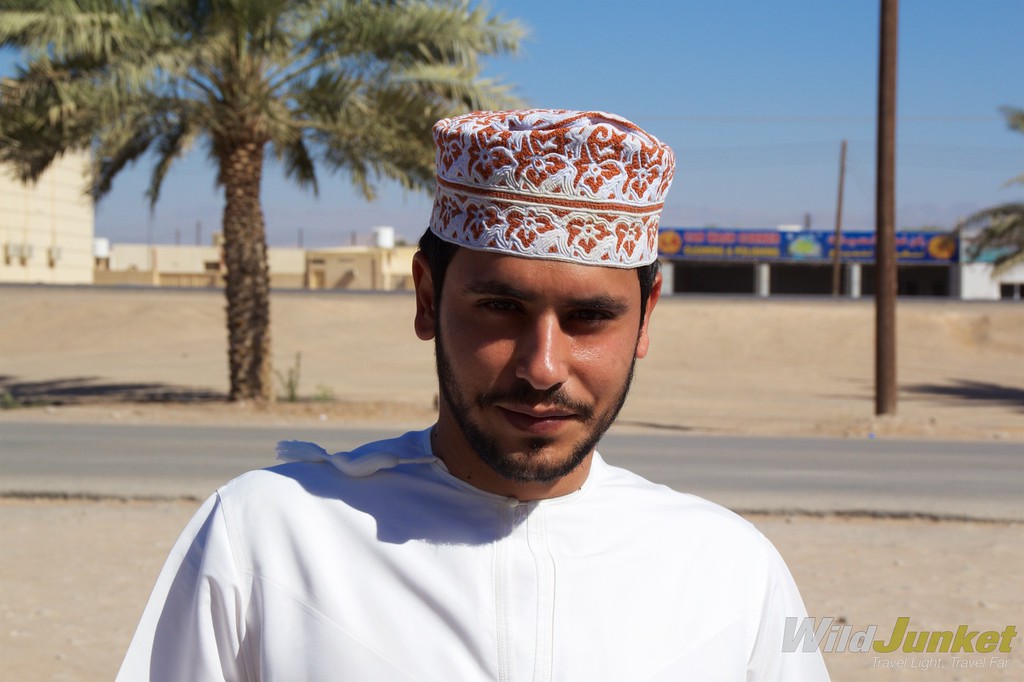 When to Travel Oman

Oman’s climate is typical of the Arabian peninsula, with blazing hot summers and pleasantly mild winters that resemble that of the Mediterranean.

The best time to travel Oman is in winter (October to February), when temperatures are around 25°C in the day and 20°C at night. However, these are also the wettest months. It can be dangerous in the mountains as rain can cause flash floods. However, floods can happen at almost any time so check the weather forecast.

We visited at the end of December (during Christmas) and the climate was just perfect — balmy t-shirt weather, clear sunny skies and not one bit of rain. But if you are hoping to celebrate Christmas or get some festive vibes, then you’ll be disappointed. Remember that most Omanis are Muslims and Christmas is not usually celebrated here.

It’s best to avoid the summer months (April to September) when almost the entire country is scorchingly hot; with temperatures rising into the 40s. During this time, temperatures are only bearable in Salalah, thanks to the annual khareef which descends from June to August or early September. 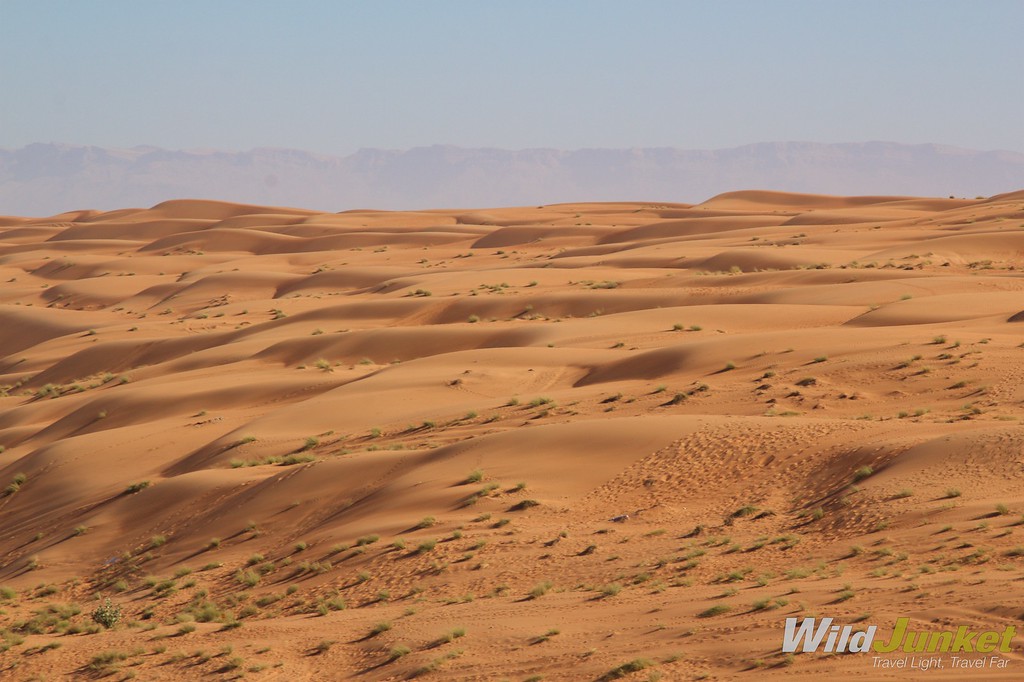 How to Get to Oman

Muscat, the capital city, is the main gateway to the country. It’s easy to find cheap flights to Muscat from many major cities in Europe; but the cheapest way to get to Oman is via Dubai.

We flew to Dubai from Madrid for just US$220 (return) and then spent another US$180 each to fly from there to Muscat return (which takes just one hour). If you’re on a tight budget, there are also regular buses that leave from Dubai to Muscat that take just under five hours.

>>> Check for airfares to Muscat here.

Entering Oman is easy for most travelers. Most nationalities (Europeans, Canadians, Americans, and Australians) can get a visa on arrival at the road border or the airport. A visa for 10 days costs five rials (US$12) or a month for 20 rials ($52). A multiple-entry visa costs 50 rials (US$130) and it’s valid for one year.

If you are arriving from the Emirate of Dubai or from Qatar to Oman bearing a tourist entrance visa or a stamp from either country, you’re not required to obtain a separate visa for Oman provided you travel directly from Dubai or Doha to Oman.

Check this list to find out if you are eligible for visa on arrival. 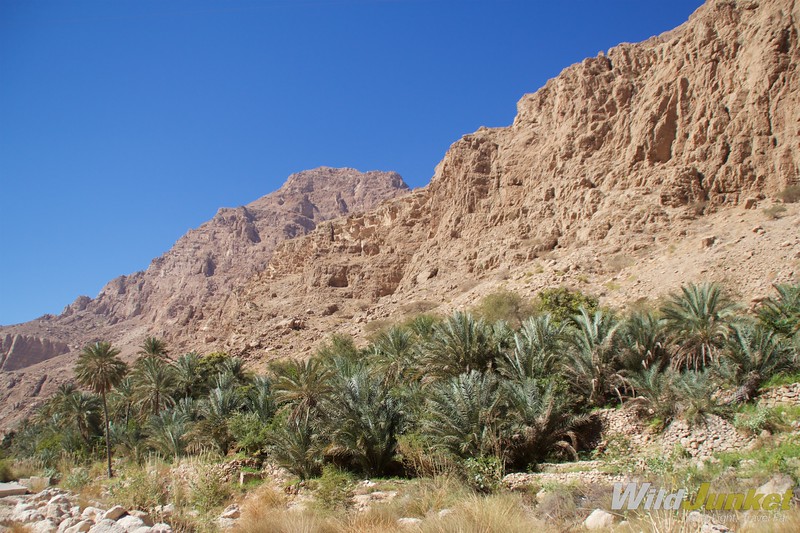 Oman has a great transport network, especially within the capital city Muscat itself. However, most public transport systems don’t serve remote places (like in the wadis, deserts or mountains – which are what most people come to see), so hiring a private car is recommended.

Self-driving is possible here, as roads are well-paved and signposted in both Arabic and English. The highways that criss cross the country are excellent and make it easy to reach most interesting sights from Muscat in just a couple of hours.

That said, it can be easy to get lost once outside the urban areas — you’ll need a map or a GPS. Once when we got lost in the desert (trying to find our desert camp), we spent more than two hours driving aimlessly in the middle of the freaking desert and almost thought we were going to sleep in the car.

If you’d like to veer off the tourist trail and head deep into the mountains or deserts, you’ll need a 4×4. We didn’t rent a 4×4 and still managed to drive up steep mountain slopes and into the sandy desert (though we got stuck several times in the sand and even destroyed one of our wheels!).

That said, we wish we had forked out more money for a 4×4, as we wouldn’t have had to worry about getting stuck and would have driven even deeper into the desert and mountains. Our car rental (a Mitsubishi) cost around US$250 for the week and a 4×4 would be a lot more.

If you’re not comfortable driving abroad or can’t drive, hire a driver with the car. It may cost you more but you’ll be able to explore a lot more. 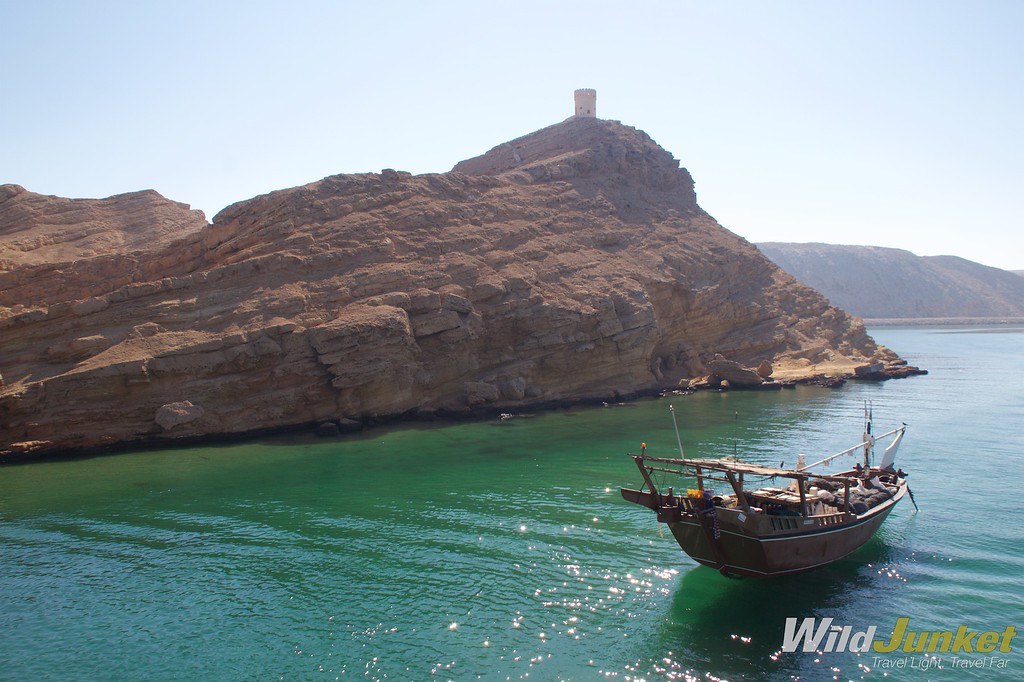 Where to Stay in Oman

There’s a wide array of accommodation available in Muscat, but once outside the capital, the choices are limited and less value-for-money.

Hotels in Muscat are relatively well-priced and good quality — expect to pay around US$50 to $80 for a private double room in a mid-range hotel. Note that Muscat is very spread out – it’s technically made up of several districts, with Muttrah being the historical district. I would recommend staying in Muttrah, as that’s the most interesting area with old buildings, a beautiful harbor and a souk to explore.

Here’s a look at all the hotels we stayed on this trip:

Oman lies along centuries-old spice routes, so its cuisine is a fusion of Persian, North African, Indian, and Arab flavors. Traditional Omani staples include the madrouba (chicken rice porridge), fragrant biryanis (from Indian influence), and desserts soaked in honey or rosewater.

However, we were quite disappointed with the dining options in Oman. We sought out traditional Omani food, but there weren’t a lot of choices and they were quite expensive. We ended up eating quite a lot of fast food and international cuisine in food courts.

The best meal we had on the trip was probably the chicken biryani we had at the simplest and most rustic eatery we found in a desert town near Wahiba Sands. The meal cost us US$5 each and it was just the most delicious and authentic food we had on then whole trip.

Cost of Travel in Oman

Bad news for budget travelers: Oman is not a cheap place to travel at all. Despite having a developed tourism infrastructure, Oman is not a mass-market tourism destination (thankfully!) and has limited accommodation capacity, and thus the relatively high prices.

That said, I’d rather fork out more money to travel in a place that’s pleasantly free of massive tourist crowds. And in Oman, you’ll definitely find the beautiful and well-preserved natural sights well worth your extra cash. In some ways, prices here are like in most parts of Western Europe.

Accommodation is quite expensive in Oman, with a mid-range three-star hotel costs around US$80 a night. You’ll find the best deals and highest standards of accommodation in Muscat — outside of that, you’ll pay the same price for not-so-great lodging. Car rental goes for around $40 a day and meals in restaurants are around $10 per person.

If you’re on a tight budget though, you can easily save on accommodation by camping. Wild camping is allowed all over Oman so just bring your tent along and you’ll be cutting hundreds off your budget. You’ll also find lots of simple eateries that serve fast food (burgers, Indian curry and roti) for very low prices — they won’t offer you local dining experiences nor healthy options, but you’ll be saving some cash.

For our one-week trip in Oman, we spent around US$1500 for the three of us (two adults and one baby) for all our food, car rental, accommodation and expenses. Because it was Christmas, I splurged and booked us relatively nice apartment-hotels that were comfortable and had cooking facilities.

Best Places to Travel in Oman 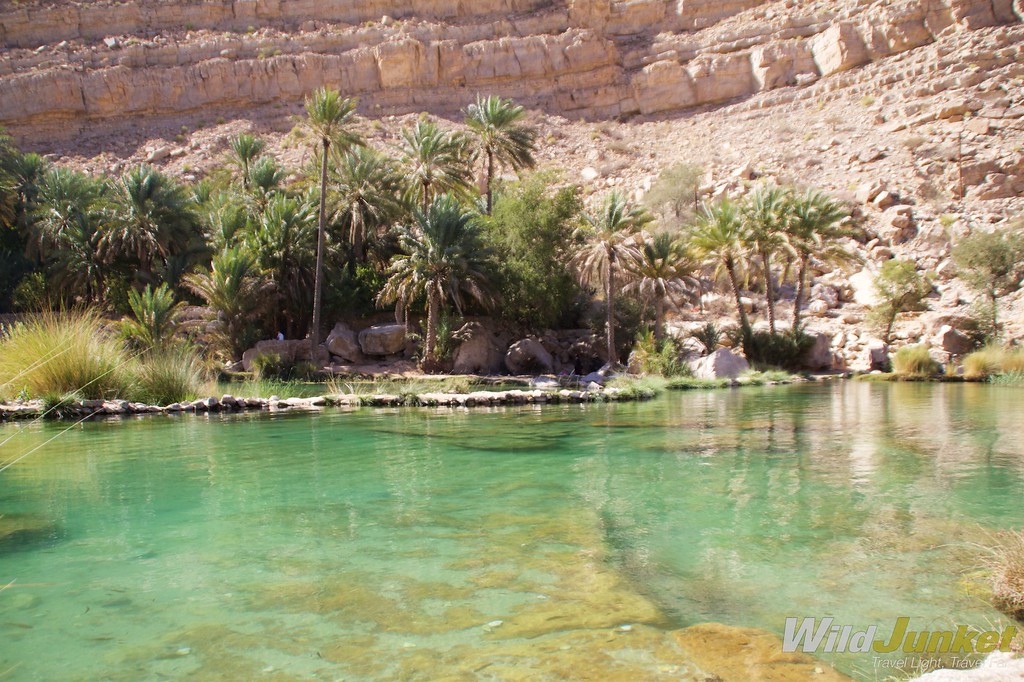 Read More: 40 Photos of Oman to Inspire You to Travel There Now!