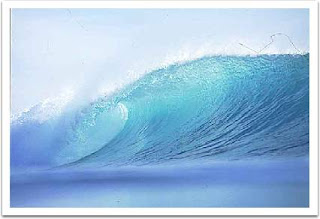 G-Land is an internationally renowned surfbreak situated on the Bay of Grajagan, East Java, about half a day by road from the popular tourist destinations of Bali.

G-Land was first surfed in 1972 by Bob Laverty and Bill Boyum. Bob saw the break from the window of a flight he was on from Bali. When you see G-Land from this perspective, it is easy to see why Bob put together an expedition to find this amazing wave shortly after sighting it from the plane. Bill Boyum went along for the ride and they traveled from South Bali to G-Land on fat-wheeled Suzuki 80 motorcycles. The surf was great on their first trip. Three days of surfing bliss ended with sun-burnt eyeballs and the discovery of one of the planet's best lefts.

A very long, world-class, barreling left hand reef/point break breaks along the east side of Grajagan Bay. It has long been considered one of the world's best left hand waves. The correct name of the point upon which the main Wave breaks is "Plengkung". The wave becomes shallower and more critical the further down the point one rides the wave. It is one of the most consistently rideable waves in the world in season, with offshore winds and often plentiful swell between the months of, roughly, mid April to mid October.

The G-Land surf break has been divided up into several sections. The first, at the top of the point, is called "Kongs", which breaks up to several hundred metres in length, and can hold quite large sizes (from about 2 to 12 feet+, Hawaiian scale). It is not usually a barrel, nor genuinely world-class, but more a series of takeoff zones with some long wall sections, although it can also barrel on occasions. This section picks up a lot of swell, and is rarely less than 3 feet, and can be a saviour when the rest of the point is too small. This wave can sometimes link up with the next section called "Moneytrees". Moneytrees works from about 2 to 10 feet (Hawaiian scale, or about 4 to 20 feet wave faces), usually breaking over several hundred metres, and is a long, testing, barreling, world-class wave. The barrels become more critical the lower the tide and the larger the swell. Moneytrees may also occasionally link up with the next section called "Speedies", with an outside takeoff section between the two called "Launching Pads". "Launching Pads" can catch the surfer offguard, as it can break a significant way out to sea in larger swells. "Speedies" is the heaviest wave at G-Land, but can be a perfect, very round barrel for several hundred metres, rideable from about 2 to 8 feet+ (Hawaiian scale). It usually needs larger swells, and low tide can be very dangerous. Most severe injuries at G-Land have occurred at "Speedies".

It is not common to ride a wave more than about 300-400 metres at G-Land, even though the section of the point where rideable waves break is considerably longer (over 1km long), because the waves usually don't link up with each other.

There are a few other, smaller waves further down and within the bay, which include "Chickens", "20/20", "Tiger Tracks" and a few unnamed others. These waves generally only work on larger swells, but are surprisingly good alternatives when the main point is big. All of these waves can barrel in the right conditions, which generally require higher tides. There is also some right hand waves on the other side of the peninsula at G-Land, but which are fickle, requiring large swells, and no wind or off-season winds.

Another right hand wave is situated about a one hour or more drive, and boat, west of G-Land, which has been featured in Indonesian surf magazines, and dubbed as "Reverse G". It is apparently a quality, long, right hand wave (the 'reverse' of G-Land) but which is very difficult to get to, requiring some boat access, and furthermore only works in off-season winds (about October to April).

HOW TO REACH G-LAND

This post first appeared on Best Vacation Places Around The World, please read the originial post: here
People also like
Outdoor Sofa vs. Outdoor Sectional – What Is The Difference
Home Workouts for Weight Loss
Choosing a Garage Floor Epoxy Metallic Finish
how stress affects your skin and how to manage it
Make Money Online From Home