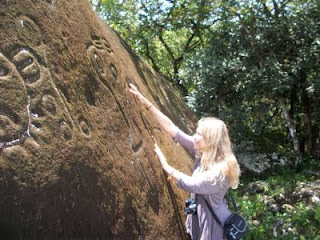 Backpackers in Panama are catching on to a new kind of travel writing that is much more than a series of travel stories in Panama. The Lost and Found appears to be a series of stories about sex, betrayal and mysteries on the backpacker circuit in Panama but each story has been written by authors that know each other and their relationships -- their story -- spiraled into nightmare. The editor weaved their stories, blogs and diary entries into something that flows like a novel. Be warned -- this is no chicken soup for the traveler's soul. It is a wicked broth that will take you to the dark corners of the human soul. (No travel writing has been this graphic and edgy.)

Silent Cry Inc. Hosts Investment Day …
Wine Tasting in Big Bear: Wines You’l…
USDA Encourages Ag Producers, Residen…
Buying Tickets For the Eiffel Tower i…
9 Greek Islands – Mykonos
The editor uses the following logline to describe the book:
In the land of cheap rum and tempting lolitas the maps of right and wrong are redrawn. Acting out their lucid dreams with a group of stunning Latinas in Panama seemed like a good idea but as the dreams grow more twisted Matt and his friends spiral into sex magic, betrayal and violence.
But what is truly remarkable is the ending. It is not just the page turning fury leading to the end -- it is that the end involves you in a kind of live action treasure hunt in Panama City, Boquete and the eponymous eco hostel in the could forest on the way to Bocas del Toro. In each location you walk in the characters footsteps. I was running down the backstreets of Casco Viejo in Panama City past surprised backpackers following every detail of their Lonely Planet book wondering what the hell I was doing. In Boquete I found new esoteric meaning in gardens I had visited multiple (boring) times. There is no way to describe the experience other than to say it is like taking a book you loved and multiplying it tenfold by living it. Or taking a backpacking trek in Panama and turning into an adventure that will leave your head spinning. For those not in Panama there are virtual tours of the location made by the author's themselves but I have done both… there is nothing like chasing down leads and playing detective in exotic locals like Panama.
The author has given permission to post the first part of the book. It follows here. But remember; if you are squeamish do not read the next post. The book jolts the reader between edgy humor, graphic sex and dark violence in the turn of a page. The book is available for the Kindle, Kobo, iPad, PC (PDF) and Nook for free to readers of this blog HERE.