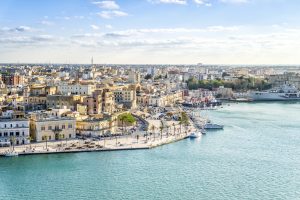 Dating back to 312BC, the Appian Way was one of the most important roads ever built under the Roman Empire. Heading south out of Rome this thoroughfare would eventually reach the port city of Brindisi in the ‘heel of Italy’ from where shipping routes with Greece and Egypt were established. The city’s strategic importance remains important to this day in helping facilitate trade with Greece and the Middle East. The port is more accustomed to seeing ferry traffic than cruise ships with frequent services crossing the Adriatic to the Greek Islands of Corfu and Zante. However, a number of cruise

Hired an Autosleeper Duetto
4 construction companies with great w…
Three Lucky things that have happened…
5 Things You Should Do While You’re I…
Amazing Aquatic Minecraft PE Seed [1.…

5 Things You Should Do While You’re In San Diego