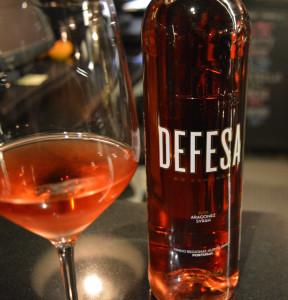 This week we traveled into Washington, DC to discover wines produced by winemaker David Baverstock at Esporão in Portugal. The wine and dinner event was held at the G Restaurant which is one of Mike Isabella’s many restaurants.

Several Esporão wines were paired with a delightful four-course dinner. These special courses each had our separate dishes that offered a taste of what is to come at the soon to be opened Arroz restaurant by Mike Isabella.  Mike is a well-known chef who is opening a restaurant based on Portuguese and Spanish food styles at the Marriott Marquis in Washington, DC.

Our evening at the G restaurant began with a 30-minute interview with David Baverstock, who is the head winemaker at Esporão. We discovered he is not only knowledgeable but friendly and easy to talk with. David also has an interest in crafting wine in traditional clay vessels but uses modern winemaking techniques. David noted that his “amphorae” are not buried in the ground.

Soon we were escorted to the area of the G restaurant where others were gathering to enjoy the evening. We were offered a delicious sparkling wine quickly followed by a rosé. In a few minutes we were seated. Most of the seating was done as family-styled  seating with guests encouraged to pass the numerous special dishes around the table. David Baverstock was introduced and spoke while two white wines were poured to be enjoyed with the first course.

The ARROZ Menu with Esporão Wines 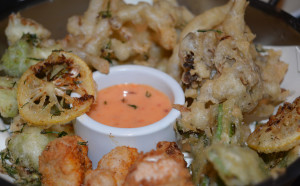 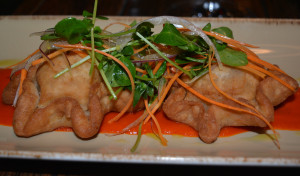 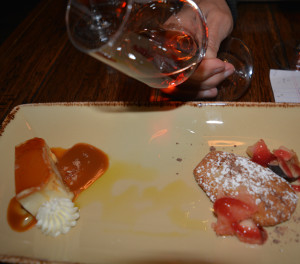 The wines and foods of the evening enhanced each other with neither overpowering the other. All of the different foods were unique and well-prepared. If you are looking for Portuguese or Spanish cuisine, you will want to visit ARROZ when it opens in 2017.

I really enjoyed the first course Sweet Bread Tempero, which offered a very light delicate covering and  paired very well with the first two white wines. The pastéis with braised pork and watercress and melded together with hints of onion offered a delightful mouthfeel with numerous flavorful tastes.

My favorite wines of the evening were the Esporão sparkling wine and Esporão Reserve. I also enjoy the Quinto dos Murças which was smooth and tasty.

Watch for the virtual article about Esporão winery, coming soon! This article will include our notes of the interview with David Baverstock.