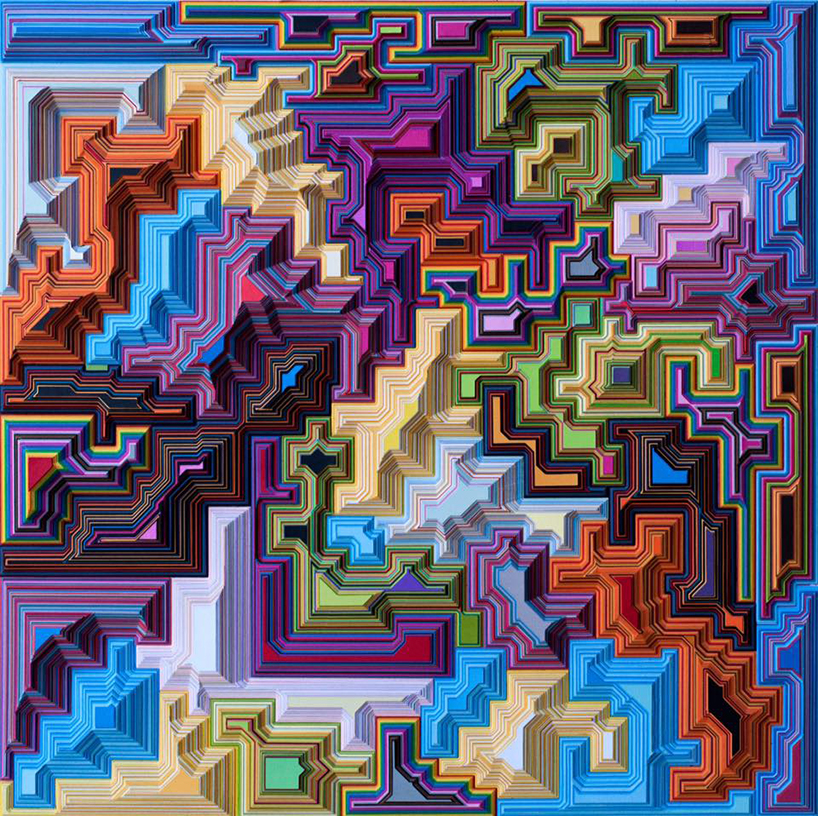 Jacob Leary is an artist whose work spans a variety of mediums producing interconnected visual ecosystems which feed off, conjoin and create circuits within his larger practice. In his latest project, Leary’s works are composed through an intense and laborious process that combines Digital drawing with more conventional modes of hand-crafted assemblage and collage. The sculptures he creates are reminiscent of topographic land masses – mountains of geometric forms undulating in a mass of exploding color.
Leary‘s works start as two dimensional shapes or ‘territories’ as he calls them, but grow into worlds based on patterns and algorithmic systems that inform the artistic process of composition. Underpinning the conceptual rigor of his approach to his art-making is a fascination with the ‘nature of organization – different systems of organization, processes of organization and how we understand it. The artist is influenced by the technological processes of software such as adobe photoshop and how these digital tools are used to build and create virtual worlds. By combining the algorithmic process with an organic or intuitive artistic approach, Leary’s paper cut sculptures grow into extruding and submerging three-dimensional worlds. 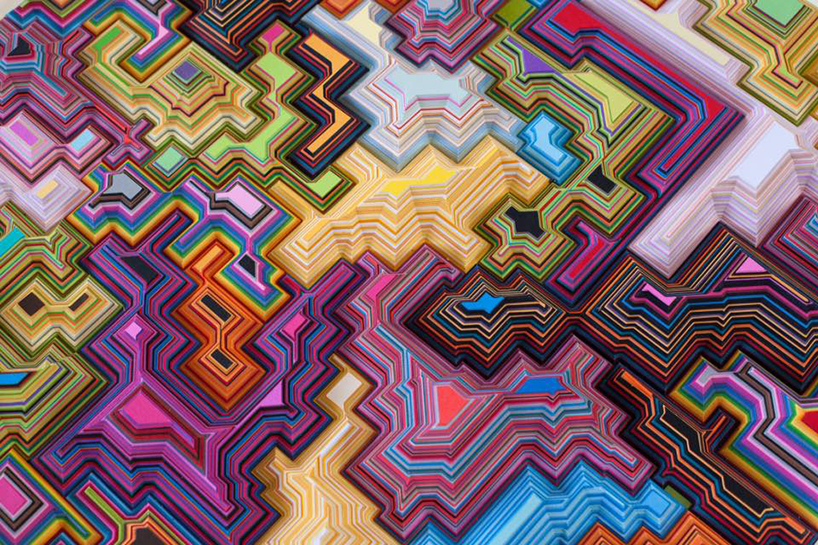 Details of the Geometric1.

Leary’s artworks are very physical where each work is composed of a dense series of layered forms and colors. As the layers build upwards – creating both negative and positive spaces – he creates a diorama-like sculpture that is reminiscent of some science fiction land. They are pixelated in form and speak to a higher conceptual approach. He creates worlds that ‘mimic and highlight processes inherent within contemporary existence and technological growth, plus many other things’ he explains. The worlds he creates become a translation of a digital language into a physical and alluring object. These worlds can seem, at first glance, like chaotic color-masses, but on closer investigation what becomes evident is a hyper-ordered landscape of color and texture. 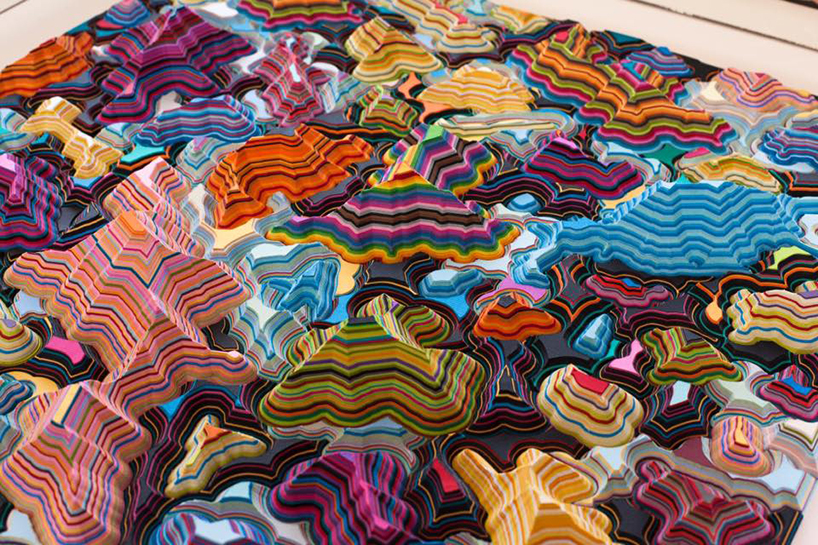 The sculptures are a mapping of his investigations and translations of that which captures his attention. In mapping out his thoughts, the artworks Leary creates are a visual rendering of ideas investigating complex and varied themes of process and organization, science and algorithms, cultural memes and philosophical constructs. While there is a dense layering of conceptual rigor behind his practice, the sculptures are entirely accessible and engaging. 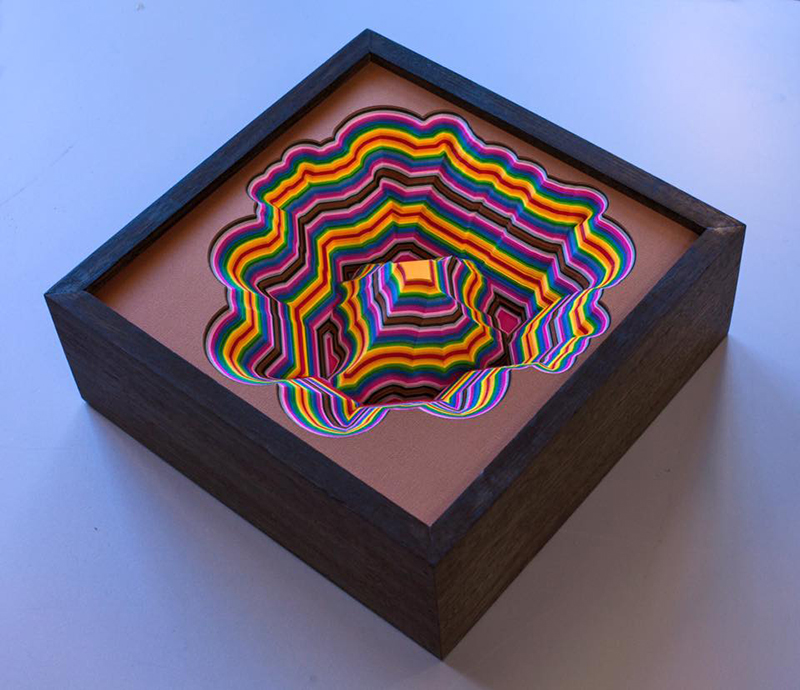 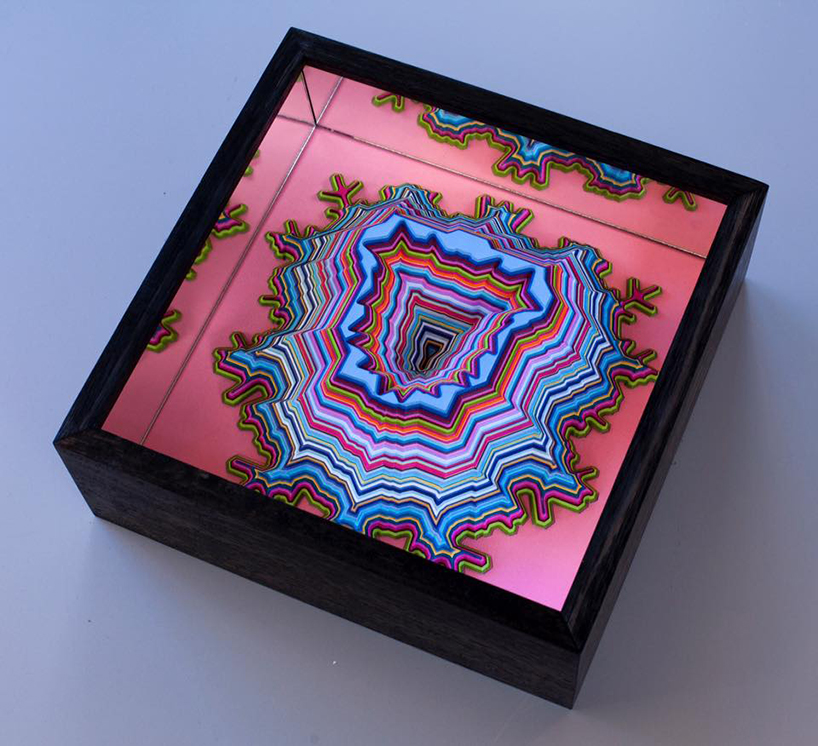 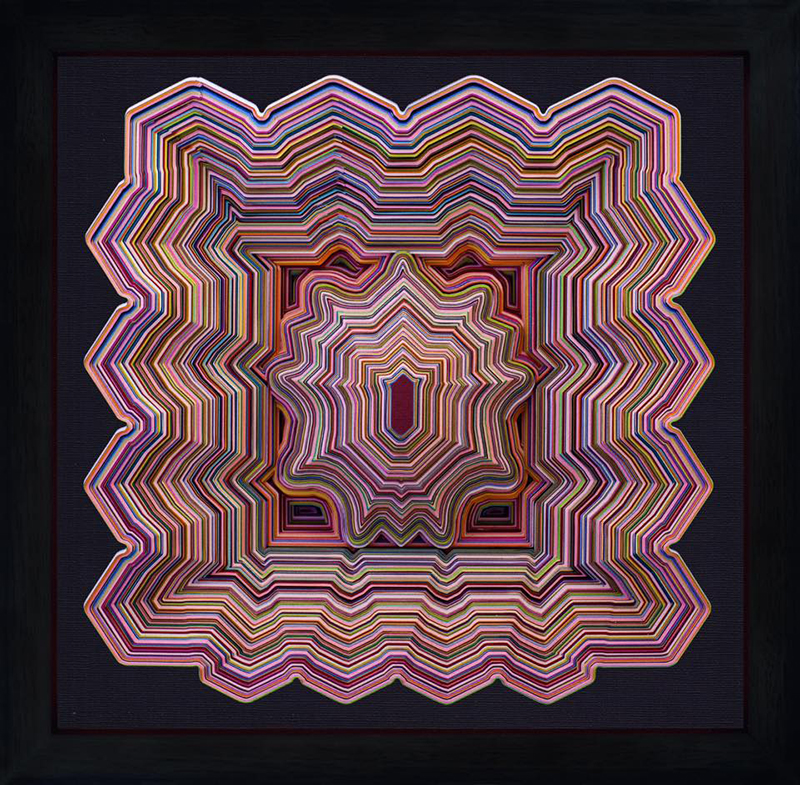