February 25th 2016
View original
I have to admit, that this part of the trip is one that I never thought of traveling. And I can clearly say that I was wrong and that I would gladly return to them given the chance.
Krakow was an unexpected jewel find. Although it was always a place I was told I should visit, since a friend of mine lives there. So Agata if you are reading this I hope to meet you there again soon!

So we arrived late to Krakow and went directly to the hotel for the night. The following day was when we got to have the walking tour and had time to wander around. 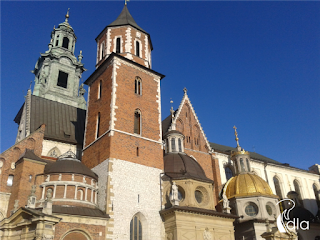 We have to start with the Castle and its myth of course. It is said that in the mountain there used to live an evil dragon, so of course it was defeated and the castle is now build in its place. Not only did I find the tale amusing but I enjoyed seeing images of the dragon all around. In the castle not only will you find the cathedral but also one of Leonardo da Vinci’s most recognized artworks “Lady with an Ermine”. 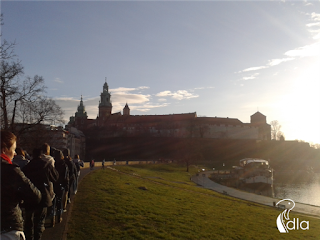 Then we passed by the house where the Pope now Saint Jonh Paul II lived. As he was of polish birth. We entered the old town and went to the main square where a wonderful Christmas market was taking place, next to the church which has a story of its own. I was pleasantly surprised by the Krakow. 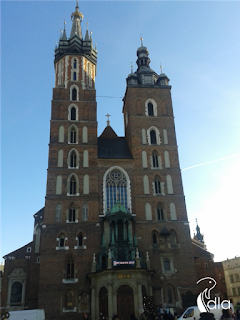 Unfortunately I can’t talk a lot about Budapest, Yes we were there but the mix of really thick fog, didn’t let us see much on the driving tour. Although it did give us some great pictures in Fisherman’s Bastion. It gave all the pictures a mystical sense to them. 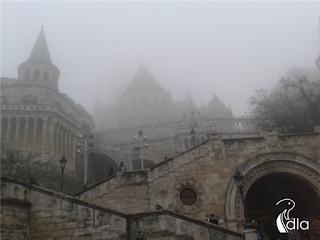 The other reason was we were there on Christmas an as you can expect a lot of things where closed so all we got to do was a little walking tour, to the Millennium monument, on which you would find the contemporary art museum and the fine arts museum, which were closed but seemed quite impressive. 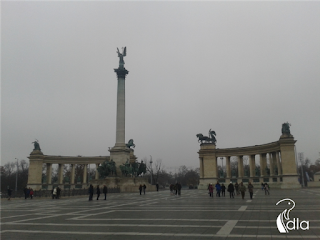 ( I also have to note that I got sick on this part of the trip and completely lost my voice, so a big thanks to Emma my trip buddy who became my interpreter , you are the best!)
*All images are my own*
Follow me @ Twitter http://twitter.com/designerloveart
@ Instagram  https://www.instagram.com/designerlovesart/