Design Metaphysics: The Harmony Between Meaning and Purpose

This is a lecture given as part of a design workshop, “The Tao of Design”, sponsored by the Kasama International Exchange Group, Kasama City, Ibaraki, Japan, Aug 14-22, ‘99. It has since been edited.
Ever since I was a child I've heard the word design used in many different ways and in many different circumstances. Yet I remain uncomfortable with any one single definition of design. Design still remains very mysterious to me. Design is a difficult phenomenon to fully grasp in its entirety. Yet most everyone has some idea or inclination of what design is. Design influences us everyday from the style of clothes we wear to the plans we make for our vacation.
Design seems to involve different kinds of knowledge acquired through our experiences and it is through these experiences we tend to secure our interpretation of design. These viewpoints concerning design seem to satisfy our own perception of the world. Design appears to be very subjective in character.
I believe we have succumbed to defining, describing and perceiving design at a very superficial level. Generally, we believe design to be part of a process, a process that is involved in the creation of objects and images in a three dimensional space. Subconsciously, however, we know that there is more to design than the making of forms and images. Spiritual and emotional influences contribute to the mystery of design. They meaningfully appear to be cloaked in everything we say, think and do.
In today’s world we are inclined to interpret design scientifically. We attempt to validate our impressions in a “scientific” manner. Undeniably the reduction of design into manageable and measurable parts has an inherent importance and quality all its own. Alone however this view appears out of balance. Misguidance stems from an apparent imbalance in either our thinking and our sensibility. Science has created our looking glass into reality yet we also know that our feelings bring a meaning and a purpose to all that we observe and sense. Our perceptions are in constant flux and seemingly emanate from a source lying far beyond identification.
The word design originates from the Latin word “signum” meaning the “action of making a mark or sign”. According to definition design may be interpreted as an activity that focuses upon the creation of signs or symbols. It also implies that design is involved with something more than just the physical creation of artifacts.
Design gives meaning to the creative process by forging the symbolic links between events and experiences. Design implies that there is an observer (participant) involved in this process. An observer must be a participate in the creative “event” for the purposes of perception, interpretation, experience and creation. The concept of consciousness is required in order to interpret and/or translate design’s signs and symbols. Design implies that the potential for bringing both a meaning and a purpose to this awareness is also a major factor in comprehending design's effectiveness.
We are symbol perceivers and symbols makers. Similar to the relationship between a receiver and a transmitter we naturally observe, perceive, interpret and transform intangible vibratory frequencies of energy every day. These vibratory impressions could also be viewed as having certain plasmic, i.e. etheric qualities, that seem mental, emotional and physical in character. These impressions are all multidimensional in complexion. Energy, light and information are characterized by virtue of a discernible signature (configured frequency) in perpetual flux. 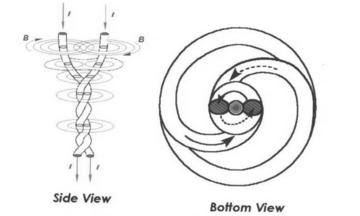 Thoughts and feelings are closely matched (Kama Manas) and interwoven as if to appear as one single force or potency. Together they emerge from a chaotic and tumultuous state beyond our imagination. Together they characterize a type of compulsion attracted and sometimes linked to other vibratory influences of like-kind, each contained within their own particular matrix (field) of perpetual flux in the form of energy-in-motion. These vibratory impressions are incorporated into everything we sense, together they create the configurations, events and experiences we perceive as consciousness. 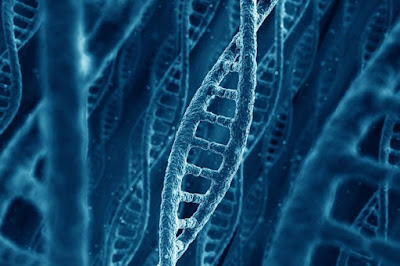 Consciousness appears to have an order to it. Consciousness participates in a complex geometry that appears to emerge from beyond constraints of knowledge and understanding. Consciousness is instrumental in creating a sense of dimensional permanence. Design re-presents every event and experience we interpret as being our own. This is a unique phenomenon made relevant by means of a variety of impressions - whether they materialize in the form of an object, a feeling or thought. Design accommodates every situation found hidden within the transformation of energy, light and information.

Design brings to the forefront the concept of consciousness by means of actively unveiling both its meaning and its purpose by virtue of its presence.
Design brings to realization the concept of energy in transformation, i.e. energy-in-motion. Energy quickens and eventually morphs into a "state" found to be part of the transformative process of energy in motion (e-motion). The design process recognizes the concept of an observer as encircling the only valid source of reality. Everything else is determined, defined and described in reference to a single source conceptually created by more than one single observer. The concept of consciousness is of little consequence if light (vibration) could never be sustained within in a relative state of form. Energy appears to be "designed" to sustain itself through the symbolic arrangement of patterns representing a perpetual transformation of circumstances and situations.
Vibratory cognition is dependent upon the substantiation of light’s reflections; a condition which is entirely contingent upon the sensibilities of the observer of the event. Light is the quintessential form of energy in motion.
Each design is a symbolic reflection identifying what might be considered a degree or aspect of consciousness brought before awareness by means of experience. These experiences are more than just “things” or events they are symbolic of a virtual reality, or state of being we perceive and describe as experience.

The world does not exist of things _ rather they are the outcomes of our imaginings and symbolic impressions, i.e. products of our mind’s desires made "real" by means of our ability to configure 3D space/time. Humanity participates in a universal design process capable of symbolically manipulating patterns of energy found within the constraints of 3d space and time. These patterns take on the form of ideas.
Design is multidimensional in character yet symbolically locked within subjective and objective constraints. Design can be interpreted in the form of a sign, a symbol and/or a process. Design can be viewed from either a personal or collective POV, or from a position opposite a point of consideration thereby creating the context in which further positions can be referred.
Signs are generally very pragmatic and functional in character. Most everything that can be directly or indirectly interpreted by means of our senses could be considered a sign. A sign is typically physical in makeup, a sign could also reveal a hidden quality summoned in support of its appearance.
A symbol unlike a sign possesses a transcendental type of quality all its own. A symbol appears to be very meaningful. By use of reason, reference, association or resemblance a symbol typically suggests something that cannot be seen or necessarily known. Rather a symbol hints towards an emotional undercurrent that is by lesser or greater degree, detected and/or sensed by the observer. In other words, a certain situation may be more greatly “felt” in contrast to another and therefore appear to be more meaningful in character. At first glance certain events, experiences and objects may appear to be similar, yet every situation will be interpreted differently. Symbols seem to express and to a certain degree are measured by means of their influence upon the observer.
The concept of design should be interpreted from the level of a symbol, for it is upon this premise that the most expansive explorations surrounding the concept of design can be undertaken. Design’s holistic properties are revealed when deciphered both at symbolic and systemic levels of interpretation/translation. Viewed systemically design solicits the arrangement of an assortment of discordant elements never before appraised or examined (synergy).

Design is a catalyst in the search for patterns of energy, light and information never before considered amidst the turbulence of chaos. 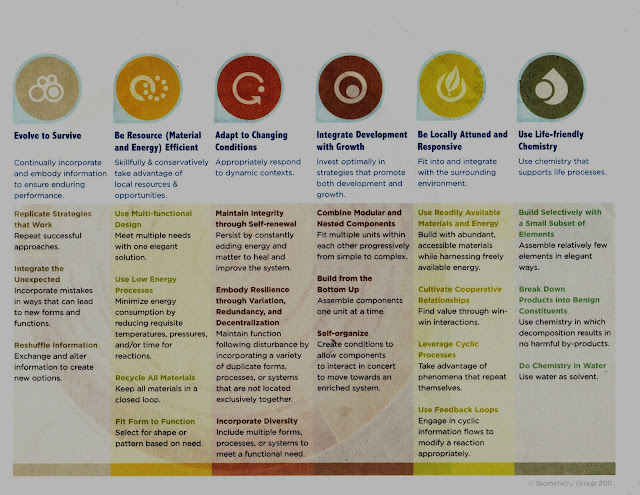 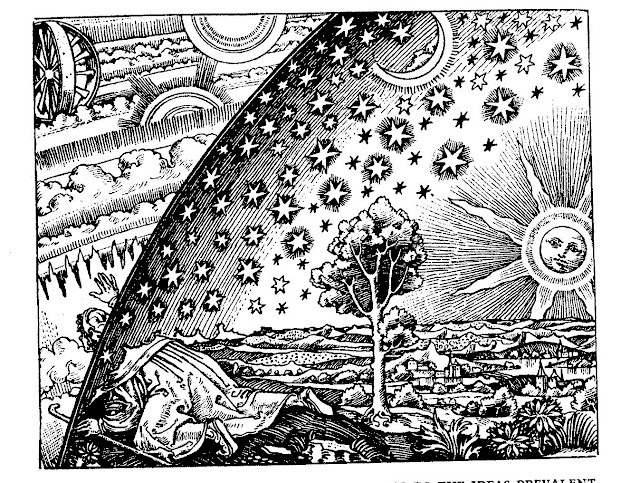 The implication of not knowing is an integral part of the design process as it opens the door to curiosity and imagination. Outcomes in the form of matter and holographic imagining are purposely hardened and/or meaningfully congested events experienced along the way.
Upon the fulcrum of design rests two characteristically opposing POV assumed to be positioned at odds with each other. A POV is merely a perspective of an event that is actually a sweeping apparition (hologram) harboring little meaning or purpose until placed into subjective reference and/or context. Many designs are often overlooked as result of the volume of images and impressions that barrage our collective (objective) field of awareness every day.
Surrounding and actively integrated within the field of meaning can be found the emotional qualities of an event or experience, e.g. its feeling, mood and impression which may be passionate, powerful, temperamental, sensitive, poignant or moving, heartfelt, tearful, spiritual, dramatic, sad, touching, or tempestuous, etc. in quality and character. Each in its own right brings a certain significance and particular importance to every situation while actively packaging the event or experience within the context of what might be considered a preconceived impression or cognition.
About the other position is a POV that encapsulates a purpose in reference to the desires (direction) of the observer. Within this field are attracted the mental qualities of an event or experience, e.g. the reason, intent and point of pursuit which may serve a function, resolution or conviction, a commitment, motivation or ambition. Again each impression brings with it certain significance to the event or experience. Together they afford the potential to bridge any gap between them by means of creating a greater field of symbolic references we include as part of the design function. 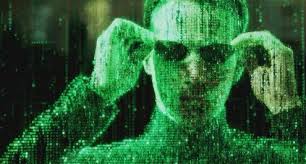 Consider these fields overlapping and together creating a greater field of meaningful and purposeful holography in perpetual motion - always changing as result of the contextual differences between events and experiences while simultaneously finding expression (both hidden and apparent) within and beyond any one single POV. From any one symbolic center, i.e. point of reference considered the source, subjective interpretations of the surrounding field appear transferred into a reference of either our own choosing (subjective) or that of the collective (objective). The choice is of our own discretion. A frequency may or may not correspond to the vibration of our own matrix therefore incurring little or no response. Connections are made, awareness is engrossed and what we perceive as reality is again inter-woven within the hallmarks of our own field of conscious awareness, i.e. blueprint.

Every holographic expression appears to possess both a meaning and a purpose due to a POV stationed in a dimensional concept and interpretation of space/time. Every purposeful projection and meaningful interpretation is a reflection gestated from within a field of our own creation and generation – ever expanding and contracting within a context that can only be defined as the unknown.

Discernment is an integral part of self-mastery. You may share this post as long as author, copyright and URL http://designconsciousness.blogspot.com/is included as the resource and shared on a non-commercial no charge basis. Please note … posts are continually being edited over time. Copyright © 2006-2016 C.G. Garant. All Rights Reserved. Fair Use Notice.

Design Metaphysics: The Harmony Between Meaning and Purpose