Conceptual impressions surrounding this post are yet to be substantiated, corroborated, confirmed or woven into a larger argument or network.
Vectors, i.e. projections of energy-in-motion, generate wave formations within a quantum Field of virtual potential. The vector begins to spiral due to resistance when observed from within the parameters of the Higgs Field therefore gaining mass.

30 Cheap & High ROI Home Renovations …
Monetizing Hobby Through Online Cours…
What is enzyme immunoassay
The Science Behind Weight Loss
X-Ray tube repair & common causes of …
"The Higgs field is a field of energy that is thought to exist in every region of the universe. The field is accompanied by a fundamental particle known as the Higgs Boson, which is used by the field to continuously interact with other particles, such as the electron. Particles that interact with the field are "given" mass and, in a similar fashion to an object passing through a treacle (or molasses), will become slower as they pass through it. The result of a particle "gaining" mass from the field is the prevention of its ability to travel at the speed of light. Mass itself is not generated by the Higgs field; the act of creating matter or energy from nothing would violate the laws of conservation. Mass is, however, gained by particles via their Higgs field interactions with the Higgs Boson. Higgs Bosons contain the relative mass in the form of energy and once the field has endowed a formerly massless particle, the particle in question will slow down as it has now become "heavy".
https://simple.wikipedia.org/wiki/Higgs_field
This consubstantial field gives expression to a series of contrasting qualities by means of a single vector penetrating what appears to be an unknown field. Substance (Higgs Boson) becomes formed and harvested (made known) from a position within the very contextual field in which the initial event originated.
By design this vortex of energy becomes converted, archetypically encoded via the Higgs-Boson and transformed. By means of this process energy adapts in reference to the contextual field in which such events occur. Certain vectors result in the "massing" of field material thereby creating an identifiable universe of their own.
The concept of form and the practice of geometry find symbolic expression by means of position and strings of energy between particles.
“One boson in a state can stimulate or induce another boson into the same state, causing a quantum event (eg. an atomic transition). These currents, i.e. vectors of microcosmic origin, blend and fuse two or more events into a commonly shared quantum field. Bosons can be attracted and/or repulsed by positioning themselves within this field. In turn each boson has the potential of becoming a fermion * thereby acquiring the ability to co-create by linking themselves between other points of energy that are constantly moving and changing. Such undertakings are dependent upon the context, i.e. situation/field, in which each event and/or experience takes place.
Identical particles have special quantum interactions, and the two ontological classes have fundamentally different natures: bosons are gregarious, and fermions are solitary.
* The solitary property of fermions leads to the Pauli exclusion principle, and to all chemistry and universal structure in general... Fermions are the skeletal scaffolding of the cosmos, bosons what bind it together.
* Bosons may overlap in the same quantum state, and in fact the more bosons that are in a state the more likely that still more will join. This is called "Bose condensation," and is related to "stimulated emission" and the laser. The state that is formed when many bosons occupy the same state is known as a Bose-Einstein condensate."
http://nonlocal.com/hbar/bosonfermion.html
Each boson shares a common field and at times a common core geometry yet will upon occasion, perspective and circumstance appear to contrast or complement one another. This example describes design consciousness as a compendium of changing energy fields that are both qualifiable (meaningful) and quantifiable (purposeful), e.g.
Minimal Supersymmetric Standard Model.
Probable relationships between photons create holographic formations that when positioned in an appointed geometrical array spark the connections necessary for the materialization of impressions that were once conceptual in origin. 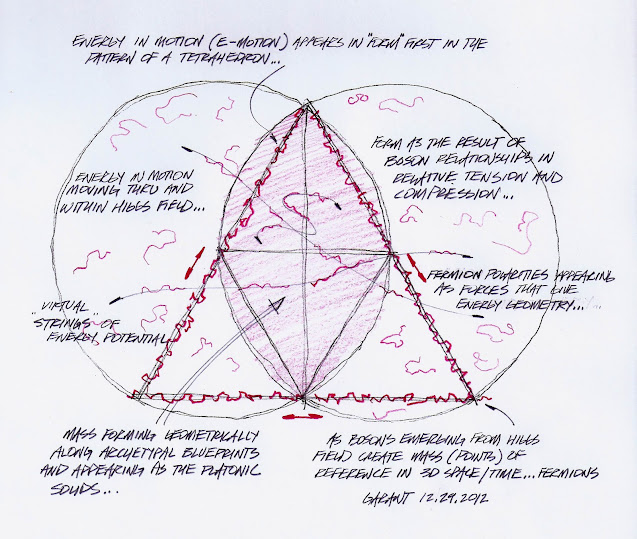 “ … the particles experience a very strong mutual repulsive interaction. This repulsive interaction prevents them from being placed at the same position in space, mimicking the exclusion principle for fermions. Under such conditions, bosons exhibit fermionic properties.”
http://www.mpg.de/494827/pressRelease20040519
Emotions contrast thought, meaning contrasts purpose creating a virtual landscape in our mind.
The simplest volumetric relationship (duality) that can be created in 3D space/time is symbolized by virtue of the Vesica Piscis is the triangular tetrahedron.
“620.07 The tetrahedron is transformable, but its topological and quantum identity persists in whole units throughout all experiments with physical Universe. All of the definable structuring of Universe is tetrahedrally coordinate in rational number increments of the tetrahedron.”
B. Fuller, Synergetics 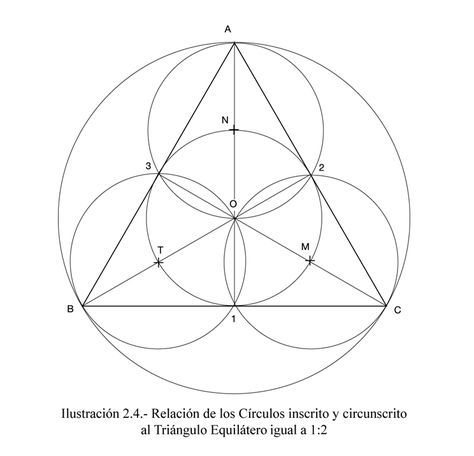 "The crucial distinguishing feature of Bose-Einstein condensates is that the many parts that go to make up an ordered system not only behave as a whole, they become whole; their identities merge or overlap in such a way that they lose their individuality entirely. A good analogy would be the many voices of a choir, which merge to become 'one voice' at certain levels of harmony, or the plucking of the many strings of several violins to become 'the sound of violins'..."
Danah Zohar, The Quantum Self
Four points of convergence (fermions) are connected via strings of oscillating particles (bosons) that when appropriately transfixed within a field will allow for "states" of symmetry and resonance. The most elementary relationship will create four vertexes, i.e. quanta numbers, and six edges imparting an inside-ness and an outside–ness within the parametric confines of a quantum field of energy.
"The distinction between bosons and fermions is basic. There are two possible kinds of things in the universe. The two types are known as "bosons" and "fermions," and the dialectic between them describes all physical form. The whole scheme of quantum field theory, for example, is that fermions interact by exchanging bosons."
http://nonlocal.com/hbar/bosonfermion.html
“Our experience results from immaterial, abstract, geometrical proportions that spin to compose an arrangement of harmonic energy waves.”
http://www.earthacupuncture.info/sacred_geometry.htm
"Bosons generally have no position, and without having knowledge of their target, we can at best only describe bosons as having a phase offset from the source fermion. Only at fermion events may bosons (instantaneously) have a precise position: a point of zero size.
Immediately after the fermion event, the boson is radiated; in 3D space, it can be said to exist at all points a sphere, which expands as the wave propagates. This sphere is disconnected with reality until it achieves the next fermion state.
This shows two extremes of one of the 'uncertainty relations' which map position and momentum as duals that are not measurable simultaneously: fundamental bosons have momentum and no position, and fundamental fermions have position but no momentum (in the context of this model).

Not a real particle

A boson is virtual, in the sense that it is not 'realized', is not 'identifiably instantiated', nor is it necessarily conserved by interactions. Nor is it a particle (see Standard Model definitions, below).

Only expressed at fermions