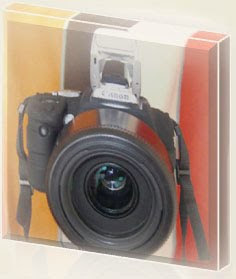 Almost everyone likes photography, but I think every second, there is a person in the world, who gets disappointed with the pictures they took :( The most obvious problem sometimes is the equipment they use. But nowadays, the technology is getting more and more advanced, and cheaper, so more people can afford professional or semi-professional equipment, which can give better results when taking pictures and even getting creative with them. I did an AS-level in photography, which I really liked and I decided to purchase an entry-level D-SLR (Canon 400D) camera, which stands for Digital Single-lens reflex camera. The main advantage of these over portable cameras is the quality of the pictures they take due to a larger sensor, and they also allow continuous shooting (usually at least 3 frames per second). After doing that course, I worked at Jessops (UK photo-developer and camera retailer), and Currys (UK electrical shop), and I've seen and tried many other cameras. I actually wanted to write a review for my Canon 400D, with a short introduction to Digital cameras, but I it turned out to be not so short :) So I decided to make it a separate article.

First of all, after seeing many digital cameras I divide them into 5 groups: 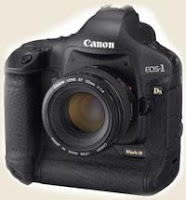 • Full-frame DSLR cameras: if you remember now-not-so-popular film cameras and the actual film they use, it has 27 or 36 negatives, and full-frame cameras have sensors about the same size as those negatives (also called 35 mm cameras). These cameras are the most expensive, the heaviest, professional-orientated, high-tech, wide-angle, highest image quality cameras. I would say only professional photographers would go for that type of camera. Also, the lenses for them are extremely expensive. Why? Look at the picture below:

Bigger sensors mean bigger area of light is needed after it goes through the lens, this has many consequences: the lens has to be bigger to let more light in/bigger aperture (to achieve the same magnification), more glass is needed to make it, it's a lot heavier and therefore expensive. Although APS-lenses (see below) will also work on full-frame cameras, their specifications will be very very different.

Older African Americans More Physical…
Another price consideration would be memory card capacities, because these cameras produce 20+Megapixel resolution, which would take a lot of space (especially in a very popular with professional photographers RAW format, which allows almost every setting of the camera to be corrected later on a computer). This surely can produce printed images to cover a small house, but most people probably wouldn't want that. A couple of examples of these cameras are: Canon EOS-1Ds Mark III, Canon EOS 5D Mark II, Nikon D3x, Sony Alpha 900 (prices range from £2000-£5000, + lenses~ £1000, +accessories). 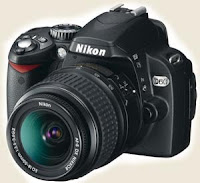 • APS-type D-SLR cameras: these cameras have sensors about half in size compared to the full-frame ones, this reduces the quality of the images, but it also cuts the price by A LOT on both the camera, it's lenses and memory cards. Personally I think the quality they give is excellent for most things one would ever need. 10Megapixels or higher resolution allows to print A2 size photos or larger. The lenses also give higher magnification, for example 300mm lens gives about 12 times magnification, but if put on a full-frame camera, this lens will give 185mm (also called 35mm equivalent focal length), resulting in about 8 times magnification. These cameras have most manual settings that full-frame cameras have, which is ideal to get creative with your pictures ( I will also publish a few photography tutorials about different creative techniques). Most popular APS DSLRs are: Canon 400D, Canon 1000D, Canon 500D, Canon 40D.., Sony Alpha 300, Alpha 350, Alpha 700.., Nikon D40, D40X, D60, D60X (these 4 models use AF-S lenses, which basically means that the lenses don't have a motor inside them, instead it is in the camera body, which makes the lenses cheaper, but there's a limited range of them as far as I know), Nikon D3000... Pentax K10, K20..
Note: different manufacturers have different lens mounts and lens designs, so you can't interchange lenses between e.g. Nikon and Canon DSLRs. 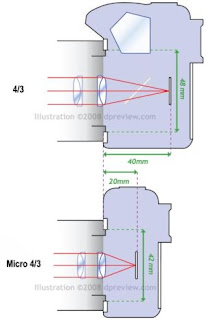 • "Four Thirds" cameras : this is a relatively new technology developed by Olympus, Kodak and Panasonic ("Micro four thirds"), that uses a 30 to 40% smallersensor than APS DSLRs, reducing the image quality a bit, but this technology was developed specifically for digital cameras, so it has a couple of advantages, which many people would like. I quite like some of these, but only because they are very small, and still produce a LOT higher image quality than compact cameras, have many manual settings and allow interchangeable lenses. Some examples of these are: Olympus E-420, Olympus E-520, Olympus E-30, Olympus E-3(look very similar to APS cameras, and are considered the world's lightest DSLR).

Micro four thirdscameras are slightly different because they don't have a mirror inside and a pentaprism. And the latest E-P1 from Olympus, that looks very very nice indeed, you can read its review here. Other manufacturers have also released micro 4/3 cameras like: Panasonic LUMIX G1. High zoom lenses are not usually available due to the large sensor size. And when you see these, they look like compacts cameras, but the price tag is A LOT bigger. 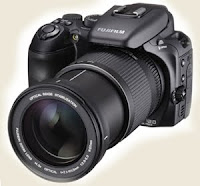 • Bridge Cameras or high-end compacts (fixed lens): these are usually light cameras with higher than normal specifications or new technologies that make them quite unique in their kind. I think it's best if I just give you a few examples of these:
- Nikon P80, P90, Fujifilm S1000fd, Fujifilm S100FS, Panasonic FZ18, FZ28, FZ38 : these 7 are typical examples of Bridge cameras, they are quite bulky, but still very light compared to DSLR cameras, they have a fixed lens that can be quite big at highest zoom, but they give amazing magnification, usually 10x, 18x or 24x, this is A LOT more than even high zoom DSLR lenses can give. Although the sensor on these bridge cameras in usually the same as on small compacts, so the image quality is not very good (compared to DSLRs).

- Canon Powershot G9, G10, G11: these have quite a large sensor (1/1.7") in a quite small camera body, with optical image stabilisation and most manual settings.
- Panasonic Lumix TZ3, TZ4, TZ5, TZ6, TZ7: good quality compact cameras with 10-12x optical zoom and high quality LEICA lenses.
- Nikon Coolpix P6000: this one has a GPS (satnav) built-in :D Maybe someone would want that.
- Olympus Mju 6010, 8000: waterproof, shockproof and freeze-proof cameras. Bear in mind: they are not designed to be thrown around, but they might be fine if you accidentally drop them from 1-2 meters height. Also, they are usually 2-10 meter waterproof, if you want to dive deeper, you can buy special underwater housing (about 150-300 pounds for a compact camera housing).

• Compact cameras or point-and-shoot cameras: these are the smallest, lightest, cheapest, usually fully automatic portable cameras, which are easy to use. Most of them nowadays don't have a viewfinder. They are good for everyday photography, giving lowest image quality compared to other digital cameras due to the small sensor size (about 14 times smaller than APS sensor). I'm sure you've seen many of these in any camera shot, and probably already own one :) Very good for parties as well, if you break it, it's not a big deal and the images are good for facebook and other social networks.


There are many many different specifications for different cameras, which many be confusing for some people, or very familiar to others due to loads of adverts promoting them, but sometimes it's not clear which ones are important, and which ones are not. I decided to write a table and short explanations why I think they are importance or not (some people may have different opinion, which you are welcome to share in comments).

Of course this article does not cover all aspects of how to choose a digital camera, and in general describes my personal opinion, you may have a different opinion on some stuff :) Which you can express in comments. Also, if you have any questions or think something is wrong or misleading, you can add a comment, or contact me via message box on the right =>  (you may need to scroll up or down to see it). Thanks for reading! If you like this article, sign up for updates from this blog! there will be many more!