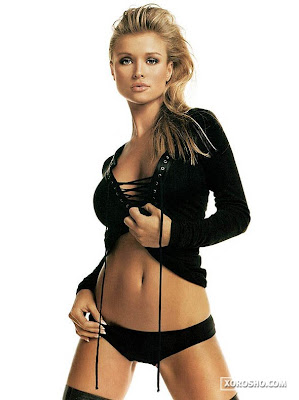 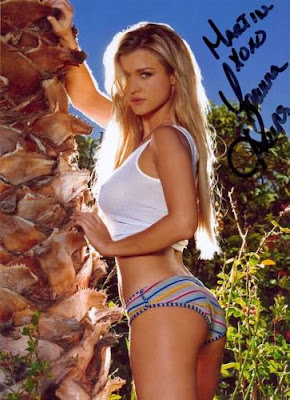 July 2005 Playboy cover girl Joanna Krupa has been recently touted as one of the world's most beautiful and popular supermodels. Recognized throughout the world, but not so much in the United States, Krupa has been featured as a model for Sketchers shoes, Venus Swimwear and Frederick's of Hollywood.Krupa has been working diligently to gain recognition on television and in films. Some of her credits include the shows Las Vegas, Son of the Beach and The Jenny Jones Show; and she had small roles in Tim Burton's remake of Planet of the Apes and in the Reese Witherspoon film Legally Blonde. She was also featured on the 2003 revival of the 80s talent show Star Search, where the 5' 7", 32-24-32 beauty won the Spokesmodel competition.Born October 9, 1980, in Warsaw, Poland, the daughter of hotelier Steven Krupa was raised in Chicago, Illinois, and now calls Los Angeles home. Besides Playboy, the former The Man Show "Juggy Dancer" has been featured in FHM, Stuff and Maxim. She is best friends with fellow Chicagoan and Joe Millionaire contestant Sarah Kozer.Polish-American actress Joanna Krupa became a familiar face to audiences as a model, gracing the covers of men's magazines like FHM, Stuff, Maxim, and more throughout the early to mid-2000s. At the same time, the fair-haired beauty began working on her acting résumé, making minor appearances in movies like Scary Movie 4 and on CSI. In 2009, she appeared on the reality series Superstars. Cammila Albertson, All Movie Guide. 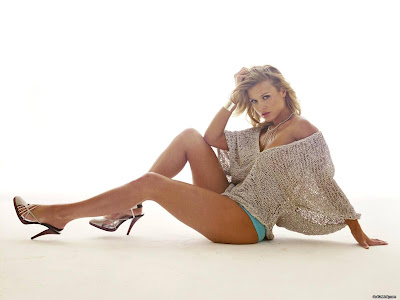 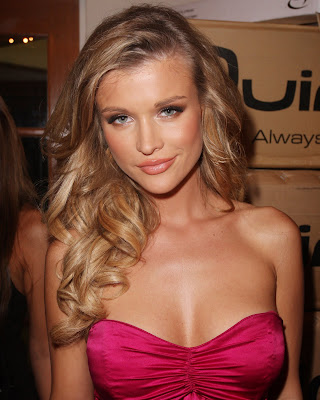 
This post first appeared on Top Fashion Models Information, Fashion Models, Fe, please read the originial post: here
People also like
What would happen to a modern-day Moses in America?
30 Epic 50s Hairstyles for Men That Are Popular Again
Newchic – Up to 20% off Men’s Spring-Summer Fashion
The A500 Mini Review