Sony Announces a7R III – “An Evolution of Resolution and Speed”

After much speculation, Sony finally unveiled the latest member of their widely successful a7 camera series, the a7R III.

The a7R III takes the the best features found on the previous a7 II model, then sprinkles in some of the newer technology introduced on the more recent a9 model, and then adds a few new treats for good measure.

So with all of that in mind, lets take a closer look…

Another improvement is a continuous shooting speed of up to 10fps with full AF/AE tracking, doubling in speed over the previous a7R II model or 8fps when shooting with live view through the LCD screen.

The a7R III can also capture upto 76 RAW/JPEG photos and 28 uncompressed RAW files in bursts when using either the mechanical shutter or completely silent shooting mode,

An updated BIONZ X processing engine boosts processing speed by up to 1.8 times over the previous a7R II. The focusing system has also been upgraded and now features 399 focal-plane phase-detection AF points covering approx. 47% of the image area in both vertical and horizontal directions.

Contrast AF points have also been increased to 425 (400 more than the a7R II) covering approx 68% of the image.

A new feature to the a7R III that should make still life and architectural photographers excited is the Pixel Shift Multi Shooting mode.

This mode, when activated, captures 4 separate photos shifted by 1-pixel each capturing a total of approx. 169.6-megapixels of data. This data, when processed through Sony’s new desktop Imaging Edge software is then combined to create a single 42.4-megapixel image.

Storage for still images and movies is provided using two SD media card slots one of which is UHS-II compatible for fast write speeds. As with most dual card set-ups, photos and movies can be stored simultaneously recorded to both cards for back-up or RAW images can be assigned to one card and JPEG to the other.

On the back is the same high-res OLED Tru-Finder viewfinder as found on the Sony a9. Featuring a customizable frame rate with options of either 60 fps or 120 fps, it also boasts a ZEISS T* coating to reduce reflections and a fluorine coating on the outer lens to keep it dirt free. 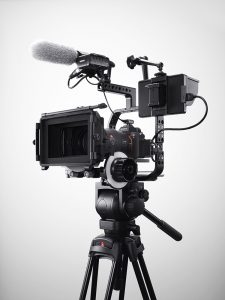 One could argue that the a7 series of cameras have become as popular, if not more, with video shooters due to its smaller size, more reasonable price point (compared to other video options) and extremely robust video capabilities.

With the a7R III, Sony has taken the best features of previous a7 models and added a few new ones.

As with the a7R II, the a7R III features internal 4K recording in both full-frame and Super 35mm modes.

When shooting in Super 35mm format, the camera utilizes full pixel readout without pixel binning to collect 5K (15-megapixels) of information oversampling it to produce high-quality 4K footage a feature not found in previous models.

The a7R III is also capable of recording Full HD at 120 fps at up to 100 Mbps, allowing footage to be reviewed and eventually edited into 4x or 5x slow motion video files in Full HD resolution.

Thanks to an evolutionary leap in image processing power and efficiency, the a7R III captures high-resolution 42.4 MP images up to 10 fps with full AF/AE tracking and 4K HDR video.

Sony Announces a7R III – “An Evolution of Resolution and Speed”