Charbel Nahas will hold a Zoom meeting on April 9th. 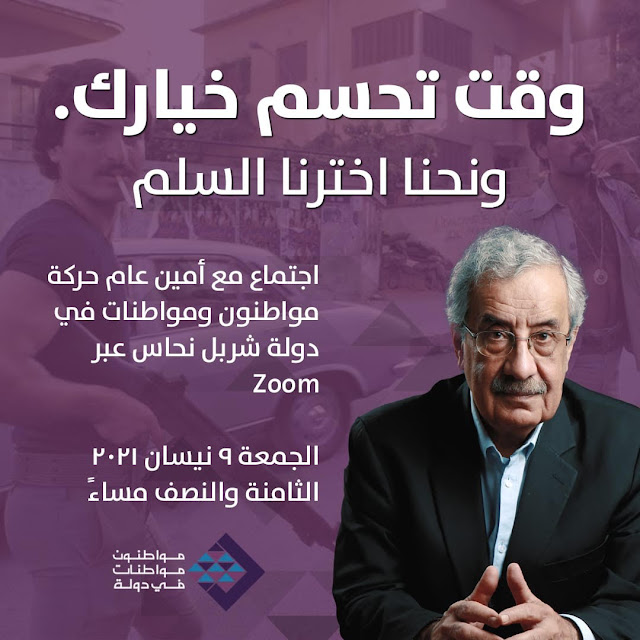 Time to make up your choice!
This from the Media Directorate of Mouwatinoun wa Mouwatinat fi dawla:
The collapse has accelerated in the past months in an unprecedented way, is a warning that the situation will slide into tragic paths that push this society to war or disintegration. The collapse is still seen by many, either lightly or arrogantly. The authorities are still arrogant and wasting resources, as well as waiting for an external decision and financial aid. Meanwhile, the conflicting powers, regionally and internationally, do not view Lebanon as a priority in the midst of all open conflicts in the region. As for the opposition, it still refuses to assume any kind of responsibility at this stage, waiting for its demands to be fulfilled automatically or hoping for a great victory in the so-called parliamentary elections next year.

Universal Tips on How to Promote Your…
5 Easy style hacks every woman should…
MICRO BUSINESSES
SEO Trends and Vitals for 2021
JoJo Siwa le presenta al mundo a su n…
Today, more than ever, we need to join hands with all of us to enhance the chances of our proposal by imposing a peaceful transfer of power laying different foundations from all previous decades. Today we are at a distant juncture similar to danger, as we are on days of painful remembrance, the anniversary of the start of the sectarian war on April 13th. In its fifteen years, this joint established the system that we know today, which is based on clientelism, nepotism and sectarianism. Some may think that the events that preceded April 13 are radically different from what is happening today, but we are actually passing through a similar phase, with its headings of impotence of power, dependence on outside forces, surrender and popular despair.
And because the time has come for everyone to decide which side they are on, the movement launches an electronic campaign under the slogan "A time to make up your mind," stressing that we have decided our choice by peace as an alternative to the war option, which we are sliding towards helplessness and escaping responsibility. We will provide you with the details of the campaign in an extraordinary session on Friday, April 9, at 8:30 pm. In it, Secretary-General Charbel Nahas will talk about the latest political developments and the movement’s directions and initiatives in the next phase. The Movement’s Media Directorate will also present the campaign’s details and the importance of the participation of comrades as well as supporters in the production, presence, and participation of the campaign’s activities.
In addition to your necessary presence for this session, we invite you to invite your friends who are interested in presenting the movement, especially those who have come close to making their choices at this critical and critical stage.
In order to receive the session link, it is necessary that you register through the following link

Charbel Nahas will hold a Zoom meeting on April 9th.