Katy Perry just rocked the Super Bowl, but she leans to another interpreter past halftimes.

Yes: Singer "Roar" is a proud member of the Bey Hive.

"Oh, my God. I'm a big fan of Beyoncé," she told Elle on the issue of March, noting that the reporter Queen Bey short film released in honor of his visual album.

"I was like, Finallllly. Finally I see," Perry, 30, explains. "I see no advertising version of you. I see. I relate to what you are." 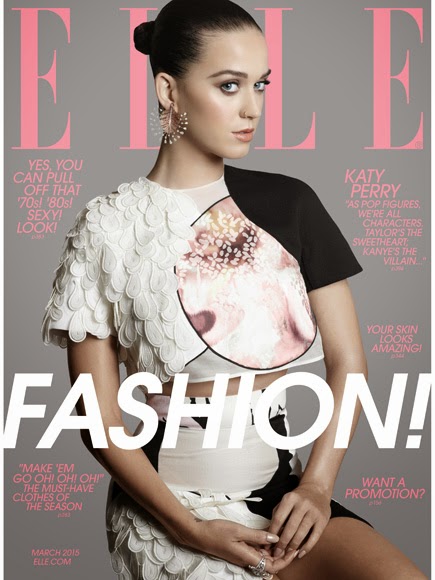 "You have to appoint someone the villain, someone princess, someone papa mama-a-kind - you know you always have to be characters," she says. "As figures of pop, are all characters. And the media you use. Who is the love that is the villain? You know. From Taylor affection. Kanye villain. That's the narrative."

But there is a diva who loves definitely.

"Adele is so real and could not care less about the trappings of fame," says Perry. "She came to a show at the Hammersmith Apollo in England and stole after-show burrito. She's like [heavy British accent], 'How the f --- did you get a burrito in England?"

Wuhan Weather Report
Sobriety In The Time of Quarantine: T…
You Say Covid-19, I Say Hangar 18!
15 Top Trends for Kitchen Design for …
Exhibit C: The beauty of chunky blank…