Summer is less than one month away and I'm SO excited!! 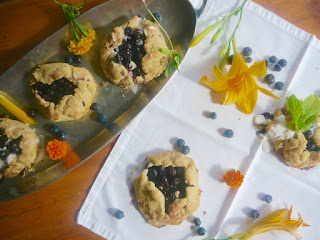 Well, the "official" first day of summer, at least.
It's pretty much already summer here in Mississippi because of the heat, and also because I'm finally out of school. But still, it won't feel like summer to me until June 20th. 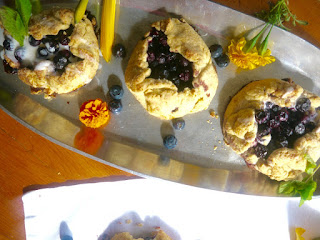 While we're waiting for the first official day of summer, we can just talk about (and eat, of course!) these tartlets, which are basically summer in pie form. 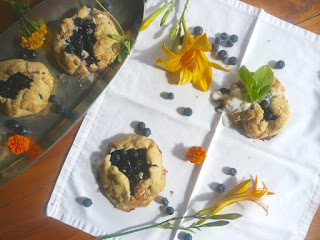 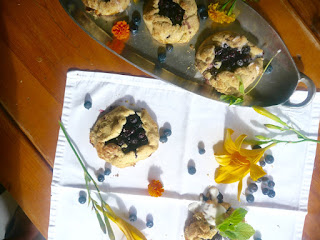 My original idea was to make mini Blueberry hand pies, but as I've said many times before, I can't bake. So, whenever I do try to make pie dough, it always turns out more like a shortbread-y tart Crust, which is completely fine by me. I actually prefer it over Normal Pie Crust, but I probably do need to teach myself how to make normal pie crust for the future... 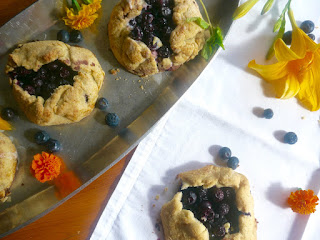 Before my oldest brother went off to college (he's going to be a junior in the fall), I used to make him this Sugar Cream Pie, from food network, ALL of the time. He loves pies more than the average pie lover, so I was pretty pleased that he liked a pie I made, even if it wasn't my recipe.
Since it's one of his favorite non-fruity pies, I would make it for him every time he came back in town from college on breaks.
Luckily, he goes to college in California or I would've had to make a lot of Sugar Cream pies in the past two years. 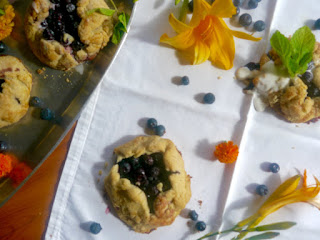 Anyways, after his Christmas break Sugar Cream Pie, he asked me to make a more fruity pie the next time he came. 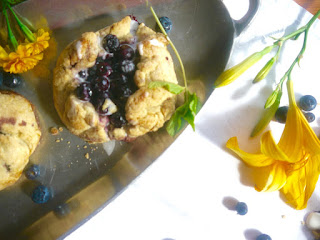 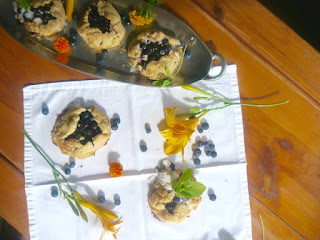 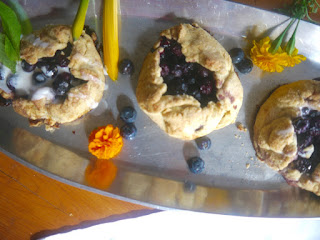 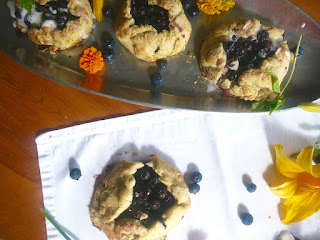 There's something about a little mini hand pie that just screams "Summer" to me, but these tartlets are a pretty close match. 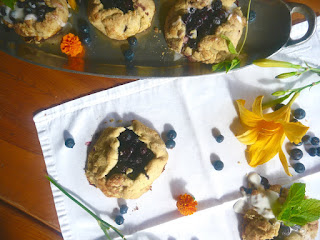 My brother and I pretty much have the same taste buds. We both like generally healthy food, loads of fruit, A LOT of (black) coffee, and green things, to be vague. So I knew he'd like these guys, especially with the Coconut cream! 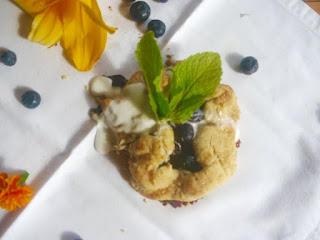 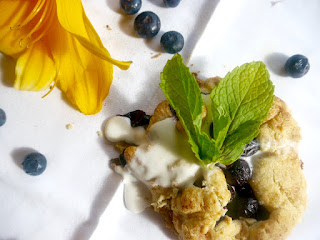 I've talked about my obsession with coconut milk, but I've been even more obsessed with Coconut Whipped Cream lately. I tried making it a couple of times a while back but it always turned out it gritty and, well... not whipped cream. But finally, I realized you HAVE to chill the mixing bowl and whisk for it to work. I kind of always knew to do that, but I was just too lazy and impatient to. After I finally did, it turned out PERFECT! I've also found that some brands tend to work better than others. My favorite to use is Chaokoh, which does have some preservatives but works the best in my opinion! 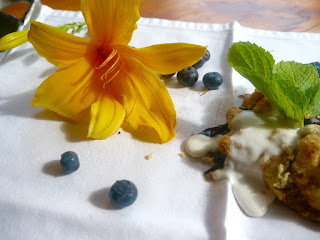 Now onto the tarts... 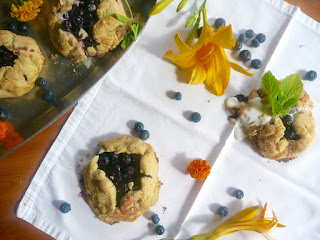 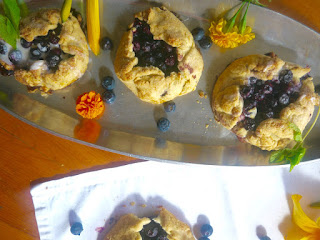 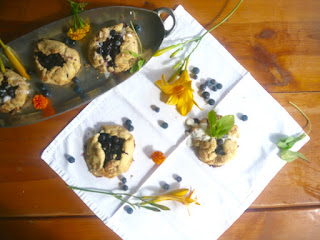 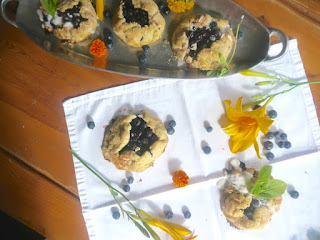 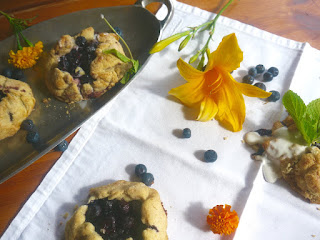 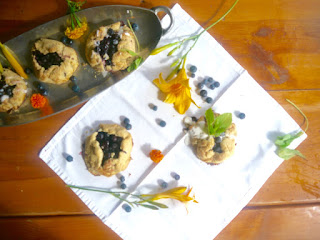 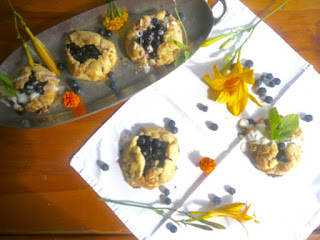 Quick Web Maintenance and Website Hos…
Cat Coronavirus Diary – Day 18
Does a Home-Based Business Really Wor…
Wuhan Weather Report
Romantic Interior Design
Yields 6 Tartlets
For the Crust:
2 cups + 1/4 cup all-purpose flour
1/3 cup granulated sugar
1 1/2 sticks butter- cold & cubed
4 oz. cold shortening
2 eggs- beaten
pinch salt
For the Filling:
1 1/2 cups frozen blueberries- defrosted
1 cup fresh blueberries
1/4 cup corn starch
1 tsp. freshly grated ginger
1/4 tsp. nutmeg
1/2 cup granulated sugar
1/2 orange- juice
1 egg + 2 tbs. olive oil- whisked together
3 tbs. granulated sugar
For the Coconut Whipped Cream:
1 can full fat coconut milk (chilled upside in fridge for at least 1 day)
2 tbs. maple syrup
1 orange- zest
1/2 orange- juice
Pre-heat oven to 350º F and place a mixing bowl & whisk attachment in the freezer.
Pulse all crust ingredients except for the eggs and the extra 1/4 cup flour together until formed into a ball. Take out of mixer, form a well in the middle of the dough, and knead the beaten eggs, starting from the middle of the well, until combined. Fold in 1/4 cup flour if dough is sticky or wet/too loose to roll out. Form into a ball, coat lightly with more flour, wrap in cling wrap, and refrigerate for 30 minutes to an hour.
Strain frozen blueberries, mashing them lightly to get rid of any juices, reserving the juices for later. Add all filling ingredients, except the fresh blueberries, to the frozen blueberries until combined, and set aside. Roll out 6 equal parts of the dough until round and 1/2 inch thick, on a floured surface. Scoop 3 tbs. mixture into the middle of each pie crust. Fold edges around it and stuff the openings with 2-3 tbs. fresh blueberries depending on amount of room left. Brush edges with olive oil/egg mixture sprinkle with 1/2 tbs. sugar on each tartlet and bake on a parchment lined baking sheet for 40-50 minutes or until golden brown on the edges and crust is hardened for the most part. Let sit on baking sheet for 15-20 minutes or until cool.
While tartlets are baking, whip the congealed and separated coconut cream risen from a can of coconut milk (be careful not to get any coconut water in it) in the chilled mixing bowl and whip until creamy. Add orange juice, zest, and maple syrup and continue to whip until mixed. Chill until ready to serve.
If you saved the blueberry juice, reduce down until thickened to make a blueberry sauce to drizzle over the tops, if wanted. 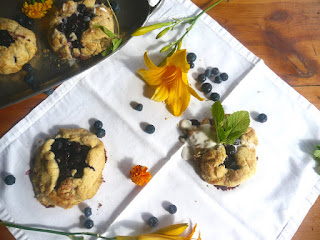 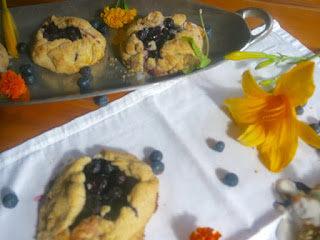