Today let me introduce an exotic dish of Middle east. This is one of the recipe which is requested by many readers of my blog.  The cooking method of this arab rice itself is an appetizing one. The best  no fail rice recipe for a crowd or a get together. There are various variations in the preparation of this Arabian rice, and am going to share the most common and simplest method. Even though i tasted this from Arab restaurant for the first time, i enjoyed this aromatic one pot meal more  when i prepared it at home. Now i should thank those readers for making this aromatic and yummy dish more often. Here the chicken/ beef/ lamb is cooked in the spicy flavorful aromatic gravy and then chicken is separated to toss them in butter, dropping the rice to the gravy. The  rice will be filled with the flavors from tomato and the kabsa spices.
Kabsa is a mixed rice dish which is regarded as a National dish of Saudi Arabia. But it is often served in countries such as Saudi Arabia, Jordan, Qatar, Oman, United Arab Emirates, Iraq, Kuwait, Bahrain and like so. This dish is popularly known as Machboos in Arab countries. Here the meat is cooked in several ways and one of the common and very popular way of preparing meat is called Mandi. It looks very similar to Indian Biryani too but the use of ghee or butter in kabsa is comparatively less to that of Biryani. So  kabsa is a healthy dish. Hope you all give it a try. So lets move to the recipe showing how to make chicken kabsa at home 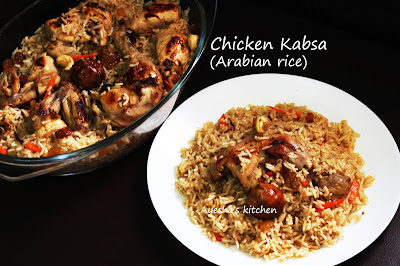 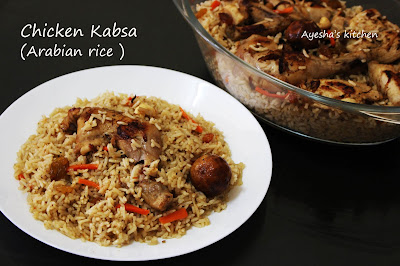 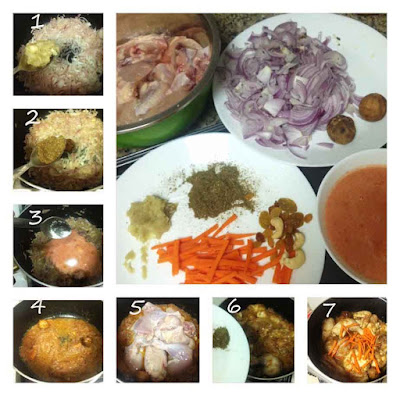 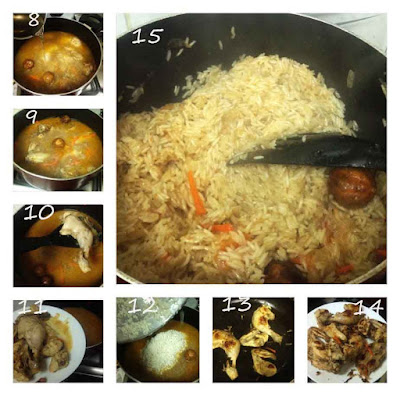