Hi foodies....Lets see how to prepare an easy quick snack with left over hard boiled eggs. It is one of my favorite egg snack after egg kabab. Egg bajji / egg pakora / egg bonda / mutta bajji  is a lovely evening snack which is very common in street food stalls in India. Traditionally it is prepared with gram flour(besan) along with other spices. This crispy soft tea time snack goes well with a nice of tea. Here am sharing the recipe of stuffed egg bajji . Normally egg bajjis or egg pakoda is prepared by dipping the cut slices of egg in gram flour batter and then deep frying it. But here i just stuffed the egg with with mashed spiced potato along with egg yolk. You can also stuff it with onion egg yolk mixture or stuff it with coconut mint condiment (chammanthi). As it is time consuming , i move on to the easiest method. It is all up to our taste and preference. So lets see how to make stuffed egg bhaji with mashed potato egg yolk stuffing . Enjoy!!! 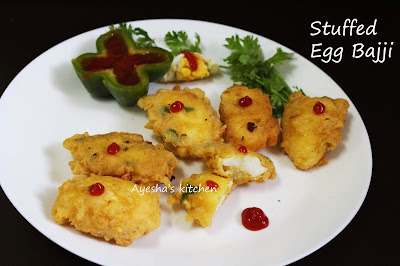 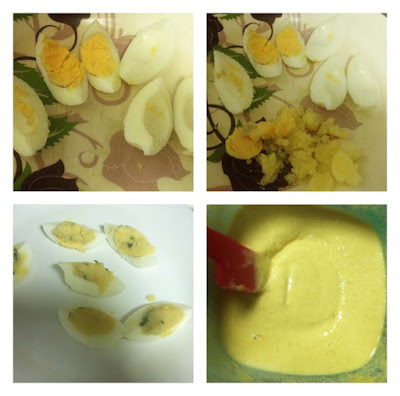 Please do check out the recipe for  homemade chicken nuggets here