"Someone" has been very busy!!  The Mob left to return to Oklahoma on late Monday night, and I'm just now getting around to posting about our final outing to the beautiful Oregon Coast!!  For starters, we seem to be having an extra long winter here, so the temperature has been between 60 and 73 degrees and often cloudy or raining.  And when it feels cold here, it feels even colder on the coast.  I think I've acclimated (and truly LOVE!) the weather here, but The Mob was freezing most of the time during their visit.

When we got to the coast, it was misting and cloudy and slightly foggy.  We stayed at The Inn At Cannon Beach, which was lovely.  I will totally stay there again.  They had a beautiful court yard, they're pet friendly, and there were little bunny rabbits all over the place (the tiny little brown spot in the middle of this picture by the ornamental grasses is a baby bunny!!)! 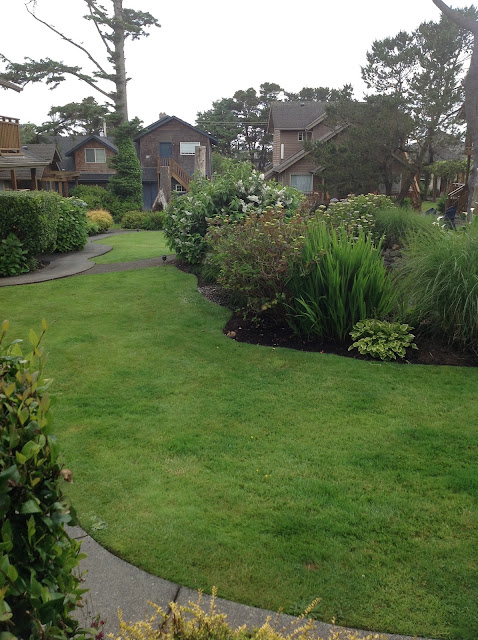 Cannon Beach is special to me.  It's the very first place I ever went whale watching upon moving to Oregon back in 1999.  Time flies...

Upon our arrival, we dumped our stuff in the room and headed straight to the beach in our sweatshirts!

Some of us walked the surf.  Others were a little more daring in the 55 degree (or close to it) water.  We enjoyed the drama that Haystack Rock provides to this part of the coastline. 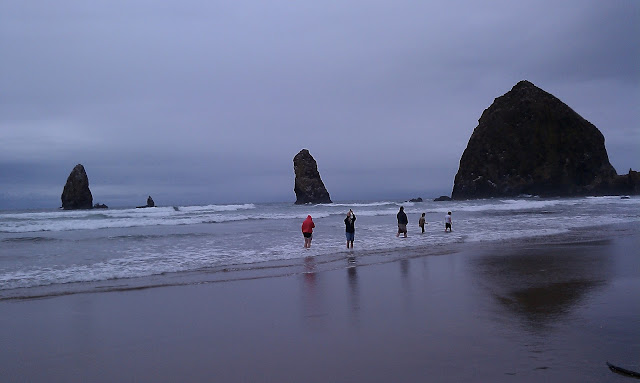 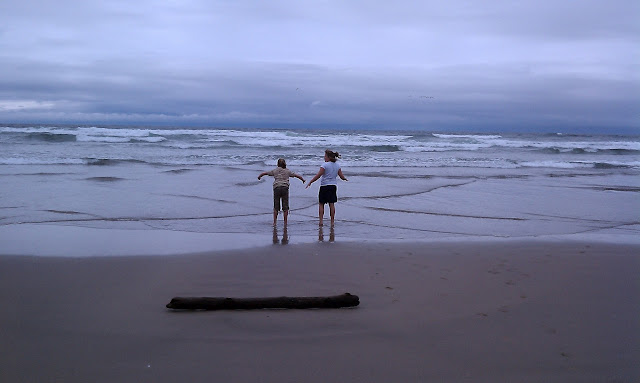 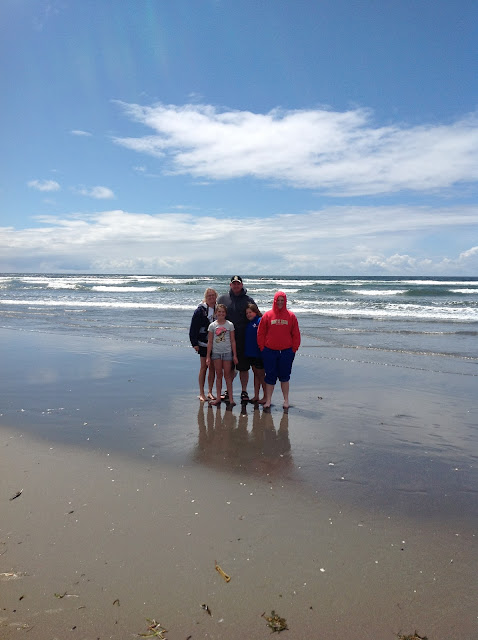 During low tide, The Mob was able to walk out to the base of Haystack Rock and check out some tidepools.  I didn't go - I went to the beach and parked my keester on a large piece of driftwood and just enjoyed the view and the peacefulness that the ocean brings to me.  I love it there.  A lot.

One of the days we were there, we left Cannon Beach and headed about 10 mies north to Seaside.  Our first stop was the Seaside Aquarium.  They have a pool of harbor seals that are awesome.  The aquarium sells food that you can toss into the seals, and some of the seals have learned that if they do a special trick, they're more likely to get more food.  There's one seal, Regan, that will actually splash onlookers when he wants attention and food.  It is so funny because it can be quite surprising to the unsuspecting feeders.  Here's a slightly fuzzy action picture of a Regan splash moment! 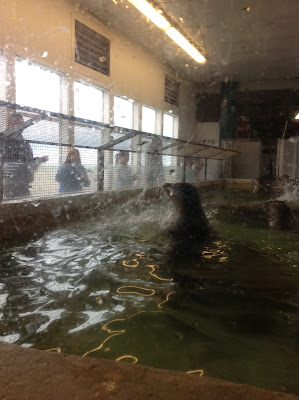 While there, we also visited the bumper cars and tilt-a-whirl.  I was riding on the tilt-a-whirl, so no pictures of that, but Chaini and Talon were fierce drivers in the bumper car arena!!  Yes... Chaini is the blurry one because she was travelling at the speed of light practically!! 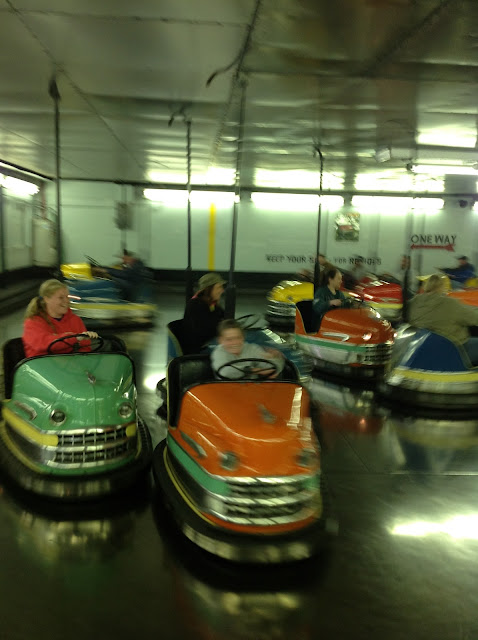 When we left the beach for good, we decided to head south a little bit and head to Tillamook Cheese Factory for a quick tour.  Really, it was more for the ice cream and the cheese curds.  Who are we kidding? 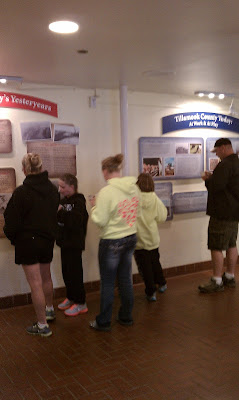 The drive down Highway 101 is just spectacular. 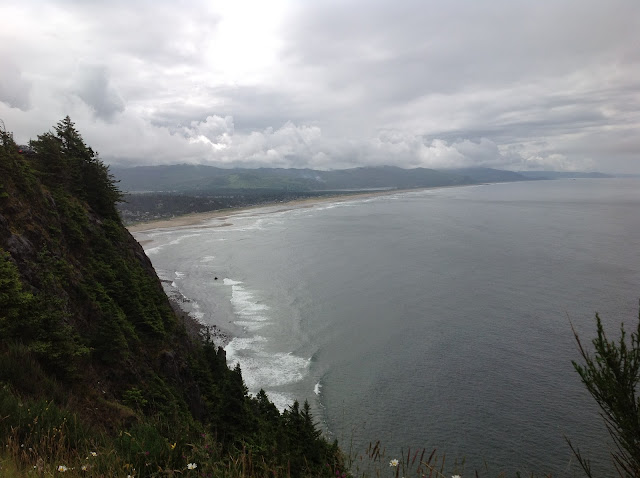 So, we did finally make it back home.  On their last day here, we went to the movies and saw Brave in 3D at Cinetopia, my favorite theater ever.  Here's a picture that Talon took of The Mob rockin' those oh-so-cool glasses. 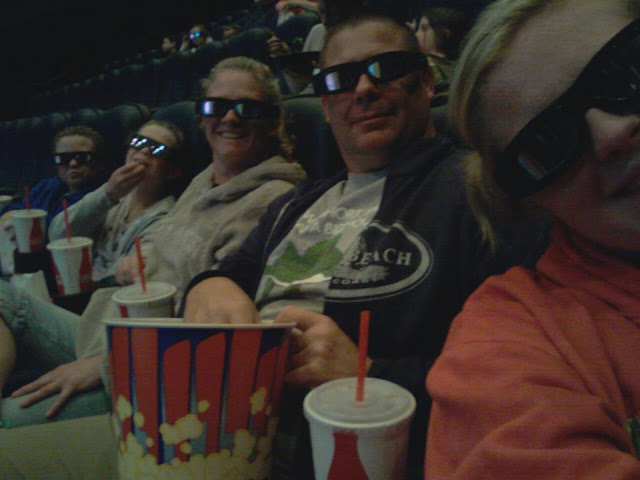 I did have to take a nap that day.  I finally ran right out of gas.  I'm glad to report that The Mob has safely returned to the surface of the sun (as my brother put it) to 100+ degree weather.  They are no longer chilled, needless to say.

It was great fun to see my family.  Getting to spend time with my nieces was priceless!!


This post first appeared on Good, Better, Best, please read the originial post: here
People also like
A Guide To Visiting Antigua, Guatemala: The Best 5 Things To Do And See
Chuck Rock Game Comparison
30 Epic 50s Hairstyles for Men That Are Popular Again