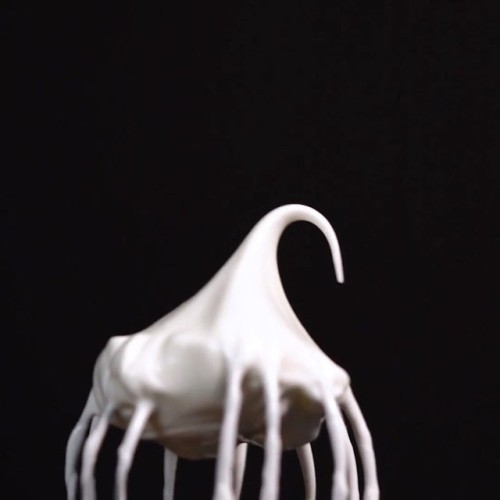 How to Make Meringue @tastemadebr⠀ INGREDIENTS: ⠀ 3 Egg Whites ⠀ ½ cup refined sugar⠀ ⠀ SWISS MERINGUE: ⠀ 3 egg whites ⠀ 1 cup refined sugar⠀ ⠀ ITALIAN MERINGUE: ⠀ ½ cup refined sugar⠀ ¼ cup water⠀ 3 egg whites⠀ ⠀ STEPS:⠀ For the French meringue - Pour the egg whites into a bowl and, with a mixer, beat it on high speed, until a foam begins to form.⠀ Add half of the sugar, little by little, with the mixer turned on medium to low speed.⠀ When the egg whites triple their volume and become white with firmer peaks, pour the rest of the sugar with the mixer still on.⠀ After mixing all the sugar in, beat the mixture on high speed until it forms firm and stable peaks.⠀ For the Swiss meringue - In a bowl, mix the egg whites and the sugar. Cook them in a water bath. Cook on low heat so that the water will not boil.⠀ Keep mixing the mixture until the sugar crystals are completely dissolved. In order to know whether the meringue is ready, there are 2 things you can do: take its temperature with a thermometer, which should reach a temperature between 140 and 160 degrees, or rub a little bit of the mixture with your index finger and thumb. If you don’t feel the sugar crystals, it’s done.⠀ Remove the mixture from the water bath and beat it in the mixer on high speed, until it forms firm peaks.⠀ For the Italian meringue - In a small saucepan, mix the water and the sugar. Cook over low heat for approximately 8 minutes, until you get a soft syrup. There are 2 things you can do in order to know whether the syrup is perfectly cooked: take its temperature with a thermometer, which should reach 240 degrees, or grab a small portion, and let cold water run over it. It should form a small, soft ball.⠀ About 3 minutes before the syrup is ready, beat the egg whites on high speed until it forms soft peaks.⠀ On medium speed, mix the syrup in through the sides of the bowl.⠀ When you are done adding the syrup, beat the meringue on high speed, until it reaches room temperature and forms stable peaks.⠀ #meringue #cookinghacks #foodhacks #desserttime
Credit: Tastemade. Watch the video here: https://www.instagram.com/p/Bpi7Xb2HTRp/