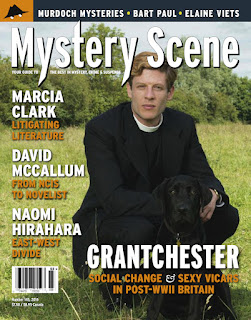 The latest issue of Mystery Scene Magazine—No. 145—is at a newsstand near you. The issue is packed, as usual. It features an in-depth article about eleven non-mystery novelists—Stephen King, Louis L’Amour, J. K. Rowling, etc.—who wrote one or more excellent private eye novels, an interview with Marcia Clark and much more.

An Honest Review of Tripmasters.com
Why Friday The 13th Will Be Your Luck…
Top Extracts Kratom Review
OIL Exports to be Done via Blockchain
Bigfoot Mystery Solved
Issue No. 145 also includes two book reviews by, um, me. The titles: Not Dead Enough by Warren C. Easley and We Were Kings by Thomas O’Malley and Douglas Graham Purdy. Not Dead Enough is an entertaining mystery featuring Cal Claxton, former big city prosecutor turned small town lawyer, set in rural Oregon. We Were Kings is a big, in both length and complexity, noirish crime novel set in 1954 Boston. The reviews are available online at Mystery Scene’s website—click the book titles above.
Mystery Scene is available at many newsstands, including Barnes & Noble, and available for order at MS’s website.