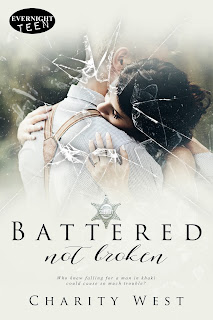 Who knew falling for a man in Khaki could cause so much trouble?
Battered and bruised, Wren has taken a lot from her father over the years, but when he throws her out of the house, she sees it as a blessing in disguise. She has no job, no home, and never finished high School, but what’s all that compared to a life without abuse? When she starts over in a new town, under a new identity, she makes it her goal to fly under the radar.