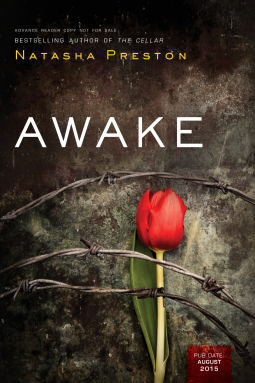 This is a YA novel. It's definitely not a cozy, but there is plenty of mystery and Suspense in it, as well as some romance. I'd probably classify it as more of a thriller. As far as I can tell it's a standalone.

7 reasons I’m tired of being tired
كيف تصبح قوي الشخصيه
Exhibit A: Old photo albums
How long does it take CBD to work? Ho…
8 Places to Drink Coffee in KC that …
Scarlett, the main Character, is 15 but has a unique situation, which is that she has no memories whatsoever of the first 4 years of her life. One day in school she meets Noah, a new student, and is immediately drawn to him. They begin a relationship and she confesses to him about her lack of memory. To her surprise and delight, he is super supportive and as their relationship progresses, he offers to help her try and regain her memory.
It's kind of hard to provide an analysis of this Book without giving away any spoilers, but I'm going to try! Scarlett does end up getting her memories back and there are much bigger things going on than she had ever imagined. Noah is a big part of the story as well and may not be everything he seems to be.
Though this book is over 300 pages long, I never felt like it was dragging. The Author did an amazing job of keeping up a fast pace throughout. This is definitely a dark and somewhat creepy book, but it is YA appropriate and is not graphic or gruesome. It was slightly frustrating in the beginning to know that there was clearly something going on but have no clue what the heck it was yet. It's probably not something that many people would be able to correctly guess, either; but it is fun to try.
There were a massive amount of typos and grammatical errors throughout, but since this was an ARC, I'm going to assume that it had not been fully edited yet and not take off points for it. My biggest complaints would be that after taking about 250 pages to build up the story and get to the end, the ending did not take up very many pages and felt rushed. Also, some of the characters' reactions to certain situations did not seem realistic at all.
With everything that goes on in this story, everything should not have been able to be basically all settled and resolved quickly and then more or less forgotten about. The ending definitely needed to be more drawn out and more realistic for the reactions to things that happened.