BLOG TOUR of GIRL IN THE AIR: Tyler Pike 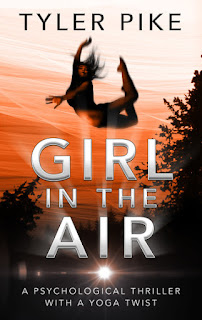 Music Profile: Elliott Waits For No O…
Short Happiness Quotes From Famous an…
Amazon’s Utopia Review: As Dark, Bloo…
Review: ‘Whoosh!’ Deep Purple
Summer Tips for Teachers
A teenaged loner who sees more than she should, Alice Brickstone’s mission in life is to find out who or what killed her twin brother a decade earlier. All her parents will divulge is that he died on a family trip to an ashram in India, a place impossibly far from her remote ski town in Colorado. When she begins to see faces from her childhood nightmares, Alice buries her fear and pounces on the opportunity to hunt for information…and revenge. She works alone and observes no caution. Her simple mission is complicated when a strange Himalayan hermit shows up in the woods near her house telling her that she has paranormal abilities. Skeptical but determined to use any advantage to end the threat against her, she is shocked to suddenly become the hunted. There is only one way out—Alice must master her newfound skills and fly before tragedy takes over again.
GIRL IN THE AIR is the first book in a series of page-turning, fast-paced magical realism thrillers set in the Rocky Mountains. Be transported into Alice’s low-tech world of ancient yogic supernatural abilities, modern teenaged angst and post-modern world problems. Readers interested in Asian mythology will love discovering subtle allusions to the Mahabharata, and yoga practitioners will twist and writhe in their seats. If you like your heroes big like Jack Reacher, weird like Carrie, or scarred like Harry Potter, you’ll love Tyler Pike’s character, Alice Brickstone.
Buy GIRL IN THE AIR today and join Alice on her harrowing ride.
“It’s good, and wackily funny, and mostly ridiculously believable…An unstoppable magic realism action thriller.” – Tom Flood, Award-winning Author 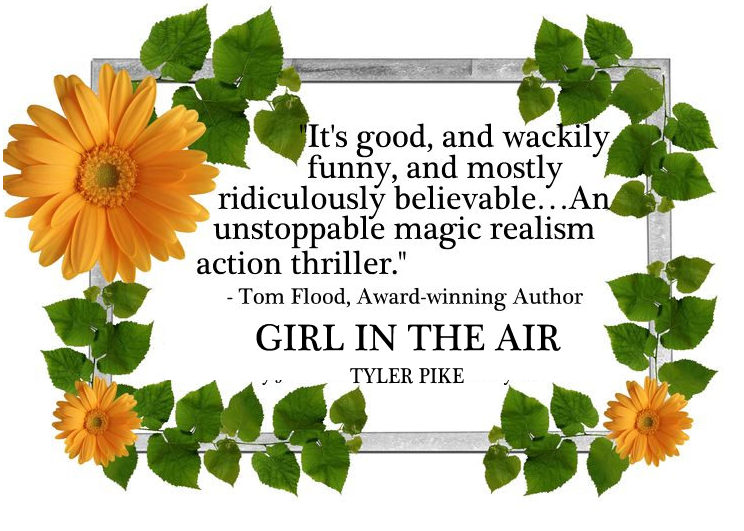 The Inspiration Behind Writing Girl in the Air
My wife Tamsin and I were in a Jacuzzi in the Rockies of Colorado, drinking a glass of wine (Tam claims we were drinking martinis—a point of great dispute). We were scantily clothed (this was two years before children!). It was my parent’s Jacuzzi, an outdoor one with a view of the sun setting over the mountains.
We were, as usual, discussing the meaning of our lives and enjoying the moment, when we came up with the character that would became Alice Brickstone, the heroine in my series. Alice is, in many ways, a combination of the best qualities of my wife and in myself, at least as we saw them. Alice was conceived to right wrongs that we saw in the world, and now we both love and are frustrated with her. Frustrated because Alice doesn’t listen, because she is stubborn, and she will do things her way no matter what. But we love that her inner strength of character drives her to get the job done anyway, and that she is more insightful than we are. Most importantly, she can literally fly. For us it’s a metaphor for rising above the mundane. It’s a dream. For Alice, however, it’s a literal means of escaping what and whom she fears, and pursuing the truth, as well as getting to remote places of deep solitude, which is what she often needs.
The reasons we felt that we, and the world at large, needed a new heroine are complex. Tam and I had just had gotten too close to a yoga group that we had learned was, in reality, a fairly nasty cult, with a guru at the top who many believe was sexually abusing some of his young, female followers. A pattern had emerged, and we began to see the pattern reflected in groups and communities all over the yoga world and beyond.
At the same time, we felt strongly that our experience with yoga and meditation had been rewarding beyond our dreams. In that moment in the hot tub, our conception of Alice Brickstone was an attempt to create a character who could help us reconcile our experience and also do something to avenge the victims of abusive teachers and gurus out there.
I keep saying “we,” but of course “I” wrote the book, and I’m a fairly quirky and lateral-thinking kind of guy. It was my fault that Alice ended up being able to fly. I take full responsibility for Alice’s unusual hometown in the mountains of Colorado (I’m from Colorado myself). It’s my fault, I think, that the book contains quite a number of quirky villians. I ended up writing a book that readers think is very unusual. They have been saying things like:
“Alice is an incredible character & like no other I've read before.”
“If you enjoy a thriller with a refreshing punch unlike any you’ve ever you read before, it’s highly recommended.”
“Rarely have I fallen in love with a heroine as thoroughly as I have Alice Brickstone from Tyler Pike's wonderful book, "Girl in the Air." This is not your typical read and Alice is not your typical 16 year old girl.”
“This first installment of the 'Alice Brickstone' series, is something I have never read before. The author has created a plot that keeps the reader engaged the entire time with such a strong female lead character that it is nearly impossible not to fall in love with Mr. Pike's intricate story.”
The process has been incredibly rewarding.
I personally feel safer that Alice is flying around out there, ready to expose the nastiest truths.
If you have already picked up a copy of GitA and read it, I just want to let you know how grateful I am. It has always been my dream to reach readers with a fun novel like this. Thank you from the bottom of my heart for reading it and making my dream come true!
About the Author 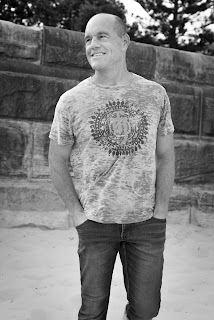 Tyler Pike is an up-and-coming voice in the thriller genre, earning many accolades for his newly launched thriller series. Before turning to novels, he was a sinologist, lived in China for many years, and eventually earned a PhD in Chinese poetry and lectured at the University of Sydney in Chinese. He and his wife also spent many years studying Hindu philosophy, traveling in India and running a yoga studio in Sydney, before it all came down on their heads.
When he is not writing, you’ll either find him down at the beach with his young family or out on the open road. He is an avid ocean swimmer and long distance runner.
Tyler Pike lives with his family in Australia and the US.
Tyler is different from most popular writers in that he endeavors to respond personally to every email and loves sharing his journey with his readers.
For updates on work in progress and free book offers, join Tyler’s “reading group” on his website:
www.tylerpikebooks.com
For More Information

BLOG TOUR of GIRL IN THE AIR: Tyler Pike