It's been a while since Donald last graced us with a new review (in all fairness, he has been busy writing!), but today brings a pair of horror-themed titles to the ruins. 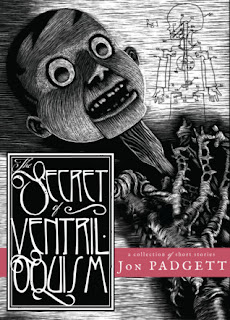 The Secrets of Ventriloquism has a unique voice that captures the moment, putting the reader right beside it's tale. Think of it as more like you just closed your eyes and are now dreaming. The dreams that follow are the horrific. A sickness with strange occurrences, Screaming skulls and a haunting brotherly joke of deadly secrets.

I actually had the privilege of listening to "Murmurs of a Voice Foreknown" at Krallcon 2016. Jon Padgett's voice and telling of the story sends an eerie chill up the back of your neck and haunts you after listening.

A new voice has stepped into the literacy scene. Padgett has spoken and these tales or nightmares are haunting, and interestingly disturbing. A MUST READ!! 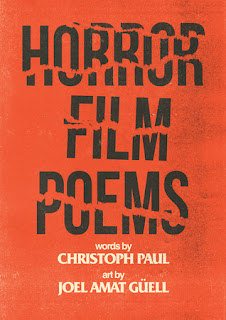 Christoph Paul takes his love for Horror films and drops a poetic paragraph or few on such titles from classic favorites to the straight to video. Almost reaching an alphabetical slaughter, having at least one title from every letter of the alphabet, Horror Film Poems splashes an art of writing that I enjoy.

A list of my overall favorites including some quotes below...GET YOUR BLOODY HANDS ON A COPY TODAY!

His body dead-haunts me,
Like pumpkin carvings that whisper
in the dark.