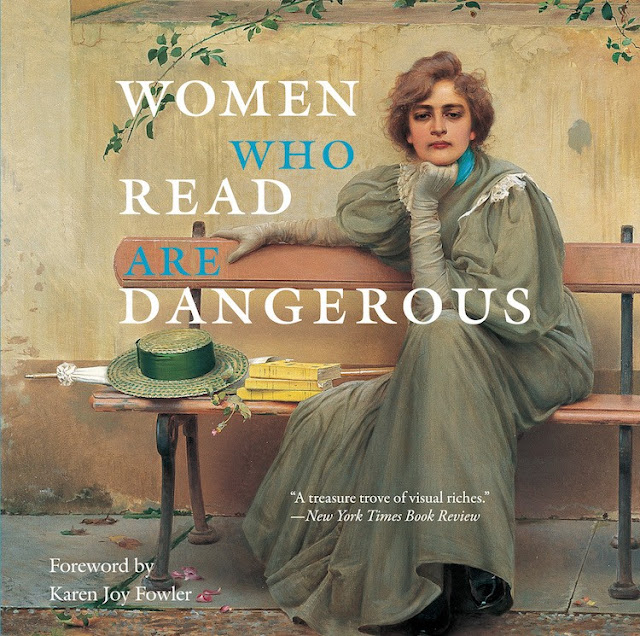 This Covid-19 thing has changed a lot, including many book discussion groups.  I led my last in-person discussion March 3, and since the it's been Zoom or nothing.

The upside to all this enforced confinement is more time to read.  And, although there are constant technical problems, the Zoom discussions have worked pretty well.

But back in January I had begun to think about cutting back on my involvement in library discussion groups.  Beginning in 2003, I've regularly led five a month.  In recent years four of them have required a 45 to 60 minute schlep by freeway, and I was beginning to think that it might be a good time to step back.  The novel coronavirus added a new level of concern: while I'm in quite good health, I'm statically in one of the groups that is "at risk."

A couple of the libraries have been on board for Zoom discussions but others are much more reluctant, so I've decided to call it quits, except for the group that I can get to on nearby public transit--and that one will operate by Zoom until 2021.

Here's the reading list for it, in case you're looking for a good read.


The Plague by Albert Camus 322 pages

In Oran, a coastal town in North Africa, the plague begins as a series of portents, unheeded by the people. It gradually becomes a omnipresent reality, obliterating all traces of the past and driving its victims to almost unearthly extremes of suffering, madness, and compassion. A story published in 1947 that is very relevant today.

Out of Darkness, Shining Light by Petina Gappah 320 pages

The story of the loyal men and women who carried explorer and missionary Dr. David Livingstone's body, his papers and maps, fifteen hundred miles across the continent of Africa, so his remains could be returned home to England and his work preserved there. Narrated by Halima, the doctor's sharp-tongued cook, and Jacob Wainwright, a rigidly pious freed slave, this is a story that encompasses all of the hypocrisy of slavery and colonization—the hypocrisy at the core of the human heart—while celebrating resilience, loyalty, and love.

In a disturbingly believable near future, the need for sustainable energy has torn the United States apart. The South wants to maintain the use of fossil fuels, even though the government in The North has outlawed them. Now, unmanned drones patrol the skies, and future martyrs walk the markets. For the first time in three hundred years, America is caught up in a civil war. Out of this turmoil comes Sarat Chestnut, a southern girl born into the ongoing conflict. At a displaced persons camp, a mysterious older man takes her under his wing, and while her family tries to survive, Sarat is made into a deadly instrument of war, with consequences for the entire nation.

The Heat of the Day by Elizabeth Bowen 384 pages

Many people have fled London, and those who stayed behind find themselves thrown together in an odd intimacy born of crisis. Stella Rodney is one of those who chose to stay. But for her, the sense of impending catastrophe becomes acutely personal when she discovers that her lover, Robert, is suspected of selling secrets to the enemy, and that the man who is following him wants Stella herself as the price of his silence. Caught between these two men, not sure whom to believe, Stella finds her world crumbling as she learns how little we can truly know of those around us.

The Dishwasher by Stéphane Larue 464 pages
It’s October in Montreal, 2002, and winter is coming on fast. Past due on his first freelance gig and ensnared in lies to his family and friends, a graphic design student with a gambling addiction goes after the first job that promises a paycheck: dishwasher at the sophisticated La Trattoria. Though he feels out of place in the posh dining room, warned by the manager not to enter through the front and coolly assessed by the waitstaff in their tailored shirts, nothing could have prepared him for the tension and noise of the kitchen, or the dishpit’s clamor and steam. Thrust on his first night into a roiling cast of characters all moving with the whirlwind speed of the evening rush, it’s not long before he finds himself in over his head once again. A vivid, magnificent debut, with a soundtrack by Iron Maiden, The Dishwasher plunges us into a world in which everyone depends on each other—for better and for worse.


Emma Donoghue's upcoming The Pull of Stars, 304 pages (available in July 2020)
In an Ireland doubly ravaged by war and disease, Nurse Julia Power works at an understaffed hospital in the city center, where expectant mothers who have come down with the terrible new Flu are quarantined together. Into Julia’s regimented world step two outsiders—Doctor Kathleen Lynn, on the run from the police, and a young volunteer helper, Bridie Sweeney.

The Overstory by Richard Powers  502 pages
An Air Force loadmaster in the Vietnam War is shot out of the sky, then saved by falling into a banyan. An artist inherits a hundred years of photographic portraits, all of the same doomed American chestnut. A hard-partying undergraduate in the late 1980s electrocutes herself, dies, and is sent back into life by creatures of air and light. A hearing- and speech-impaired scientist discovers that trees are communicating with one another. These four, and five other strangers—each summoned in different ways by trees—are brought together in a last and violent stand to save the continent's few remaining acres of virgin forest.

And the Birds Rained Down Paperback – 160 pages
by Jocelyne Saucier (Author), Rhonda Mullins (Translator)
Deep in a Northern Ontario forest live Tom and Charlie, two octogenarians determined to live out the rest of their lives on their own terms: free of all ties and responsibilities, their only connection to civilization two pot farmers who bring them whatever they can't eke out for themselves. But their solitude is disrupted by the arrival of two women. The first is a photographer searching for survivors of a series of catastrophic fires nearly a century earlier; the second is an elderly escapee from a psychiatric institution. The little hideaway in the woods will never be the same. Originally published in French, And the Birds Rained Down is the recipient of several prestigious prize

On the last night of 1937, twenty-five-year-old Katey Kontent is in a second-rate Greenwich Village jazz bar when Tinker Grey, a handsome banker, happens to sit down at the neighboring table. This chance encounter and its startling consequences propel Katey on a year-long journey into the upper echelons of New York society—where she will have little to rely upon other than a bracing wit and her own brand of cool nerve.

With its sparkling depiction of New York’s social strata, its intricate imagery and themes, and its immensely appealing characters, Rules of Civility won the hearts of readers and critics alike.

Top 10 Sites to watch Telugu Movies O…
Why the Riddler is such a good villai…
Problems with valuations, again.
Crunchyroll – How to Watch Anime Onli…
GNU: A Heuristic for Bad Cryptography