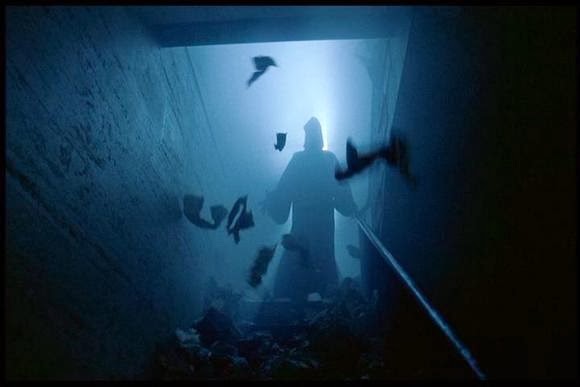 * Autobiography by Morrissey. Though Morrissey writes his autobiography in the present tense, it‘s hard for the reader to ever feel in the moment. Therefor his account is too factual, too emotionless. The only thing that surfaces is anger and frustration towards the many injustices in life, which he describes in great detail. Yet, I liked Morrissey’s autobiography as every word is well thought out, his style uncommon, and I savored each sentence as if it were a rare delicacy.

* The World According To Bob by James Bowen. Once in a while I fall in love with a book and its characters. I was already head over heels with James Bowen’s A Streetcat Named Bob, and it was once again love at first sight with The World According To Bob. These true tales about a heart-felt friendship between a busker and his cat may not be perfect due to their repetitiveness and lack of stylistic flair, but what it provides in terms of feel-good qualities and emotional pureness forgives any of its shortcomings. Even just thinking about this book brings a smile to my face.

* After Dark by Haruki Murakami. After Dark starts with a bang with the description of a girl reading in a coffee shop during the night. As if inside a camera, the reader looks at the characters and their surroundings from different angles, once in a while zooming in on the details. Sadly, after that brilliant opening, the story falls flat. Murakami’s characters seem alien to me and this is accentuated through the dialogue which takes over most of the book. This is the second Murakami novel I’m giving a try (the first one was Kafka On The Shore that I reviewed here), and I just can’t seem to be able to count myself amongst his humongous fan base.

* Hidden Horror: A Celebration Of 101 Underrated And Overlooked Fright Flicks by Aaron Christensen. The problem with most horror reference works is that they put too much emphasis on well-known classics and don’t leave room for the discovery of new titles. Hidden Horror: A Celebration of 101 Underrated And Overlooked Fright Flicks is NOT such a book. As soon as I saw several obscure titles listed in the index along some of my favorites (Evilspeak, Curtains, Let’s Scare Jessica To Death, The Brotherhood Of Satan, Dark Night Of The Scarecrow), I knew I was in for a treat. Every film is treated in-depth as the essays are written by people who know their subject through and through - horror movie directors, film critics, journalists, genre authors, and film festival organizers (the chapter about the rape/revenge film I Spit On Your Grave is even compiled by a rape victim). Highly recommended to any horror fan. Fun fact: Steve De Roover, the director of the movie adaptation of my vampire story A Good Man / Un homme bien, is one of the 101 authors of this book.

* Consumed volume 1 by Kyle Scott. In this collection of horror stories, Kyle Scott surprises with the intensity of his graphic descriptions of mayhem and gore, and his ability to churn stomachs. His fiction moves forward at a rapid pace, yet takes time to slow down and elaborate in its most uncomfortable moments. Within all the horror, there’s also beauty – the beauty of the author’s love for his child that permeates the pages, and the beauty of his writing which rises above that of most horror novels. It’s time to put your Richard Laymon books aside, and to discover a new master of the genre.

* The Driver. Did you think Nicolas Winding Refn’s Drive was original? In that case you should have a look at Walter Hill’s The Driver (1978), as there are not just similarities in terms of story and title, but also in the use of neon-lighting and visual style. Starring Ryan O’Neill, Bruce Dern and Isabelle Adjani.

* Outpost: Rise Of The Spetsnaz (DVD courtesy of Splendid Film and Badass PR). This horror film about a Russian elite unit that's being attacked by zombies has been compared to Dead Snow and Frankenstein's Army. While certainly in the same vein, Outpost is not as good as those in terms of creepiness and humor, but it’s still a decently made film with a good atmosphere.

* Resolution. In a cabin in the woods, a young man helps his friend to get off drugs. Meanwhile their violent neighbors film them, and the men try to find out why. That’s basically the story, ending included. Don’t sacrifice an hour and a half of your life for this.

* Another Earth. Scientists discover a new planet that’s an exact replica of the earth - its inhabitants and history included. Packed with interesting ideas, Another Earth works particularly well in terms of concept. What it misses, however, is emotional attachment, which is pretty strange considering the film puts the focus on its characters and their traumas. I’m wondering what more experienced filmmakers would have done with this promising story.

* Grand Piano. A few years have gone by since pianist Tom Selznick (Elijah Wood) retired following a disastrous concert. When Tom finally returns to the stage, he finds a message written on his music sheet: if you mess up one single note, you die. Without moving his hands from the piano, Selznick must deal with the situation in the middle of a packed auditorium. Despite the static position of the main character, Grand Piano keeps the viewer at the edge of his seat thanks to innovative and claustrophobic camera angles and a smart action-packed script. Unfortunately, the movie falls short in the third act, turning to silliness and deconstructing what was so cleverly built up.

* The Birthday. From the same director as Grand Piano (Eugenio Mira), The Birthday excels in being absurd and surreal, even if it all makes sense in the end. Everything about The Birthday is deliberately irritating: Corey Feldman’s speech disorder, his girlfriend’s hysterics, the crazy denouements. I can’t really say this was a good film, but it definitely was a weird and interesting one.

* Kiss Of The Damned. Style over content reigns in Kiss Of The Damned. And while it’s true that this vampire story is contrived and easy, this is easily forgotten when we are submerged in the colorful visuals, the beauty of the actors, and the revival of a long-lost atmosphere reminiscent of films such as Vampyres and Daughters Of Darkness.

* The Carrier. Objects turn deadly when touched by the carrier of a virus. The townspeople use cats to determine which objects are safe or not (if the cat melts, the object is infected), but what to do when there are no more cats left? And, even more importantly, who is the carrier? The storyline is as original as it is farfetched. I mean, where else can we see books and mirrors eating people? But if The Carrier leaves us mouths agape, it’s mainly because of the scope of the brainless dialogue, the low production value, and the atrocious cast.

* Cameron’s Closet. Based upon the book by Gary Brandner (The Howling), Cameron’s Closet tells the story of a child with psychokinetic powers who has a monster in his bedroom’s closet that acts out his negative thoughts. This supernatural eighties flick disappeared quickly off the radar, probably because of the predictable storyline and bland ending. Most of the movie is pretty entertaining though. An easy, but forgettable watch.

* Dallas Buyers Club. It’s no surprise that both Matthew McConaughey and Jared Leto (I didn’t recognize him at first) won the Oscars for Best Actor and Best Supporting Actor in this movie about AIDS patients in the eighties. Both actors really are the main attraction of this movie, and they put together some of the most surprising performances seen in recent years.

* Best Night Ever. Advertised as 'The Hangover with women', Best Night Ever follows a group of girlfriends who spend the night in Las Vegas for a bachelorette party. I had a hard time getting into this movie at first, because the women were so puerile, but once they find themselves in the craziest and most distasteful situations ("Why was that big, naked woman chasing us?"), I was laughing out loud, tears and all. Best Night Ever made for a fun date night with my sister.

* Music for Judge Dredd Inspired By Mega City One by Geoff Barrow. Sounds exactly like John Carpenter. What’s not to like?


If you're looking for more to read, watch, and listen to, you can check out my old "Reading / Watching / Listening to" posts.