10 movies like Blade Runner that will blow your mind 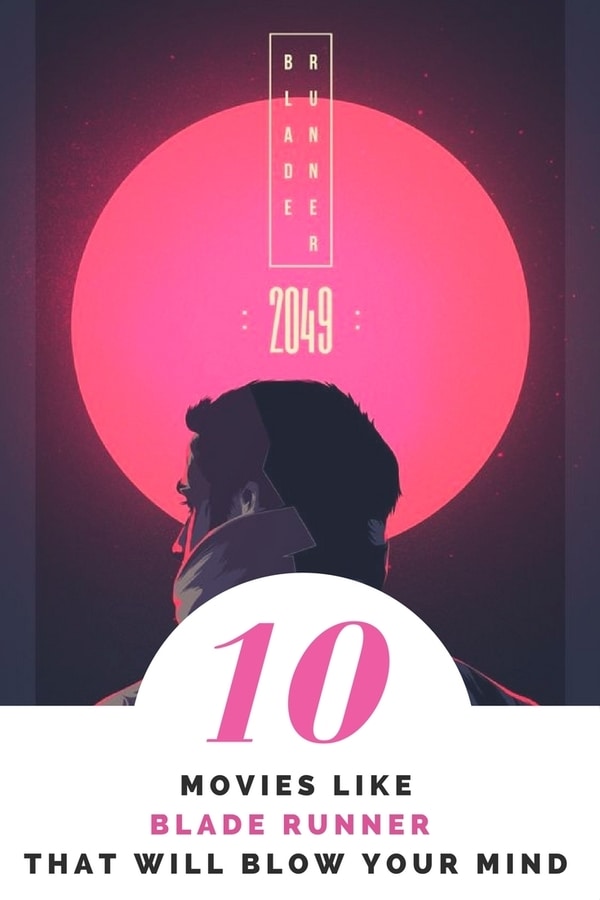 Remaking a classic like Blade Runner (1982) seemed like a bad idea, but ever since it was announced that Denis Villeneuve would be directing, we could rest assured that Blade Runner 2049 would be top notch. His career has only really taken off in 2013, but in those few years time, he has directed some of the best thrillers and sci-fi movies of the decade: Enemy in particular, but also Prisoners, Sicario, and Arrival. Blade Runner 2049 is his ultimate masterpiece.

The following are messages I sent to friends after the screening this afternoon:

And seven hours later: “I can't stop thinking about that film.”

Yes, it's that good.

The movie takes place 30 years after the original. LAPD Officer K (Ryan Gosling) starts working as the new “blade runner.” He discovers a long-hidden secret that is about to unleash chaos. His discovery leads him to former blade runner Rick Deckard (Harrison Ford), who went missing 30 years ago.

Fans of the 1982 version will love that Villeneuve stays faithful to the original when it comes to set design, atmosphere, and the look of the characters. Yet he puts his mark on the story and does something original, touching and incredibly stunning with it.

By all means, do not wait for Blade Runner 2049 to be on Netflix. The breathtaking set design and visual artistry are meant to be watched on the big screen, preferably on IMAX.

Chances are you'll want to see more dystopias about identity issues, implanted memories, and battles against mega-corporations. Check out ten more flicks like Blade Runner 2049 that should be on your watch list.

Kathryn Bigelow's best film to date stars Ralph Fiennes as Lenny, an ex-cop who sells data tapes with recorded memories. By connecting these to the brain, people can re-live the best times of their lives or those of someone else. When Lenny plays a tape of someone killing a prostitute, he tries to get to the bottom of the case. Strange Days has one of the best dystopian atmospheres filled with riots, chaos, and good music. Apart from Ralph Fiennes, you'll also recognize Angela Bassett, Juliette Lewis, Tom Sizemore, Michael Wincott, Vincent D'Onofrio, and William Fichtner.

Loosely based on the Philip K. Dick's We Can Remember It For You Wholesale, Total Recall was one of the most expensive films made at the time of its release. Directed by Paul Verhoeven, it tells the story of Douglas Quaid (Arnold Schwartzenegger) who has dreams about the planet Mars. To find out more, he implements memories of a vacation to Mars, but something goes wrong and suppressed flashbacks of him being a secret agent surface. He will soon learn that his current life, including his wife, are nothing more than false, implanted stories.

Gattaca is a beautifully-made film by Andrew Nicholls about the competition between Valids and In-Valids. The first are enhanced beings who get the best jobs and opportunities. The latter are regular people. Ethan Hawke plays an In-Valid who conned the system and found work at a leading company thanks to a meticulous daily routine.

A police officer (Sylvester Stallone) and a psychopath (Wesley Snipes) are restored to life in the year 2032 after having been cryogenically frozen in 1996. In their new world, crime seems to be eliminated. But, of course, the psychopath will go back on a killing spree.

A man and a woman rebel against a rigidly controlled society in which people are restrained by mind-altering medication and android police officers. Directed by George Lucas.

Director Paul Anderson and screenwriter David Webb Peoples described Soldier as a “sidequel” or “spiritual successor” of Blade Runner because they both take place in the same universe. It centers around a soldier (Kurt Russell) who is dumped on a waste disposal planet and now lives among a community of crash survivors. He takes it upon himself to defend his new home when genetically engineered soldiers attempt to eliminate everyone in their community.

This story set in 2035 takes place in a world in which intelligent robots work in public service positions to ensure the safety of humans. When the founder of the robot company is found dead, detective Del Spooner (Will Smith) and robot expert Susan Calvin (Bridget Moynahan) investigate the case. I, Robot was based on Philip K. Dick's Do Androids Dream of Electric Sheep?, the same story that inspired Blade Runner.

In this sci-fi movie by Paul Verhoeven, a private robotics company brings a killed police officer (Peter Weller) back to life and turns him into the cyborg hybrid RoboCop. The city of Detroit then uses him to fight crime.

In the future, an increasing number of people escape their dire reality by playing a battle simulation game called Avalon. One of the star players tries an illegal and more advanced level, but chances are she'll never come back to the real world.

Do you know any other movies like Blade Runner 2049?

10 movies like Blade Runner that will blow your mind