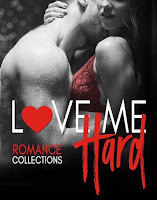 15 authors.
15 HAWT stories.
15 reasons to sweat!
#PreOrder HERE for ONLY $0.99!
Blurb:
Today’s dirty word is…
Jessa Woods has made it her career to educate others about sexual health. Whether it’s simple techniques, exploring sexuality, or spicing up relationships, her radio show, Dirty Words, is a local go-to for all things sexy.