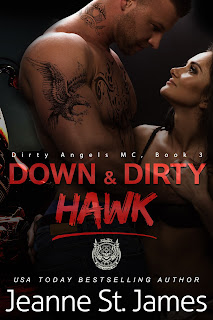 Top 10 Best Sites Like GoStream To Wa…
HDPOPCORNS – Sites Like HD Popcorns t…
On Death and Subculture
Moffat Camping and Caravanning Club S…
Can I consistently feel better?
Blurb:
Welcome to Shadow Valley where the Dirty Angels MC rules. Get ready to get Down & Dirty because this is Hawk’s story...
When strong statements must be made, Hawk, as the MC’s VP, must be the one to make them. But that doesn’t mean there aren’t consequences, like him landing in jail. Though the Club keeps an attorney on retainer, the one who shows up isn’t quite who he’s expecting. Not even close.
Feisty, classy, and curvy, this attorney pushes his buttons in all the right ways. And Hawk can’t ignore a challenge. However, she’s so out of his league, he can’t hope for anything more than a few chances to scratch all her itches.
When Kiki’s boss hands over the club’s account, she doesn’t know what to expect and her meeting with the overbearing, bad boy biker goes anything but smoothly. Like Hawk, Kiki loves a challenge, too. But getting involved in the club and its VP may not be what she bargained for. Especially when it comes to several run-ins with a rival MC, including one which may very well affect the rest of her life.
Kiki needs to decide if becoming involved with Hawk is worth not only the judgment from her peers but, even worse, the violent mayhem the club becomes entangled in.
Trigger warning: This story includes a violent situation that includes kidnapping, physical and sexual assault. Note: This book can be read as a standalone. It includes lots of steamy scenes, biker slang, cursing, some violence and, of course, an HEA. If you like alpha males who take charge, this book is for you. 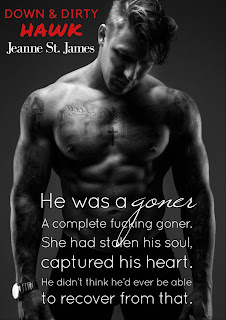