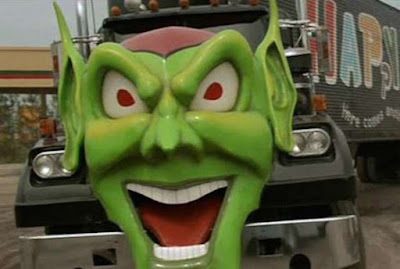 Based on "Trucks", which was a short story that appeared in Stephen King's collection of short stories, Night Shift, Maximum Overdrive is a comedy horror film that King wrote the screenplay for and directed himself.

Stephen King wasn’t the only critic of Maximum Overdriven, the film notched up some less than impressive comments from other sources too.  In the annual Leonard Maltin's TV Movie Guide Maximum Overdrive was rated as a “BOMB”, the film gained two Golden Raspberry awards and it achieved a Rotten Tomatoes approval rating of just 17%.

In the trailer, Stephen King confidently predicts that with Maximum Overdrive, he is “going to scare the hell out of you” and he proclaims that “if you want something done right; you want to do it yourself”. In hindsight, you can now see that he was setting himself up for a big fall.
However, if you take the film for what is; a campy comedy horror film, it is actually quite an enjoyable way to pass an hour and half of your time. You won’t be scared out of your seat and nor will your sides be aching with laughter, but there are some scenes that will shock you and others that will give you a good giggle! Oh, and there’s the excellent AC/DC soundtrack to go with the film too!

The film begins with an ATM telling Stephen King that he is an asshole, in what might seem like a comment on Stephen King’s decision to direct the movie himself. The Earth has passed through the tail of a comet, which makes machines and inanimate objects come to life and become homicidal. A vending machine fires a soda can into a little league coach’s crotch and then finishes him off with one to the head. A drawbridge on a busy road opens, causing mayhem and the demise of an AC/DC van and a watermelon truck.  Chainsaws, hair dryers, lawn mowers and all kinds of machines take on a life of their own and start to go on a murderous rampage.

Meanwhile, in the Dixie Boy truck stop on the outskirts of Wilmington, North Carolina, an arcade machine electrocutes a man and a waitress is attacked by an electric knife. Outside, driverless trucks, led by a truck with a giant Green Goblin mask on its front grille, circle the truck stop menacingly. 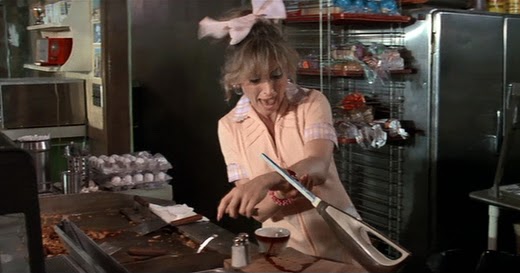 We are, kind of, into familiar Stephen King territory at this point. We have a group of survivors who must now pull together if they are to survive any longer. Why the trucks simply don’t run straight into the flimsy looking truck stop and flatten the humans inside is anyone’s guess, although a manic bulldozer does eventually get that idea.

When an M274 Mule army truck starts making demands of the survivors using its horn to send messages in Morse code, the survivors realise that they are being held to ransom by the machines, and the audience begins to realise that this is one Stephen King film adaptation that is just not going to get any better.
Fortunately for the survivors, there is an island just off the coast where machines are not allowed, so the last few people remaining in the Dixie Boy truck stop decide that they will attempt to find refuge there. The trucks finally work out that they can destroy the truck stop easily by running over it, but they don’t get around to doing that until the survivors have escaped and sailed off into the sunset! 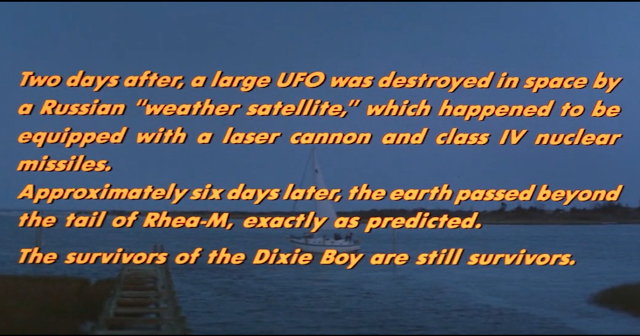 In theory, the plot of Maximum Overdrive has all the elements to make a good Stephen King horror film; possessed machinery running amok in America while a bunch of survivors make their last stand in a truck stop. Unfortunately, however, the film never really gets going and there are no real horror shocks in it. It’s enjoyable enough to watch as a bit of light entertainment, but, let’s be honest; it’s also probably why Stephen King’s debut as a director was the very last time the author sat in the director’s chair.
-
-