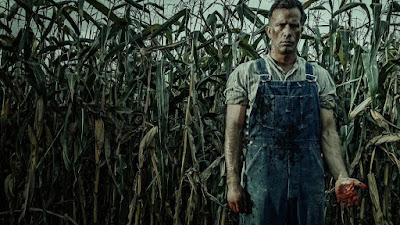 Stephen king’s 1922 is a story that seems to generate very mixed opinions, both in terms of the original novella, which was published in 2010 in the Stephen King Collection, Full Dark, No Stars, and in terms of the recent Netflix adaptation of the book.

Despite the negative opinions of some people, Full Dark, No Stars won the Bram Stoker Award for Best Collection, and 1922 was nominated for the 2011 British Fantasy Award for Best Novella.

Stephen King’s initial inspiration for 1922 came from the nonfiction book Wisconsin Death Trip, which is a book about the harsh lives that people lived in 19th century Midwestern rural areas of America.

1922 tells the sad and rather nasty story of a farmer in Nebraska named Wilfred James. Wilf, as he is known, grows crops on the small patch of land he owns. He is married to Arlette, who owns another patch of land next to Wilf’s farm that she inherited from her father. Arlette wants to sell her piece of land and move to the city, but Wilf wants to stay on the farm with his teenaged son Henry.

The argument between Wilf and Arlette over whether or not to sell up becomes increasingly bitter. Arlette hates living on the farm, but Wilf knows that if Arlette sells her piece of land his own land will become unviable as a farm.

Wilf eventually persuades Henry to help him murder Arlette. They get her drunk and then Wilf slashes her throat with a butcher’s knife. Wilf and Henry dump Arlette’s body in a well.

The well, and Arlette’s body, get infested by rats, so Wilf tries to cover the remains with a bloody mattress. Later on, he decides to fill in the well, but he knows that doing so might lead to some awkward questions about Arlette’s disappearance.  To provide an excuse for his filling in the well, he leads one his cows to well and allows it to fall in. Wilf and Henry later fill in the well, but the rats begin to crawl up through the soil and things go from bad to much, much worse.

In both the book and the Netflix Film Adaptation, the murder takes place very early on in the story, which some reviewers have said makes the remaining story drag on. Stephen King’s 1922, however, is not meant to be a, one shock scene after the other, type of horror story. This is a story of guilt, retribution, fear and a brooding horror that steadily increases in intensity.

Are the rats doing Arlette’s bidding? Has Arlette returned from the dead to haunt Wilf? Is Arlette still alive down that well? Or, is all of this just Wilf’s guilty conscience playing tricks on his mind? These are all questions that will make you want to keep on reading the book.

The Netflix film adaptation of Stephen King’s 1922, which was directed by Zak Hilditch, was released on October 20, 2017. The film received generally positive reviews and scored 88% percent on Rotten Tomatoes. Critical reviews were those that complained that the film was slow, but then that is the nature of the story. John DeFore of Hollywood Reporter summed up 1992 perfectly. He said that the “film is not lurid in its scares, and instead depicts its protagonist's suffering mostly as a slow rot”.
-
-