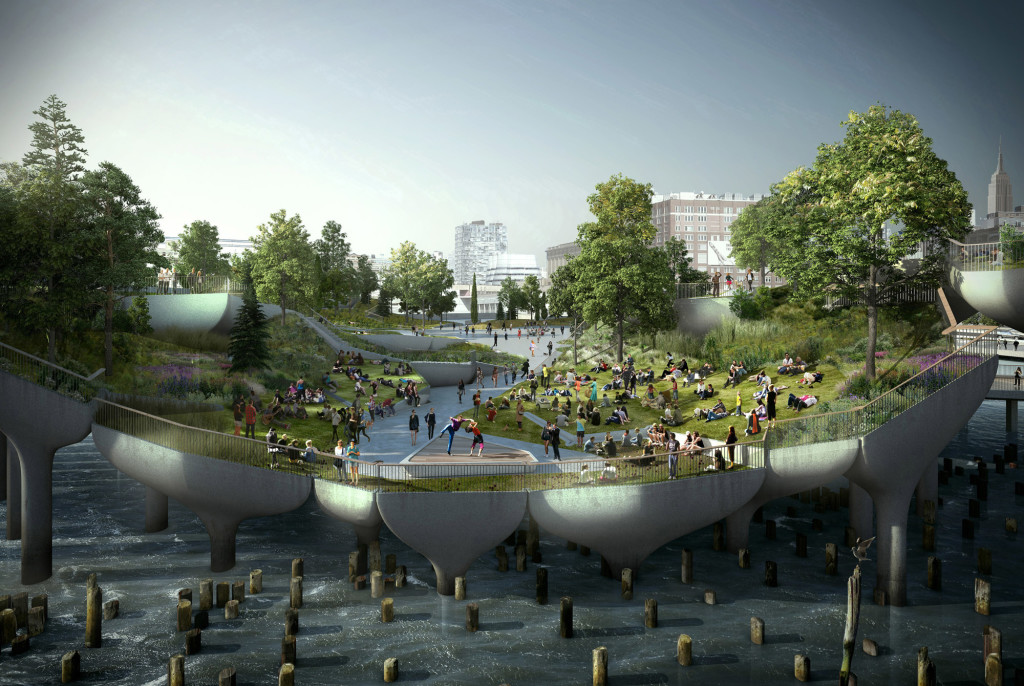 Once again in the news is media Mogul Barry Diller’s futuristic offshore cultural pier development at Pier 55 on the Hudson River. The proposed Park project, known informally as Diller Park after its main backer, who is chairman of IAC/InterActiveCorp and is married to fashion designer Diane Von Furstenburg, is helmed by the Hudson River Park Trust.

The New York Times reports that the project’s main opponent, a civic group called The City Club of New York, may have an equally powerful backer. According to Diller, there is a deep-pocketed “hidden hand” funding the legal actions against the park. In a recent interview, Diller said, “The backer of all this is one Douglas Durst.”
https://www.6sqft.com/mogul-vs-mogul-is-douglas-durst-hell-bent-to-stop-barry-diller-funded-futuristic-offshore-park/?utm_source=6sqft+Daily+List&utm_campaign=f866db33ad-Daily_420&utm_medium=email&utm_term=0_ac79eda340-f866db33ad-246868149