Looking to move to Erie County? If you’re a parent of School-age children, it’s important to take into account which school district your family will live in when you look for a home.

Consider which school district will best fit your child’s particular needs. Will they excel more in a large or small school? A hands-on or hands-off school? No district is better than the other, but schools have different values and focus. Research can help you find the best fit.

To help you get started, here is a roundup of the largest districts in Erie County. 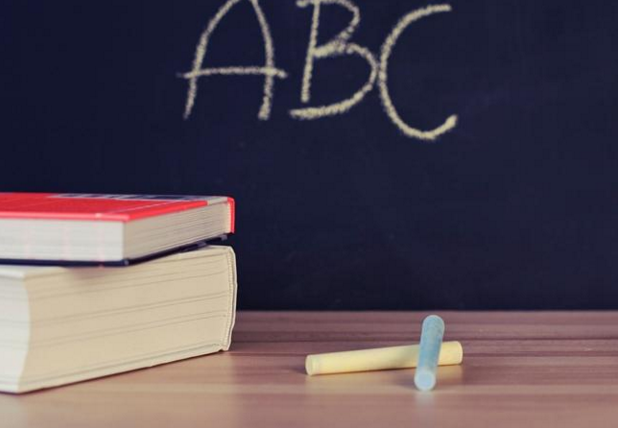 Buffalo Public Schools are the largest in Erie County; there are nearly 60 schools! With a strong focus on family participation, these schools seek to provide a nurturing and supportive environment for their diverse student population.

With a new superintendent, Dr. Kriner Cash, the district is seeing some positive changes and growth in their current program offerings. Cash’s unveiling of the “New Education Bargain with Students and Parents” works toward reducing elementary class size and implementing rigorous early elementary education. The district is also launching five new competitive high schools with programs geared to the future jobs Buffalo will offer. Community schools will serve entire neighborhoods with academic, athletic and wrap around services.

A mix between rural and suburban, this district serves Evans, Brant, Angola, Farnham and Derby. It’s also known as Evans-Brant Central School District. The Lake Shore High School graduation rate is 94.5 percent, according to the district. Their athletic teams have sent representatives to regional and state finals, and their art and music departments have been recognized at highly regarded festivals. Music programs are available for students in fifth grade through high school.

The Ken-Ton district is one of the largest in the state of New York, with 12 schools. The district serves Kenmore and most of Tonawanda, just north of Buffalo. There is an attendance rate of 95 percent, according to the New York State Education Department. Some notable alumni are Wolf Blitzer, CNN journalist; Jon Luther, former CEO of Dunkin’ Brands; and Dan McFall, retired NFL coach.

Lancaster provides education for Lancaster, Cheektowaga, Elma and Depew. The area has many housing choices and easy access to highways. Lancaster has consistently ranked most cost effective and administratively efficient school district, according to the district. Lancaster proudly boasts their graduation rate of 99 percent and believes their summer programs and Lancaster Evening Alternative Program, which supports students who are struggling, make all the difference in student’s school completion. In addition, they have many different nationally recognized academies that help students get ready for college and their careers.

South of Buffalo is West Seneca Central School District, which serves parts of West Seneca, Cheektowaga, Orchard Park, and Hamburg. The attendance rate is 94 percent, according to the New York State Education Department. The district provides academic enhancement programs in every school in a multitude of formats, such as before- and after-school programs, in-school support and some Saturday classes. More than 80 percent of West Seneca graduates seek higher education opportunities.

Just Northeast of Buffalo sits Williamsville School District. Williamsville focuses on developing each student’s unique character, teaching students the importance of assuming responsibility and developing students into leaders, according to the district mission statement. The district has been recognized by the New York State Education Department as a Common Core Institute. Williamsville also offers a comprehensive music program and has been recognized nine times as a “Best Community for Music Education” by the National Association of Music Merchants Foundation. 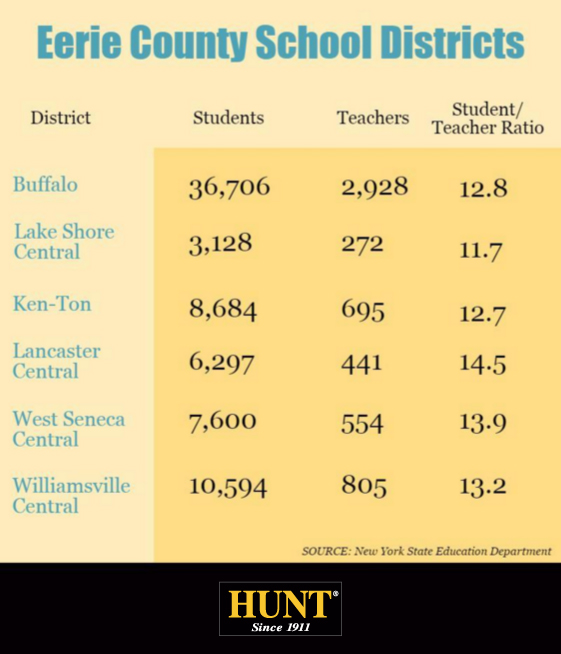 Contact one of our HUNT sales professionals if you have any questions about which school district your potential home may be in.