Vancouver, British Columbia--(Newsfile Corp. - June 12, 2018) - SilverCrest Metals Inc. (TSXV: SIL) (OTCQX: SVCMF) ("SilverCrest" or the "Company") is pleased to announce new drill results for the Granaditas Vein and initial delineation of its high-grade footprint on the Las Chispas Property (the "Property") located in Sonora, Mexico. The Company first drilled two holes in the Granaditas Vein in 2017 (see news release dated October 19, 2017) and re-commenced drilling of this vein in early 2018. The compilation of these new drill holes outlines the high-grade footprint (see attached Figures). This vein is parallel to the Babicanora and Babicanora Norte veins and is approximately 400 metres southeast of Area 51, which is the highest-grade mineralized area of the Babicanora Vein having average resource grades greater than 1,000 grams per tonne ("gpt") silver equivalent ("AgEq", defined below). There are 23 known epithermal veins on the Property, including 11 which have drill-intersected high-grade mineralization and consist of the Babicanora, Babicanora Footwall, Babicanora Norte, Las Chispas, Giovanni including La Blanquita, William Tell, Varela, Granaditas, Luigi and Amethyst veins. Five of the 23 veins have been included in the maiden resource (refer to "Technical Report and Mineral Resource Estimate for the Las Chispas Property, Sonora, Mexico", effective February 12, 2018 and amended May 9, 2018).

N. Eric Fier, CPG, P.Eng and CEO, remarked, "With this confirmed discovery of continuous high-grade mineralization in the Granaditas Vein, we continue to increase our near-surface high-grade footprint in the district. In early 2017, the Company received from a local rancher a historic map showing the location of the Granaditas Mine that was operated by the Spanish in the early 1800's. Up until receipt of the map, the location of the mine was unknown and documented as a lost Spanish mine. Historic reports show that approximately 3 million ounces of silver were mined from the Granaditas Vein to a depth of 90 feet where water was encountered. SilverCrest drilled below this depth and intercepted high-grade mineralization using the same geologic controls as other high-grade veins in the district. It is our intention to further drill test the Granaditas, Babicanora Norte, Babicanora, Babi Sur, Luigi and other veins during the next couple of months and include the results in the proposed updated resource planned for Q3 2018."

The most significant result for this release was returned from Hole GR18-04, which intersected 1.8 metres (true width) grading 12.14 grams per tonne ("gpt") gold and 1,440.3 gpt silver, or 2,350 gpt silver equivalent ("AgEq", based on 75 (Ag):1 (Au) calculated using long-term silver and gold prices of US$18.50 per ounce silver and US$1,225 per ounce gold, with average metallurgical recoveries of 86.6% silver and 98.9% gold), including 0.4 metres grading 9,183 gpt AgEq. The following table summarizes the most significant drill intercepts (uncut, undiluted) for the Granaditas Vein:

Note: all numbers are rounded.
*AgEq based on 75 (Ag):1 (Au) calculated using long-term silver and gold prices of US$18.50 per ounce silver and US$1,225 per ounce gold, with average metallurgical recoveries of 86.6% silver and 98.9% gold.
†previously announced intercept (refer to news release dated October 19, 2017).

All assays were completed by ALS Chemex in Hermosillo, Mexico, and North Vancouver, BC, Canada.

The Granaditas Vein consists of southeastward plunging high-grade mineralization similar to the adjacent Babicanora and Babicanora Norte veins. Mineralization consists of a 0.5 to 1.8 metre wide banded quartz-argentite-pyrite vein, dipping at an estimated 75° southeast. Conceptually, since the vein is near the southeast extension of the highest-grade footprint of the Babicanora Vein (Area 51), shared future underground infrastructure is conceivable and convenient.

A hanging wall vein (unnamed), approximately 40 to 80 metres southeast of the Granaditas Vein, was also drill intercepted with the following initial results:

The Company plans to further drill test this hanging wall vein in Q3, 2018.

The high-grade footprint in the Granaditas Vein currently measures approximately 150 metres long by 100 metres high by 1.5 metres in average true width, grading an estimated 5.69 gpt gold and 595.7 gpt silver, or 1,022 gpt AgEq (see attached Figures) and is open in most directions. Further drilling for potential expansion of the high-grade footprint at the Granaditas Vein is ongoing and additional assays will be reported once compilation is complete.

The Company continues with its Phase III drill program of expansion drilling on several new and partially-drilled high-grade mineralized veins. A remaining 4,000 to 5,000 metres of drilling are planned up to the end of July cutoff for updated resource inclusion. Other ongoing site work includes continued underground mapping and sampling on the Las Chispas Vein, drilling test wells for site water, permitting for various additional work, and review of the maiden resource model for optimization and update.

The Qualified Person under National Instrument 43-101 Standards of Disclosure for Mineral Projects for this news release is N. Eric Fier, CPG, P.Eng, and CEO for SilverCrest, who has reviewed and approved its contents.

SilverCrest is a Canadian precious metals exploration company headquartered in Vancouver, BC, that is focused on new discoveries, value-added acquisitions and targeting production in Mexico's historic precious metal districts. The Company's current focus is on the high-grade, historic Las Chispas mining district in Sonora, Mexico. SilverCrest is the first company to successfully drill-test the historic Las Chispas Project resulting in numerous discoveries. The Company is led by a proven management team in all aspects of the precious metal mining sector, including taking projects through discovery, finance, on time and on budget construction, and production.

This news release contains "forward-looking statements" within the meaning of Canadian securities legislation. These include, without limitation, statements with respect to: the strategic plans, timing and expectations for the Company's exploration, rehabilitation and drilling programs of the Las Chispas Property, including drilling test water wells, permitting for various work, and optimizing and updating the Company's resource model; information with respect to high grade areas and size of veins projected from underground sampling results and drilling results; and the accessibility of future mining at the Las Chispas Property. Such forward‑looking statements or information are based on a number of assumptions, which may prove to be incorrect. Assumptions have been made regarding, among other things: the conditions in general economic and financial markets; availability of skilled labour; timing and amount of expenditures related to rehabilitation and drilling programs; and effects of regulation by governmental agencies. The actual results could differ materially from those anticipated in these forward-looking statements as a result of risk factors including: the timing and content of work programs; results of exploration activities; the interpretation of drilling results and other geological data; receipt, maintenance and security of permits and mineral property titles; environmental and other regulatory risks; project cost overruns or unanticipated costs and expenses; and general market and industry conditions. Forward-looking statements are based on the expectations and opinions of the Company's management on the date the statements are made. The assumptions used in the preparation of such statements, although considered reasonable at the time of preparation, may prove to be imprecise and, as such, readers are cautioned not to place undue reliance on these forward-looking statements, which speak only as of the date the statements were made. The Company undertakes no obligation to update or revise any forward-looking statements included in this news release if these beliefs, estimates and opinions or other circumstances should change, except as otherwise required by applicable law. 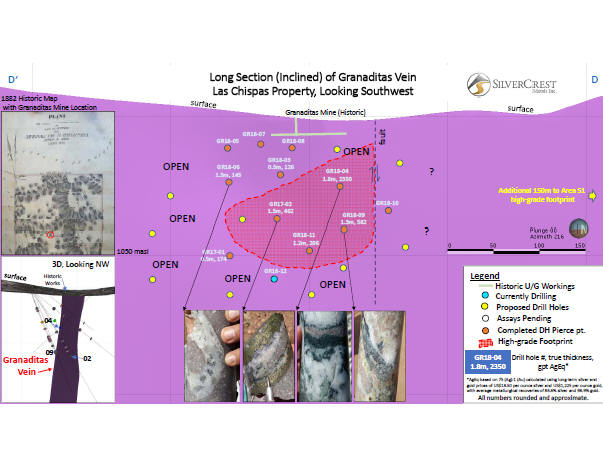 To view an enhanced version of Figure 1 please visit:
https://orders.newsfilecorp.com/files/1467/35207_silvercrest2.jpg 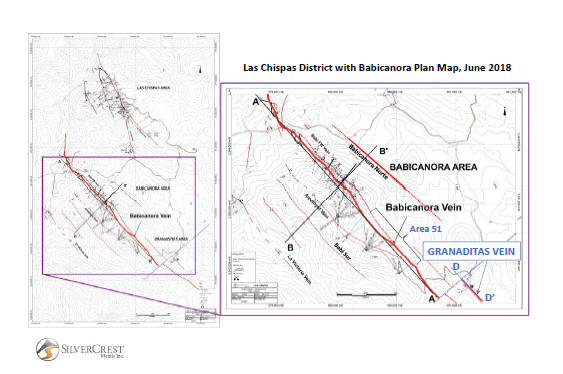 To view an enhanced version of Figure 2, please visit:
https://orders.newsfilecorp.com/files/1467/35207_silvercrest4.jpg

Can you live in a commercial property?