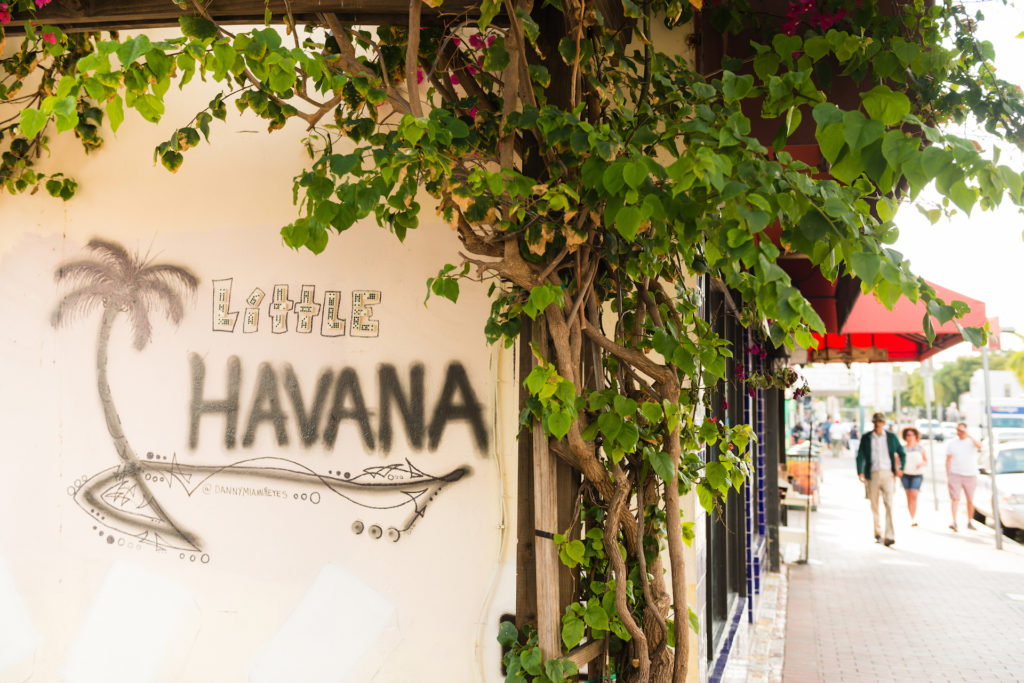 Bienvenidos a Little Havana! Home to a thriving Latino community, Miami’s vibrant Cuban center sits just west of Downtown. This neighborhood is known for its incredible Cuban restaurants, lively nightlife, and active arts community. Brightly colored storefronts house art galleries, clubs and lounges, and mom and pop shops—all of which have Latin tunes spilling out the doors and onto the streets. Calle Ocho (8th Street) serves as the main drag and is always bustling with locals discussing politics over coffee and cigars. But the street really comes alive for Little Havana’s monthly arts fest/block party, Viernes Culturales, aka Cultural Fridays. Like much of South Florida, Art Deco architecture abounds, while many locals reside in Mediterranean-style houses and bungalows.

Practice your Spanish and get ready to rumba! Amazing Cuban coffee, the best Cubano sandwiches in the country, and minty muddled mojitos make this Miami ‘hood a national treasure. Vamos a Pequeña Habana! 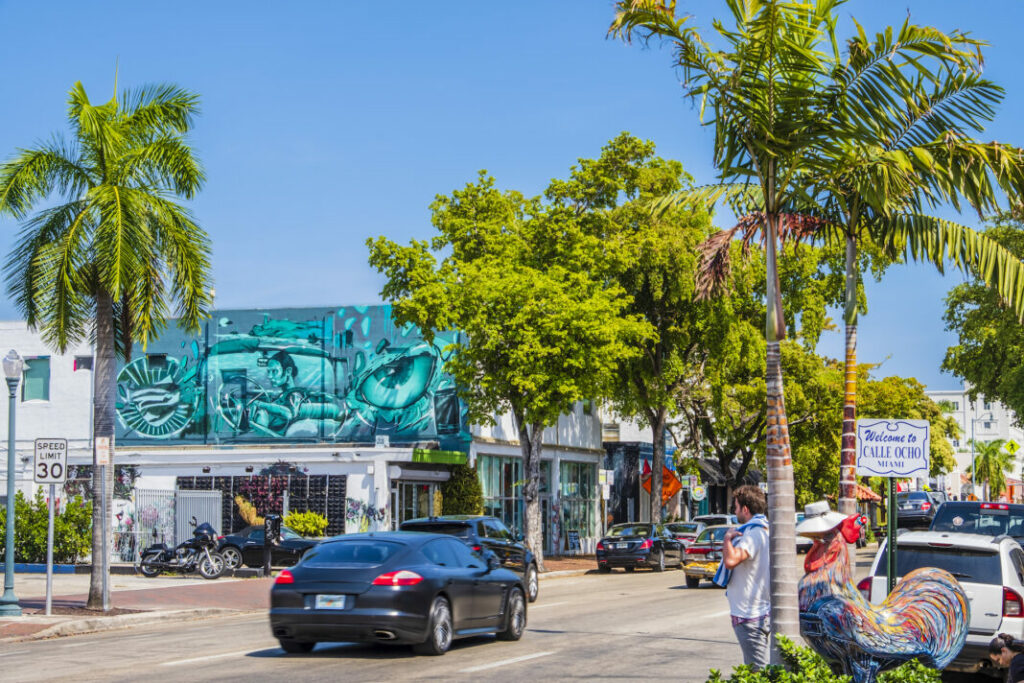 The MetroRail does not service Little Havana, but bus routes offer public transportation. If you’d rather drive, you’re just a quick 10-minute drive to Downtown via FL-836 E. 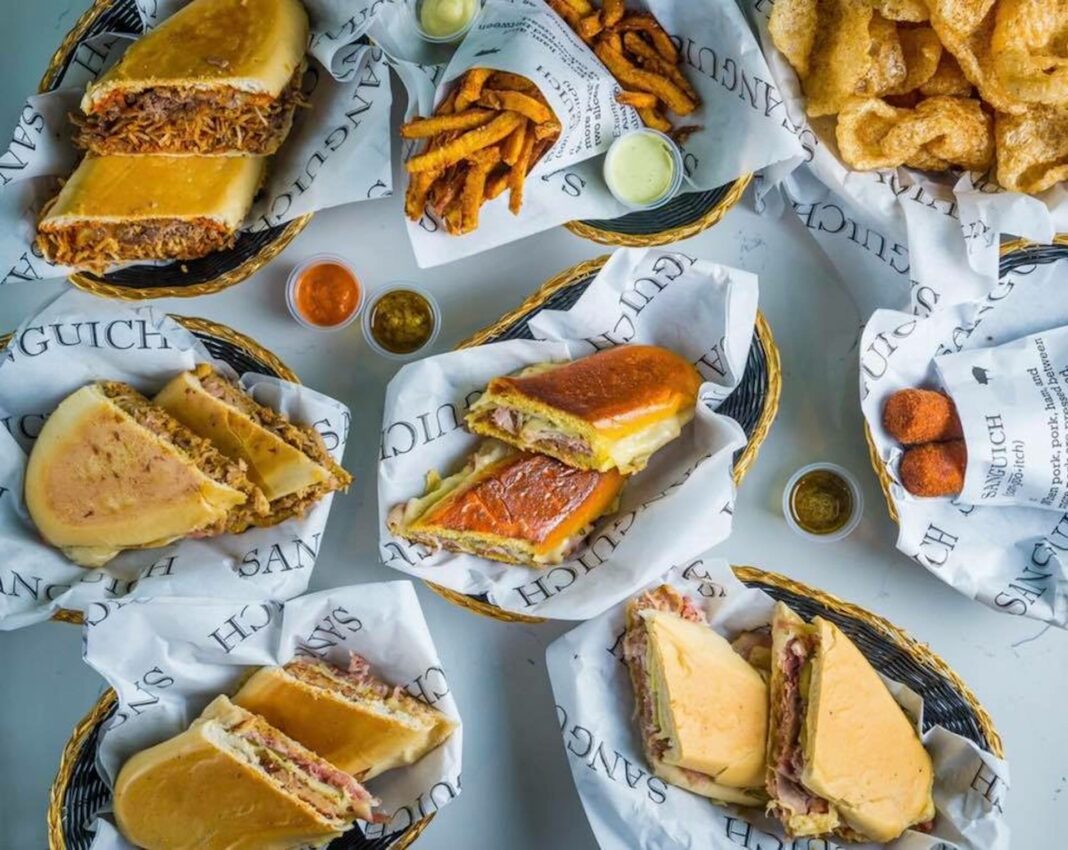 Where locals eat brunch on Sundays 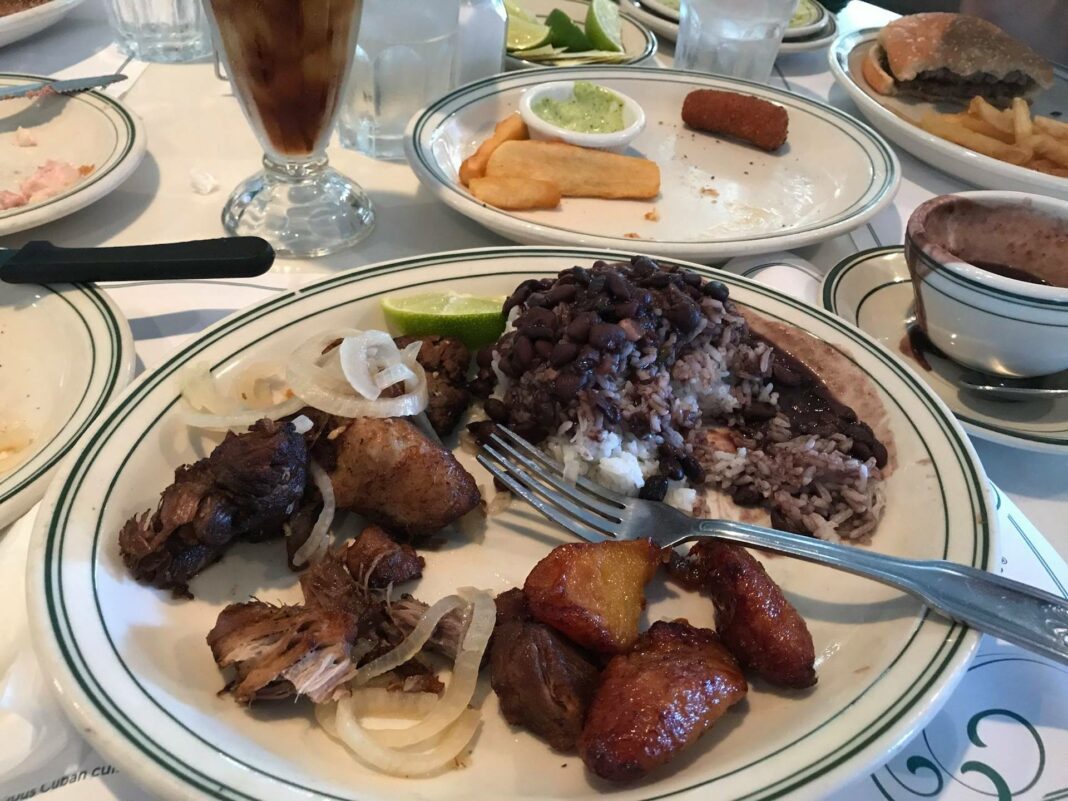 Head to the “World’s Most Famous Cuban Restaurant,” Versailles Restaurant for a brunch of croquetas, ropa vieja, or one of their famous Cuban sandwiches. Or, just grab a guava pastry and café Cubano from La Ventanita, the restaurant’s little outside-facing takeaway window and bakery shop. 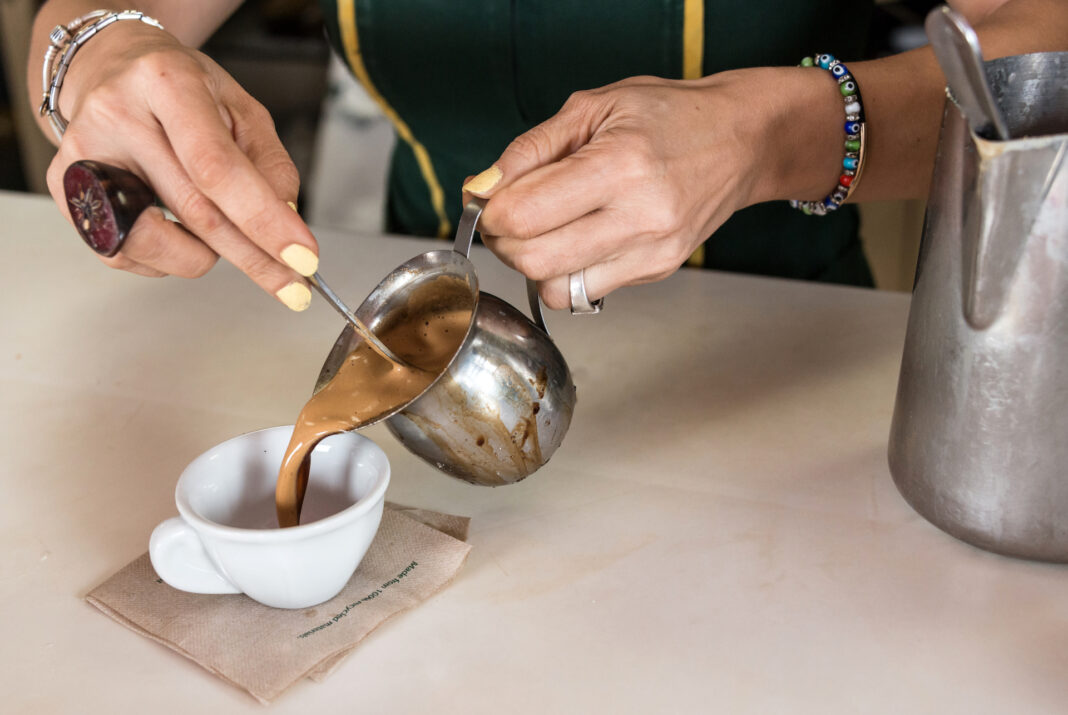 You can get a Cuban-style cafecito (sweetened espresso) at any of the ventanitas (walk-up windows) dotted along Little Havana’s streets. 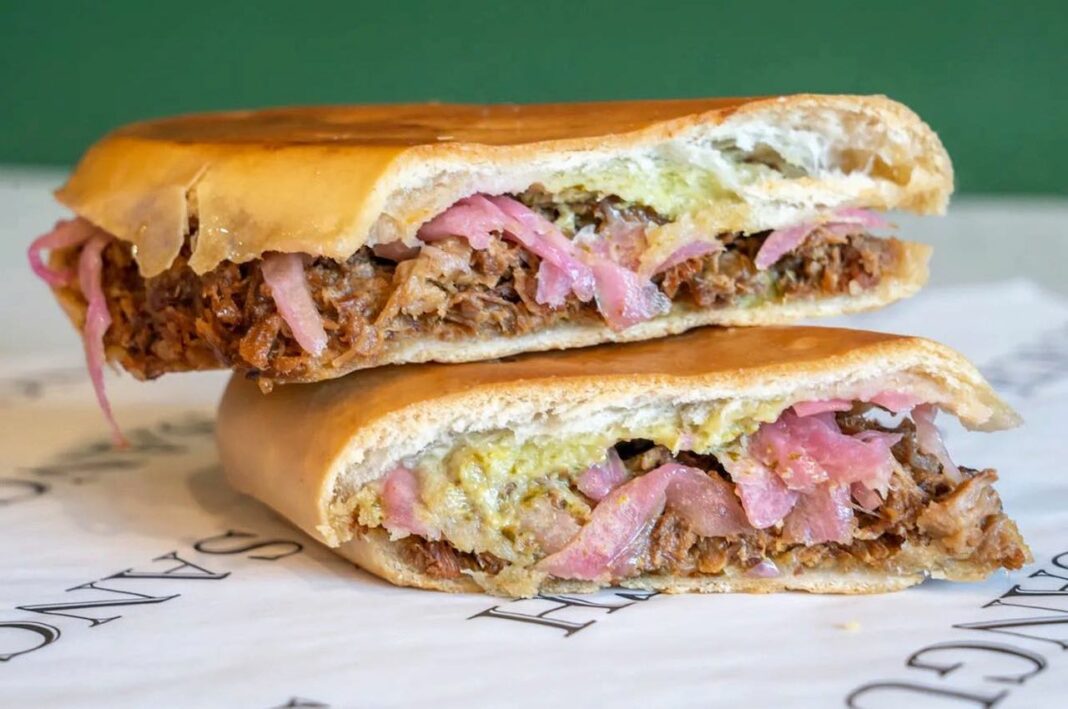 Sanguich de Miami may have the best Cubano in the city, thanks to the cozy cafe’s house-made ingredients. That’s probably why it topped our list of Miami’s best restaurants.

Late-night eats for when you’ve had one too many 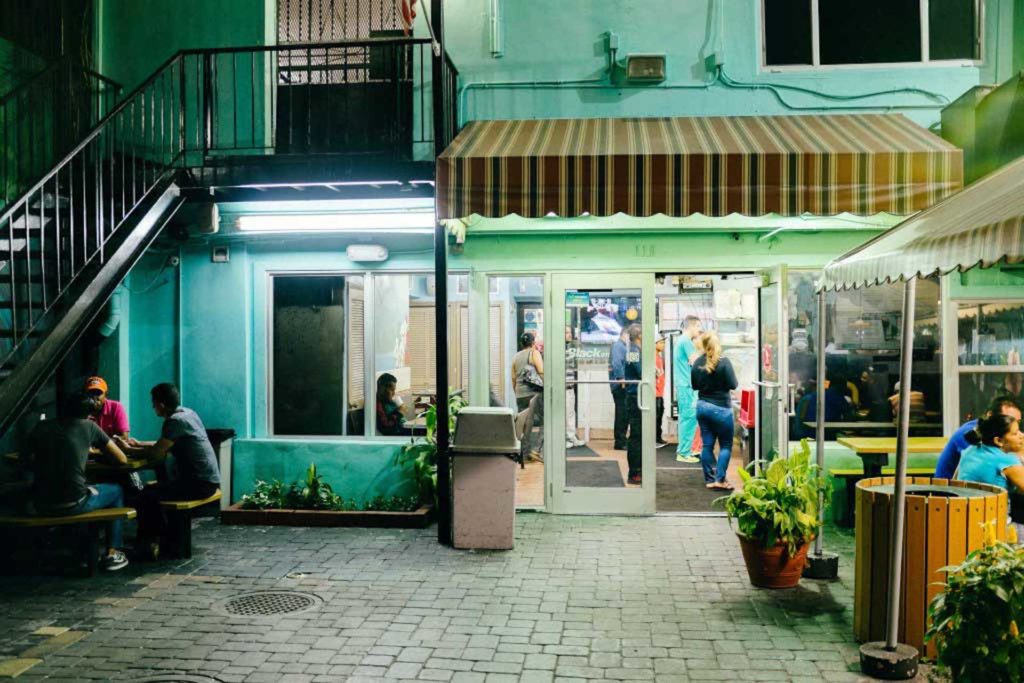 Little Havana is also home to many Central and South American immigrants who brought along their gastronomies. People line up for Pinolandia Fritanga’s classic Nicaraguan cuisine at all hours of the day and well into the night. You can load up on carne asada, gallo pinto, fried sweet plantains, and whatever else looks and/or smells good for less than $20. Pro tip: Get mango juice or fresco de cacao to drink from the market in the back. 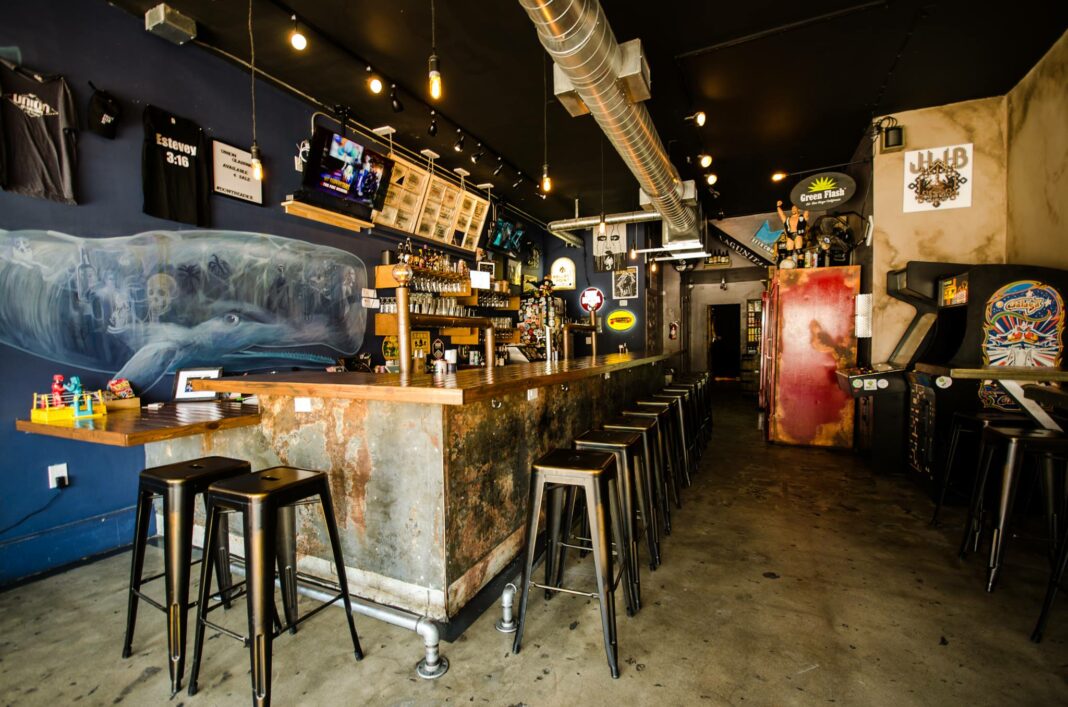 via The Union Beer Store

The dive bar where everyone knows your name

The Union Beer Store has 20 beers on tap, and that’s about it. Belly up to the bar or grab a growler to go.

Where to drink mojitos outside

Calle Ocho’s “World Famous Live Music Bar & Lounge” Ball & Chain is off the chain on Saturday nights, but the classic Cuban nightclub’s tropically decorated open-air patio makes for a great day-drinking spot as well. Enjoy a divine mojito and some tapas as you take in the Latin jazz music emanating from a pineapple-shaped stage. Put simply, it’s one of Miami’s best bars and it proves it every day and night.

Where to get cocktails on a first date

Another Calle Ocho locale, the Cubaocho Museum & Performing Arts Center is a center for Cuban culture that just so happens to mix yummy rum beverages. Between the extensive collection of vibrant Cuban artwork and live music, your date will be swept off their feet. 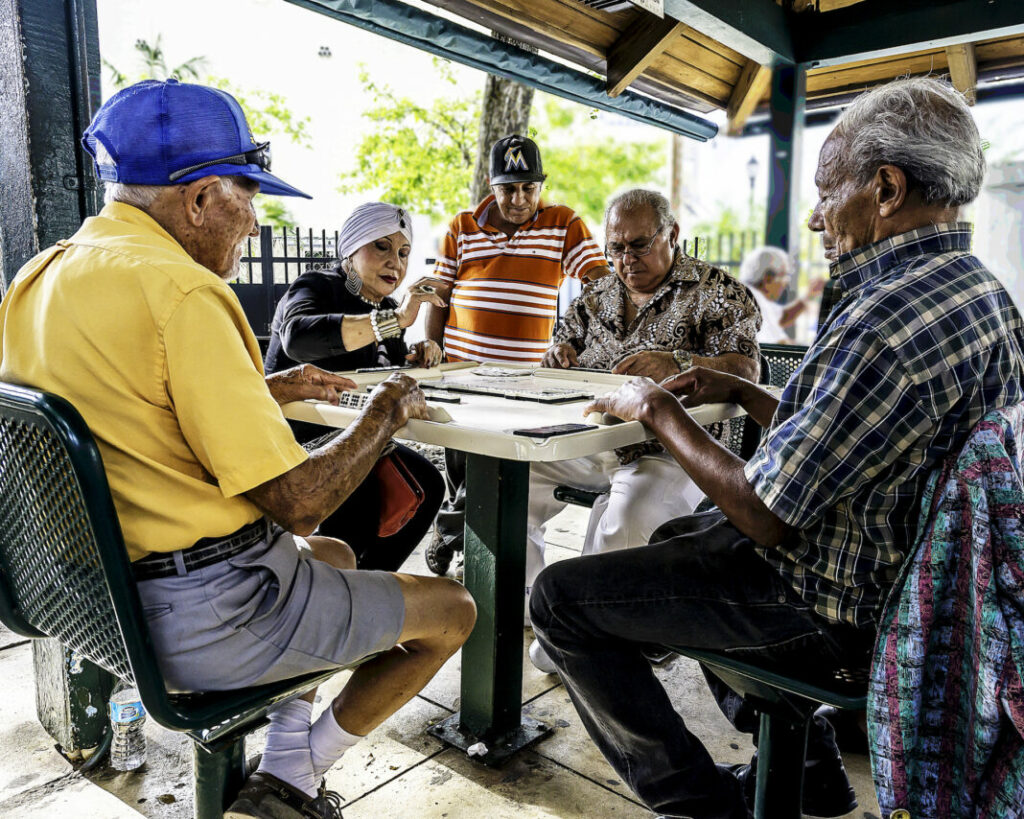 Little Havana is famous for Domino Park, where retired locals come to discuss politics over riling games of dominos. They won’t let you play, but you can sit and watch. Then go grab a scoop of artisanal gourmet ice cream or two from the nearby Azucar Ice Cream Company. Cuban and Latin American-inspired flavors include guava, mango, and mamey, while their signature Abuela Maria contains vanilla, guava, cream cheese, and Maria cookies.

Closer to a grassy median than a park, Cuban Memorial Plaza is home to the eternal flame which burns in memory of the Bay of Pigs Invasion in 1961, other memorials for those who fought for Cuban independence, and a large ceiba tree where Afro-Cuban Santaria practitioners leave chicken bones as a ritual sacrifice. Located alongside the Miami River, the 10-plus acre Sewell Park features a large collection of Cuban royal palm trees. The compact Coral Gate Park has a playground, plus a basketball court, a tennis court, and a baseball diamond. Marlins Park has a handy dandy retractable roof to keep baseball fans out of the hot Miami sun. 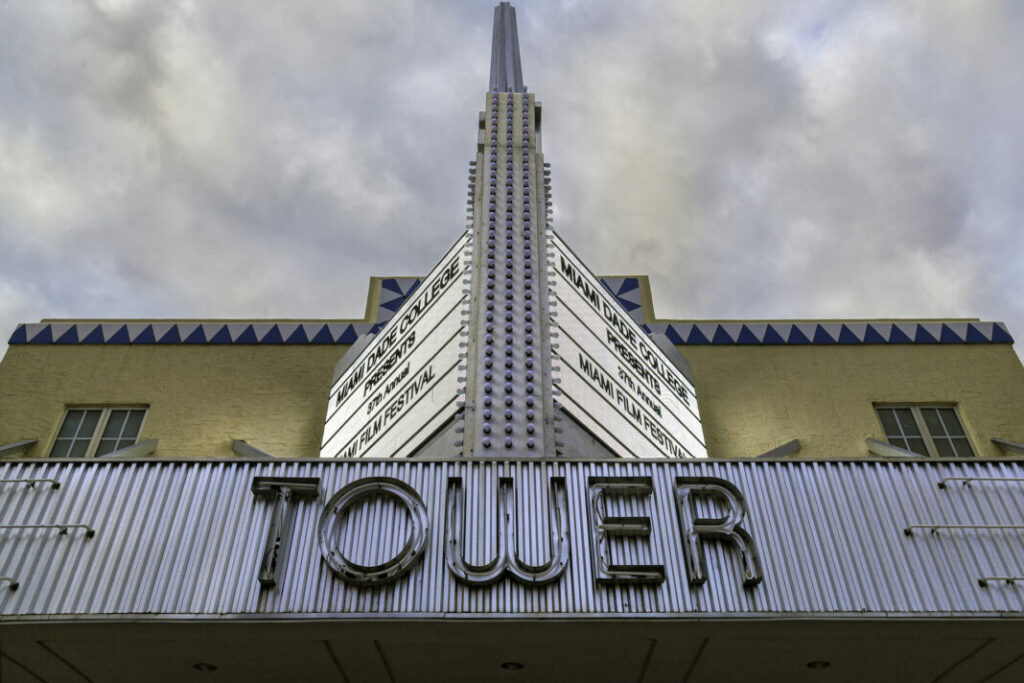 Who needs farmer’s markets when you have fruit stands everywhere, like the open-air mom and pop shop, Los Piñareños Frutería. Keep an eye out for Chucha, the pot-bellied Vietnamese pig as you shop fresh tropical produce and sip on a Latin American-inspired smoothie or some sugar cane juice, called guarapo, at this neighborhood market. Pick up some fresh fish, lobster, or stone crab at La Camaronera Seafood Joint and Fish Market.

Calle Ocho’s Walk of Fame, or El Paseo de las Estrellas as the locals refer to it, honors famous Cubans such as Gloria Estefan and salsa dancer Celia Cruz.

What are you waiting for? Make Little Havana home. Search thousands of Miami apartments on Zumper and find your next place.