The Zumper New York City Metro Area Report Analyzed Active Listings in January 2020 across 30 metro cities to show the most and least expensive cities and cities with the Fastest Growing rents. The New York one bedroom median Rent was $1,943 last month. 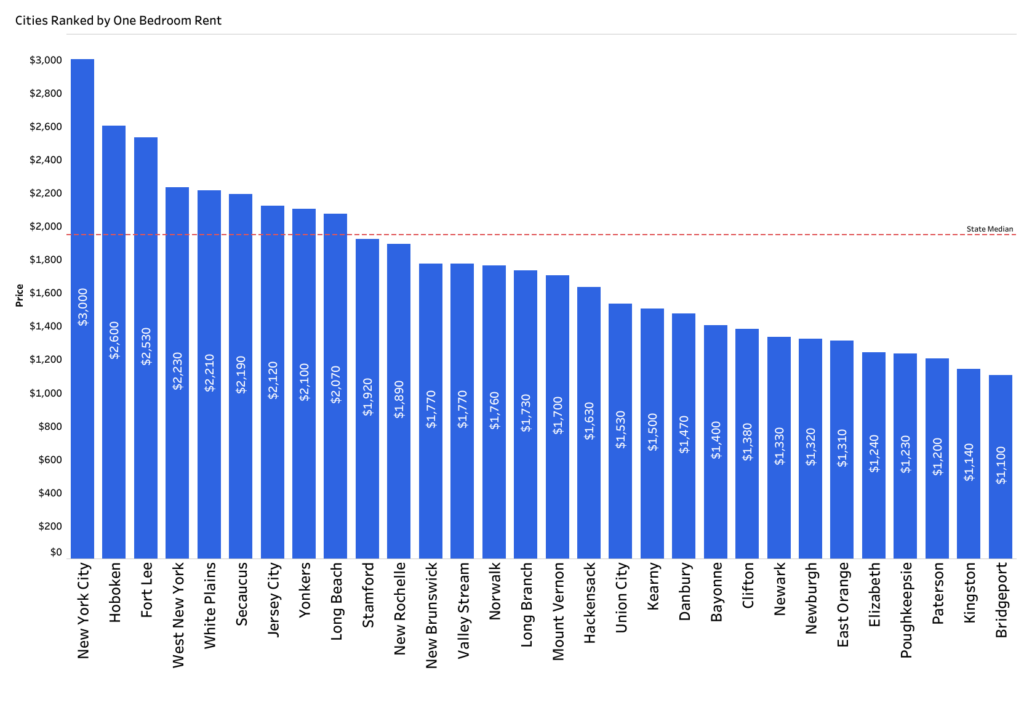 –New York City was the most expensive city with one bedrooms priced at $3,000.

–Bridgeport ranked as the most affordable city with one bedrooms priced at $1,100.

–Paterson rent remained flat at $1,200 and as the third least expensive. 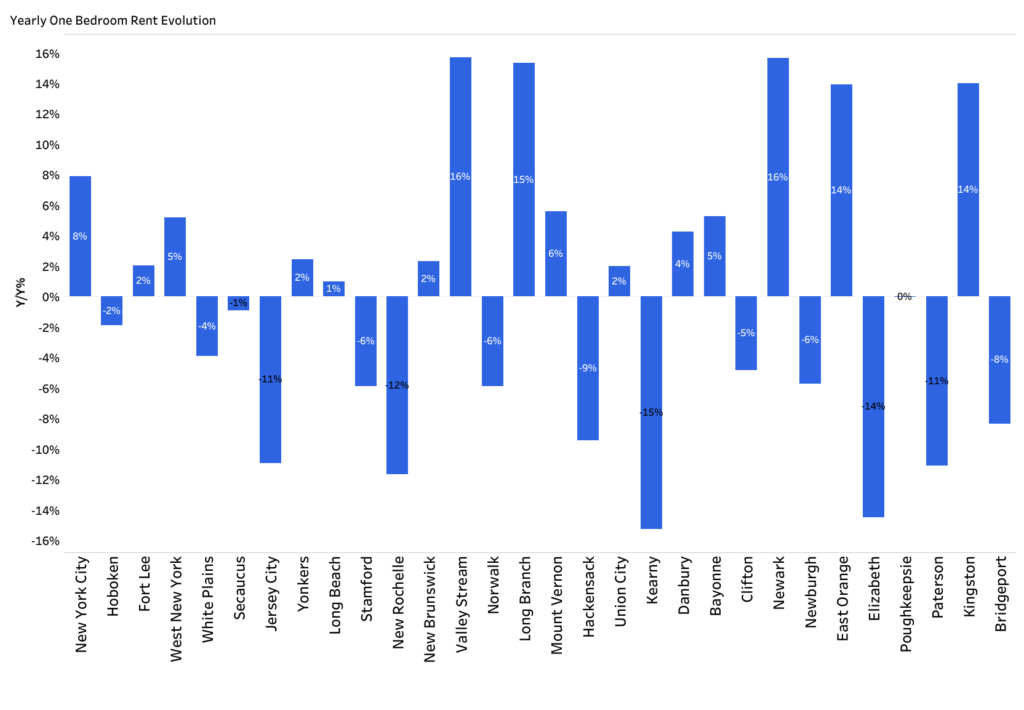 –Valley Stream & Newark rents tied for the fastest growing, both up 15.7% since this time last year.

–Kingston was third with rent jumping 14.0%. 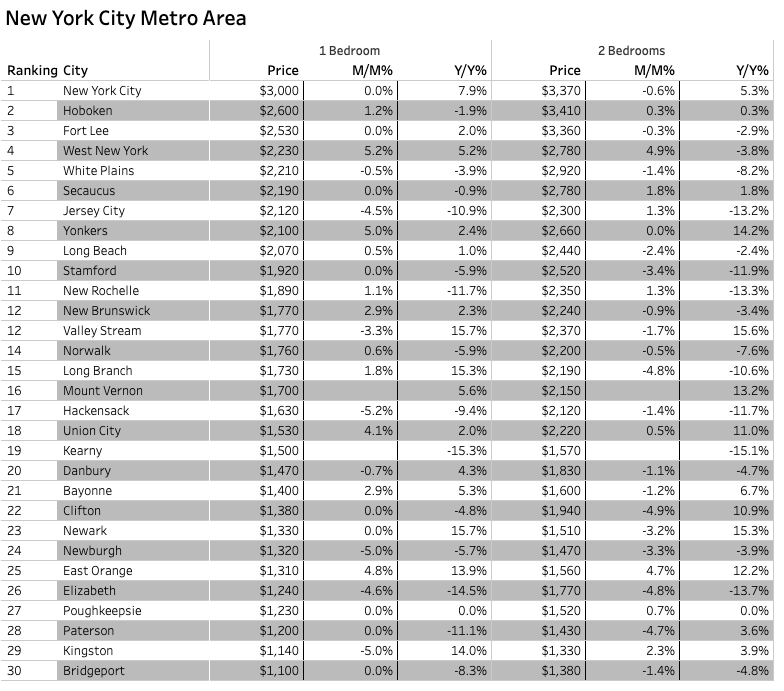