The Zumper Austin Metro Area Report analyzed active listings in October 2019 across 8 metro cities to show the most and least expensive cities and cities with the Fastest Growing rents. The Texas one bedroom median Rent was $961 last month. 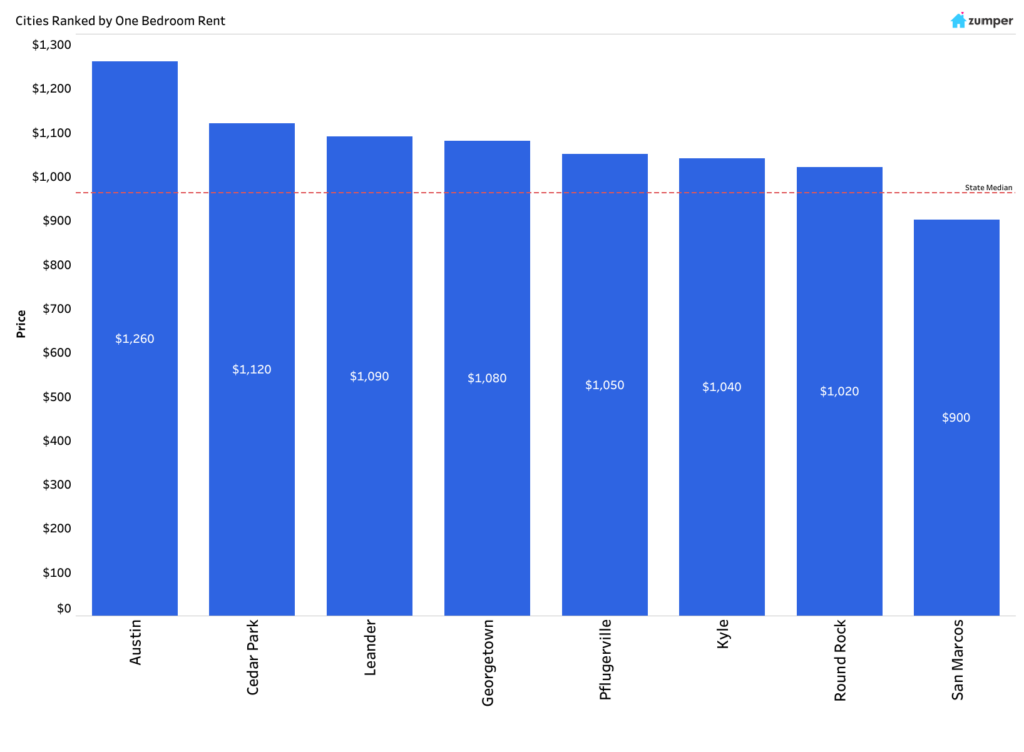 –Austin was the most expensive city with one bedrooms priced at $1,260.

–San Marcos ranked as the most affordable city with one bedrooms priced at $900. 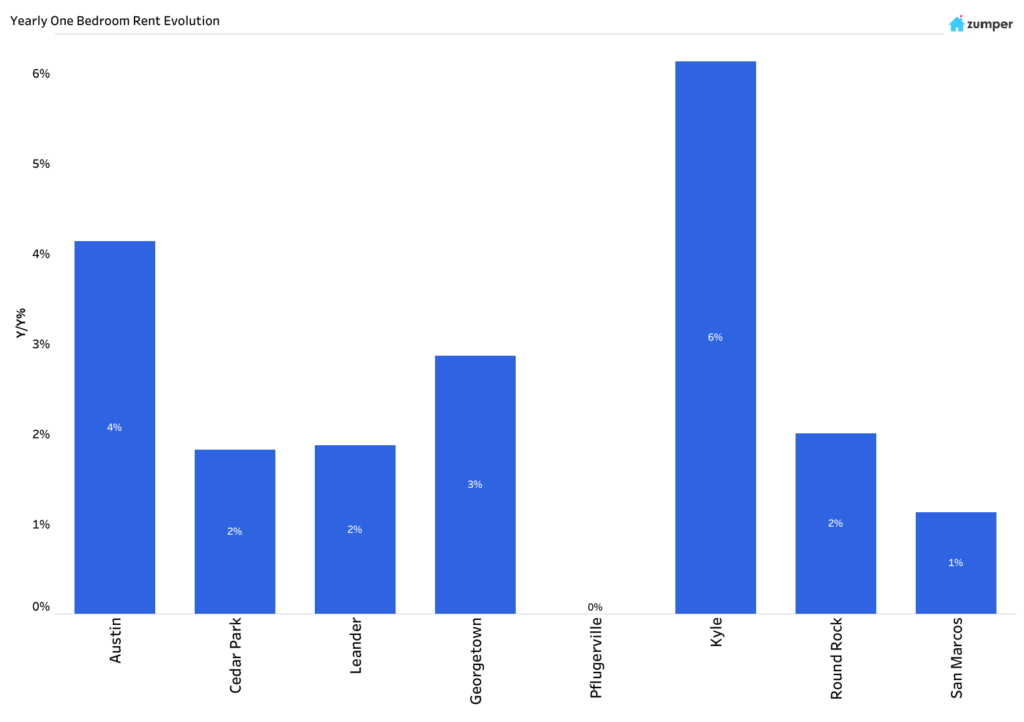 – Kyle had the fastest growing rent, up 6.1% since this time last year.

– Georgetown was third with rent growing 2.9%

– Austin had the largest monthly rental growth rate, up 4.8%.