The Zumper DC Metro Area Report Analyzed Active Listings in October 2019 across 11 metro cities to show the most and least expensive cities and cities with the fastest growing rents. The DC one bedroom median Rent was $2,002 last month. 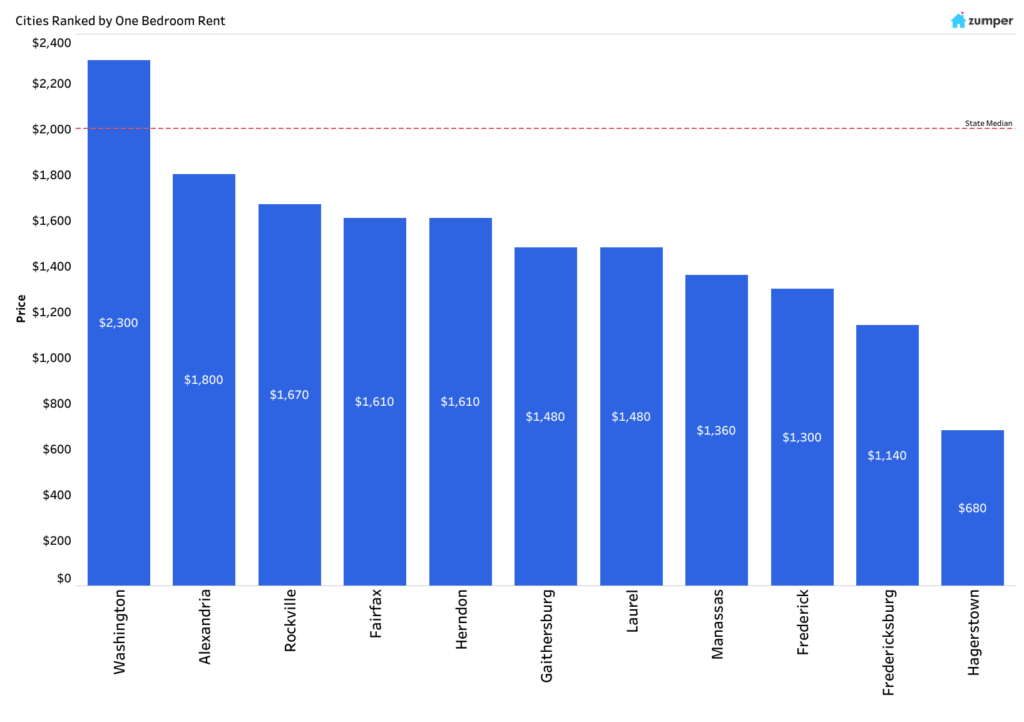 –Washington D.C. was the most expensive city with one bedrooms priced at $2,300.

–Hagerstown ranked as the most affordable city with one bedrooms priced at $680.

–Fredericksburg was second with rent at $1,140.

–Frederick ranked as the third least expensive with rent staying flat at $1,300. 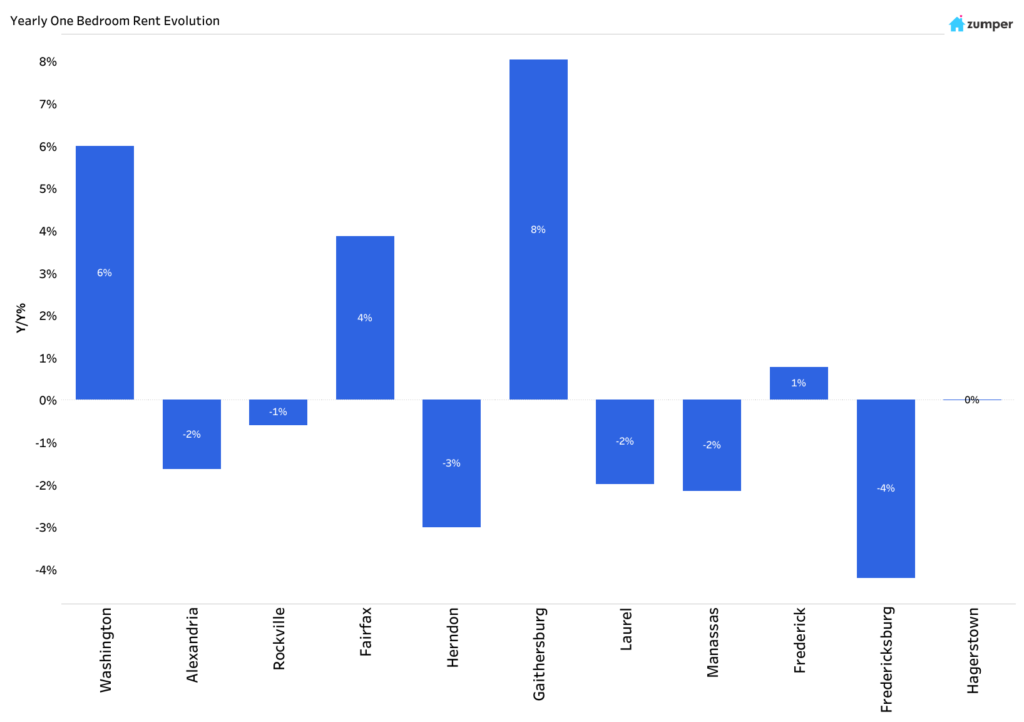 –Gaithersburg had the fastest growing rent, up 8.0% since this time last year.

–Fairfax was third with rent climbing 3.9%.

–Fredericksburg had the largest monthly rental growth rate, up 1.8%.