The 9 Best Bars in Baltimore, Maryland 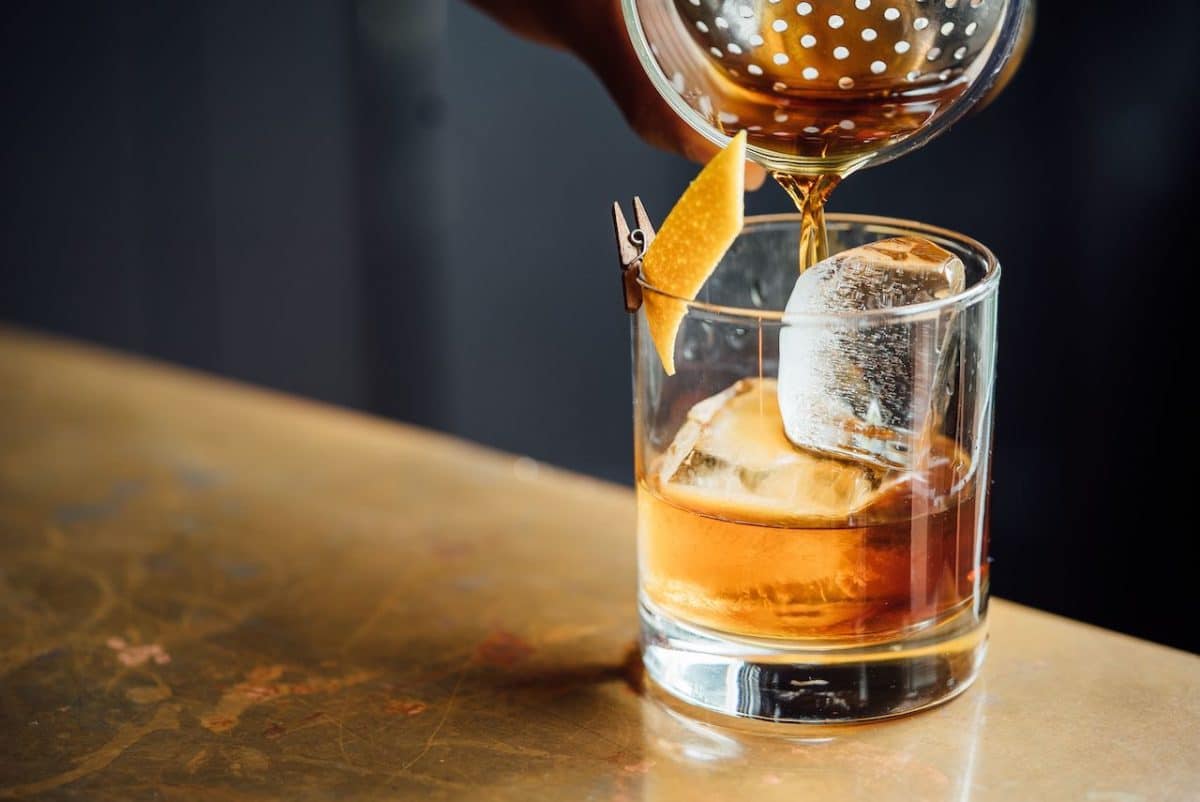 Maryland rebelled against Prohibition, which may have caused Baltimore’s bar game to excel while the rest of the country’s stalled. From gastropubs to chic Cocktail bars, we’ve narrowed down the best watering holes in the city. 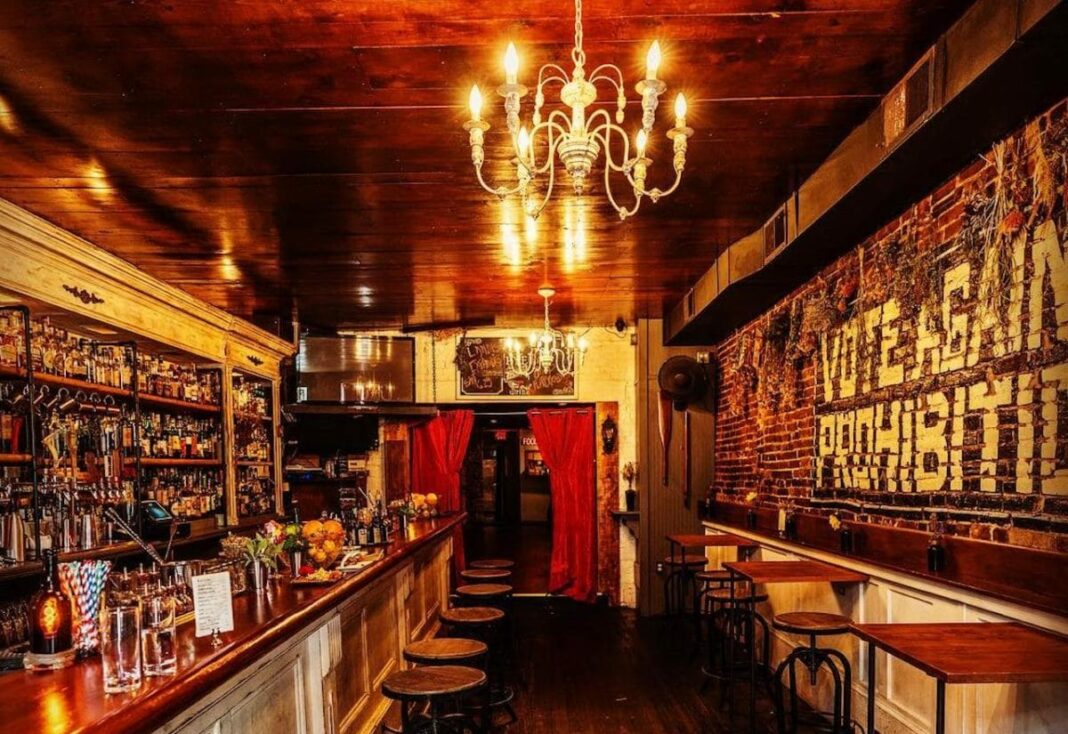 This revered craft cocktail bar in the heart of Fells Point, one of Baltimore’s best neighborhoods, celebrates creativity, originality, and craft barmanship. Since opening in 2011, RYE’s innovative approach has paved the way for Baltimore’s craft cocktail movement. This must-visit spot along Thames Street features Pimm’s Cups on draft(!), and fun combinations like the Coin Operated Boy made with Rittenhouse rye, absinthe, Gran Classico Bitters, lemon, and caramel. There’s not a bad seat in the house, as this is truly one of the best bars in Baltimore. The “Vote Against Prohibition” sign painted on the exposed brick wall behind the bar stools makes sure no one misses the speakeasy vibe. 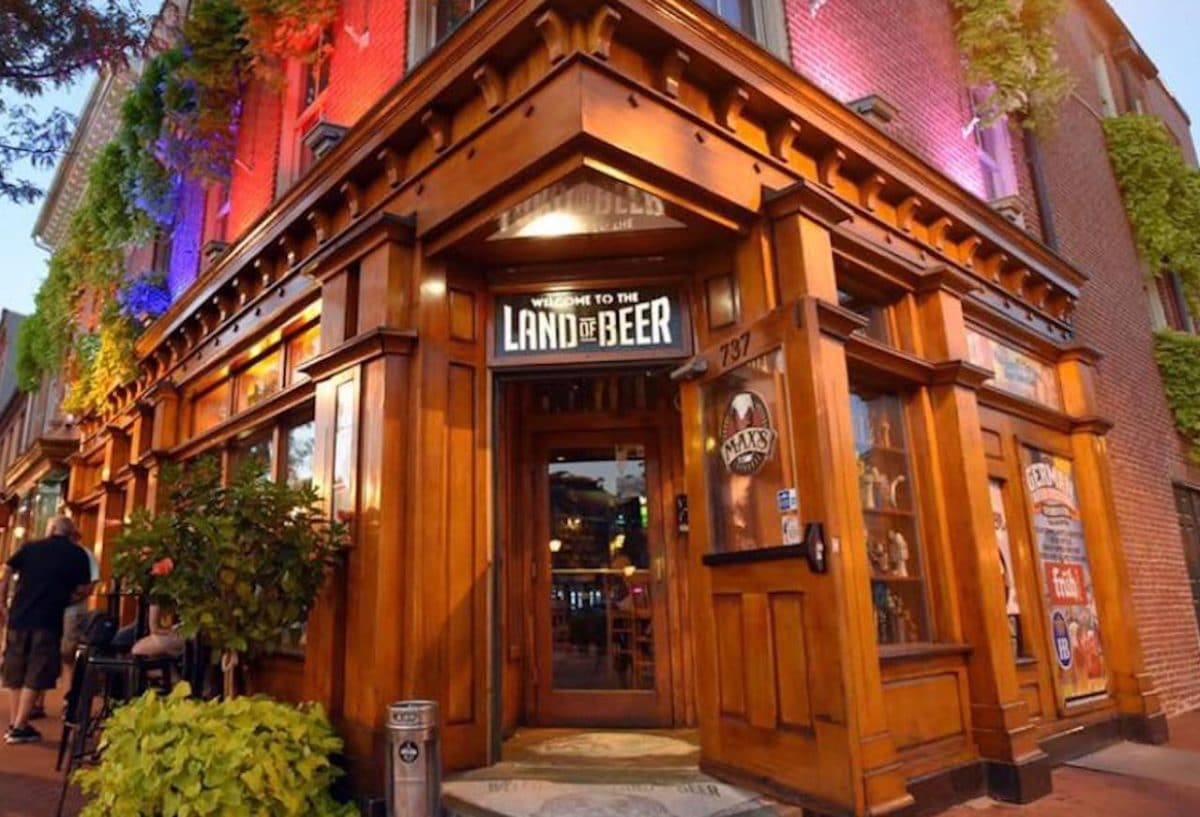 Another Fells Point gem, this gastropub is where you go for Beer and sports. The Baltimore bastion of craft beer features 100 rotating drafts, a handful of cask beers, and a selection of over 1,000 bottles, making it one of the best bars for beer in the world. The beer haven is composed of three separate bars. Everything is repurposed, from the floor to the artwork on the wall, to the recycled beer bottle candles.

Max’s features creatively named Happy Hour specials M-F, like the “Monday sucks happy hour” (drink specials all day), and the “Tuesday beer social” where you can sample rare and exotic beers. If you’re lucky you can catch one of this bar’s many festivals, like the Annual Belgian Beer Fest, Rare & Obscure, Hopfest, American Craft Beer Week, Italian Fest, and more. Need something to soak up all the suds? The food here is pretty good, too. The Tater Bowl–tater tots smothered in pulled pork, cheddar jack cheese, sour cream, and bacon–will hit the spot. 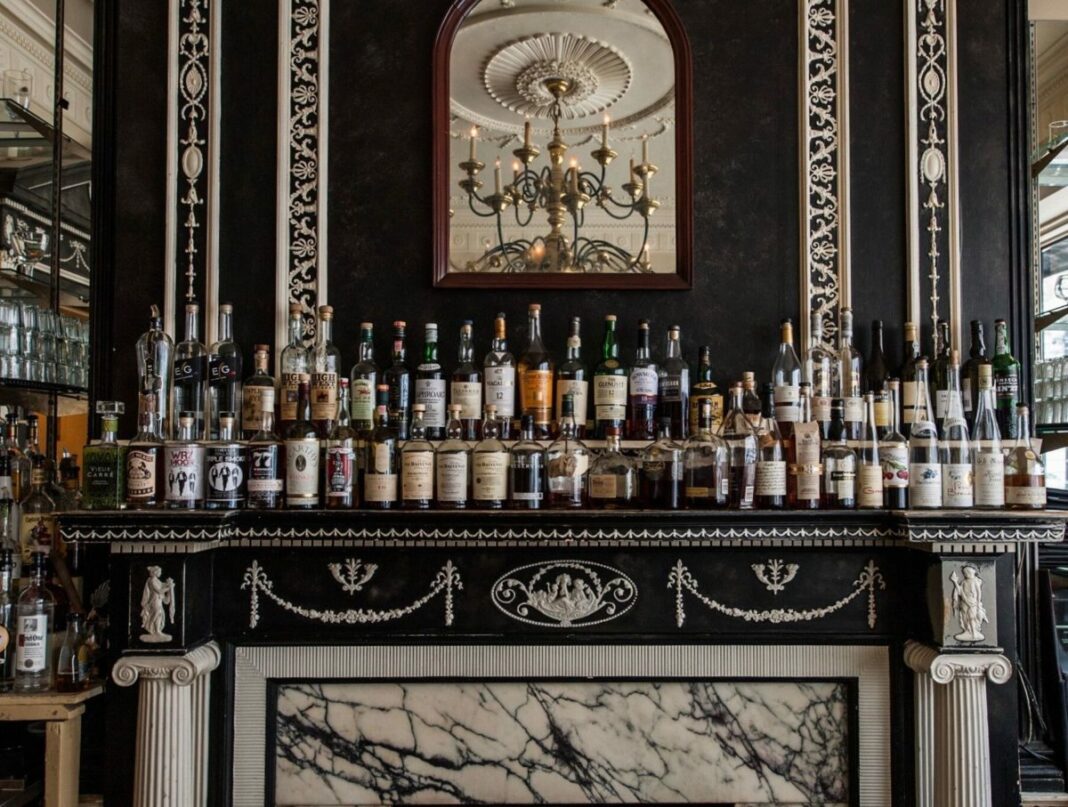 Introduce yourself to Baltimore-brewed craft beer at this brewpub and restaurant, located in an early 20th-century townhouse in the heart of Baltimore’s historic Mt. Vernon district. Since 1996, The Brewer’s Art has been one of Baltimore’s most beloved destinations for well-crafted, housemade Belgian-style beers brewed on-site.

Skip the cocktails and head straight for the Resurrection beer, an Abbey-style brown ale, or try a newer brew, like the dry-hopped pale ale Spoke’d, both for just $6 a pint. Feel fancy in the elegant upstairs, or head down to the cavernous basement and stake out a hidden corner. Order off the upscale New American menu if you’re feeling famished after throwing back some pints. 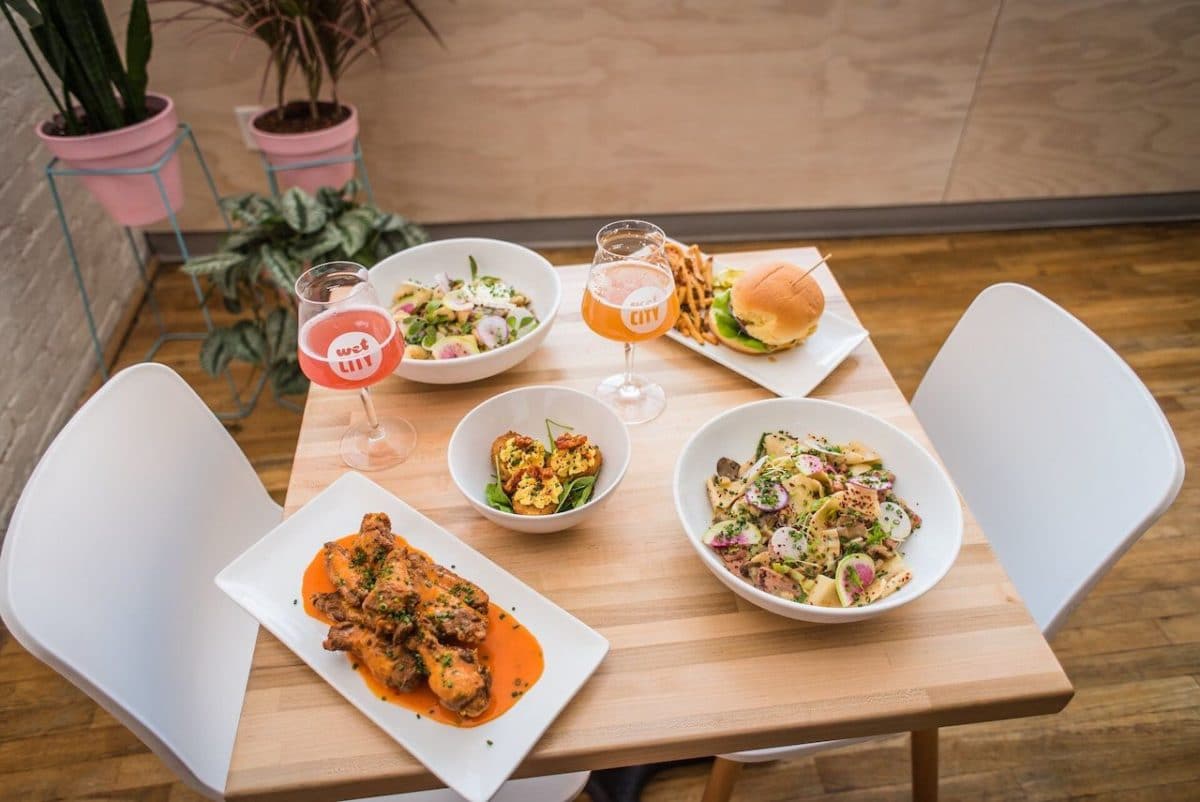 Local beer enthusiasts need to hit up Brewer’s Art, then head to Wet City around the corner for even more Baltimore-brewed craft beer. This gastropub has an interesting, rotating selection of its own craft beer, hard-to-find brews, and sours. The bartenders know their suds, but if you’re not sure you want to commit to a whole pint, you can always order a half-pour. Not here for the beer? Order an inventive cocktail and snack on elevated bar bites. 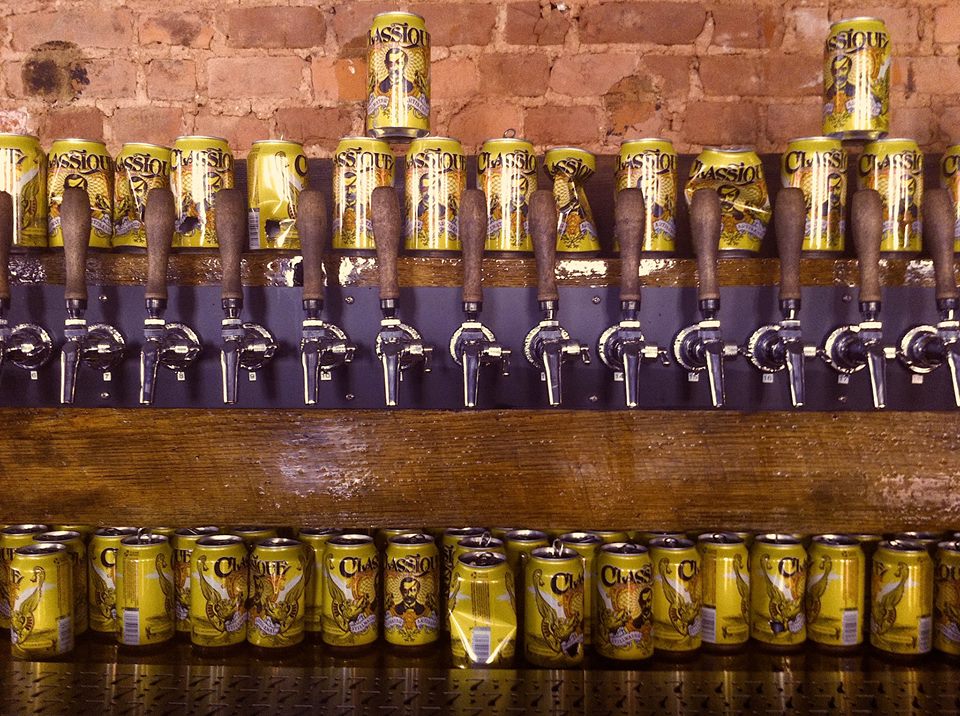 Thirsty for a craft draft? Look no further than this notable beer and cocktail-driven gastropub near the Natty Boh Tower. This rustic, dimly lit tavern offers numerous styles of Stillwater Artisanal Ales (half pours for half price), prosecco and rosé on draft, a selection of ciders, and syrup-free cocktails that get their flavor from fruit, spices, and other booze. One such cocktail is The Bartenders Stigmata, made with apple brandy, rye whiskey, lemon, velvet falernum liqueur, and a port ice cube.

Go for brunch, or have some elevated gastropub grub for dinner; whenever you go, just know that this is a place to drink and converse, not watch TV. Fall in love with a rare spirit? You might be able to bring it home from the bottle shop upstairs before you stumble on home.

Birds of a Feather 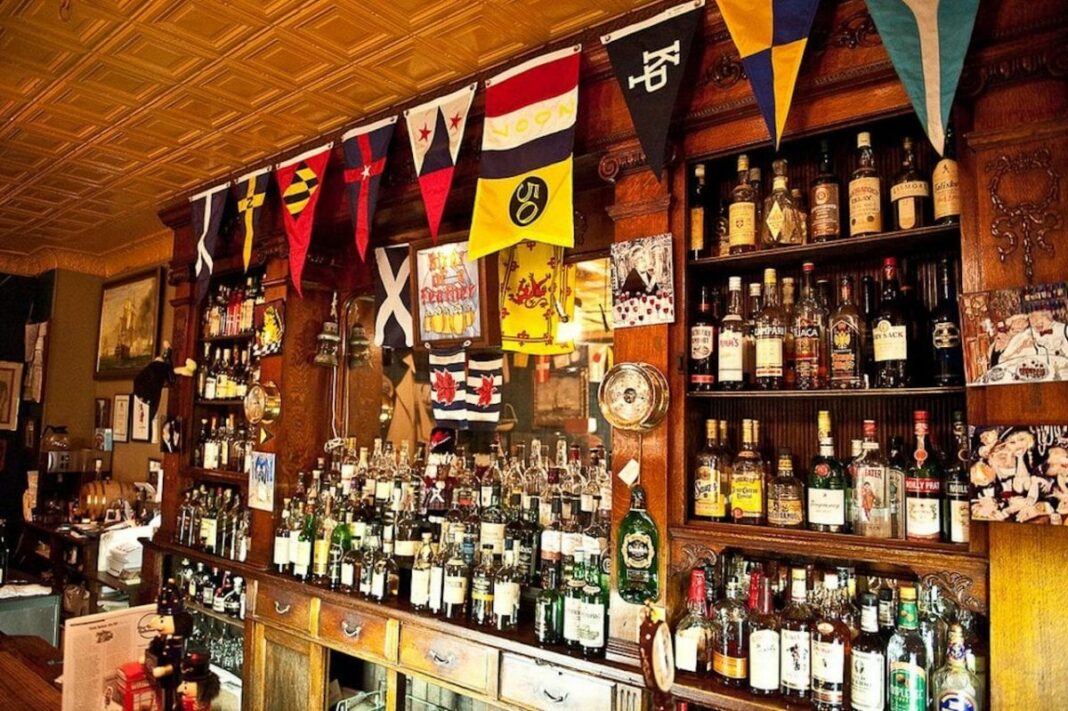 If you love scotch as much as Ron Burgundy, flock to Birds of a Feather. This cozy, decades-old Fells Point haunt offers over 120 single malt scotches. Pick your pour from a laminated Excel spreadsheet, color-coded by region. Just don’t ask for anything on the rocks, ya noob. The nautical theme makes it feel more like you’re stepping onto a ship than into a small mom-and-pop whiskey bar. Sip your single malt on the worn couches next to the crackling fireplace, or sidle up to the bar to hear all about the spirit from owner/bartender Alicia Horn, who’s been running the joint for over 30 years. 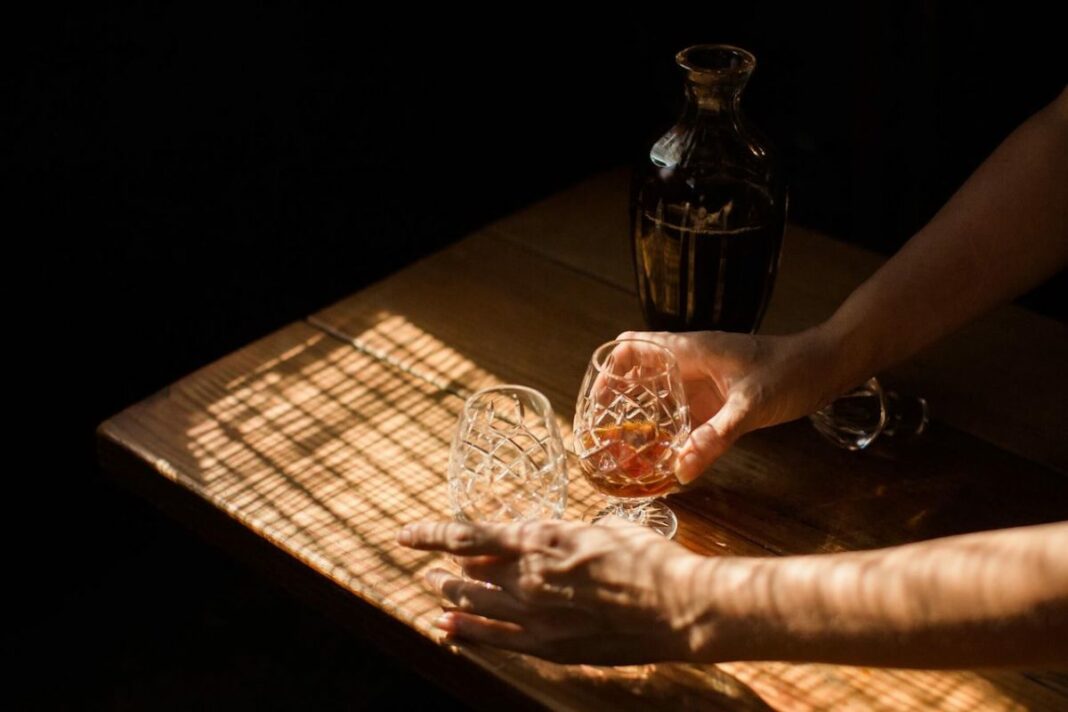 This under-the-radar watering hole is actually one of the best cocktail places in Baltimore. Blending effortlessly into Remington’s assorted row houses, the Prohibition-inspired speakeasy is marked only by chalk on a side door that says “entrance”. We can’t stress this enough: WC Harlan’s handcrafted cocktails are out of this world.

Try the $8 cocktail du jour, a punch bowl, a classic cocktail, or opt for a $2.50 beer. This spot was Lane Harlan’s first entry into Baltimore’s bar scene back in 2013. She and her husband have now opened Clavel, down the street, and Fadensonnen, a beer garden and natural wine and sake bar in Old Goucher. The dim, cozy, and intimate bar is a great place to take a date or gather with friends. Just keep in mind that it’s quite popular, so get here early before it fills up. 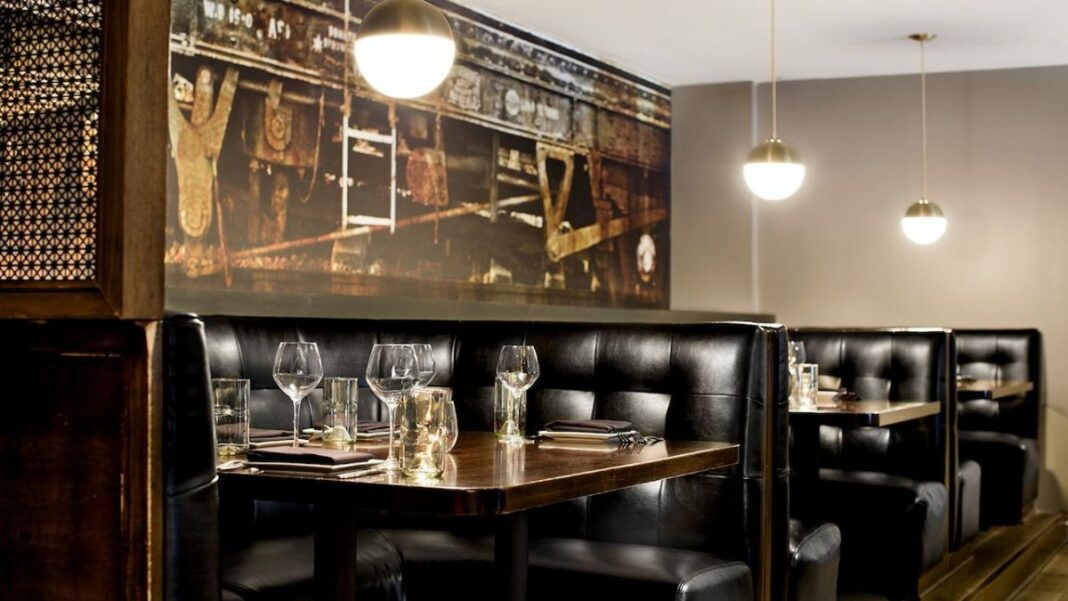 Make it a point to stop by Hotel Monaco’s B&O American Brasserie for a nightcap after a downtown concert. Housed in the historic Beaux-Arts building that once served as the headquarters of the Baltimore and Ohio Railroad, the hotel bar/restaurant’s relaxed-yet-elegant atmosphere features nostalgic touches within its contemporary design, like chairs and table lamps from original B&O dining cars.

The surprisingly expansive bar program is led by one of Baltimore’s cocktail authorities, Brendan Dorr, founder and president of the Baltimore Bartenders’ Guild. The resident alchemist celebrates fresh ingredients, shaking and stirring up inventive, cutting-edge craft cocktails like the “Coppertop No.1,” made of gin, yellow chartreuse, ginger syrup, lemon juice, and pink and black pepper for an added kick. There are seasonal flavors and vintage adaptations on the cocktail list, but no matter what you do, don’t leave without trying a B&O Old Fashioned. 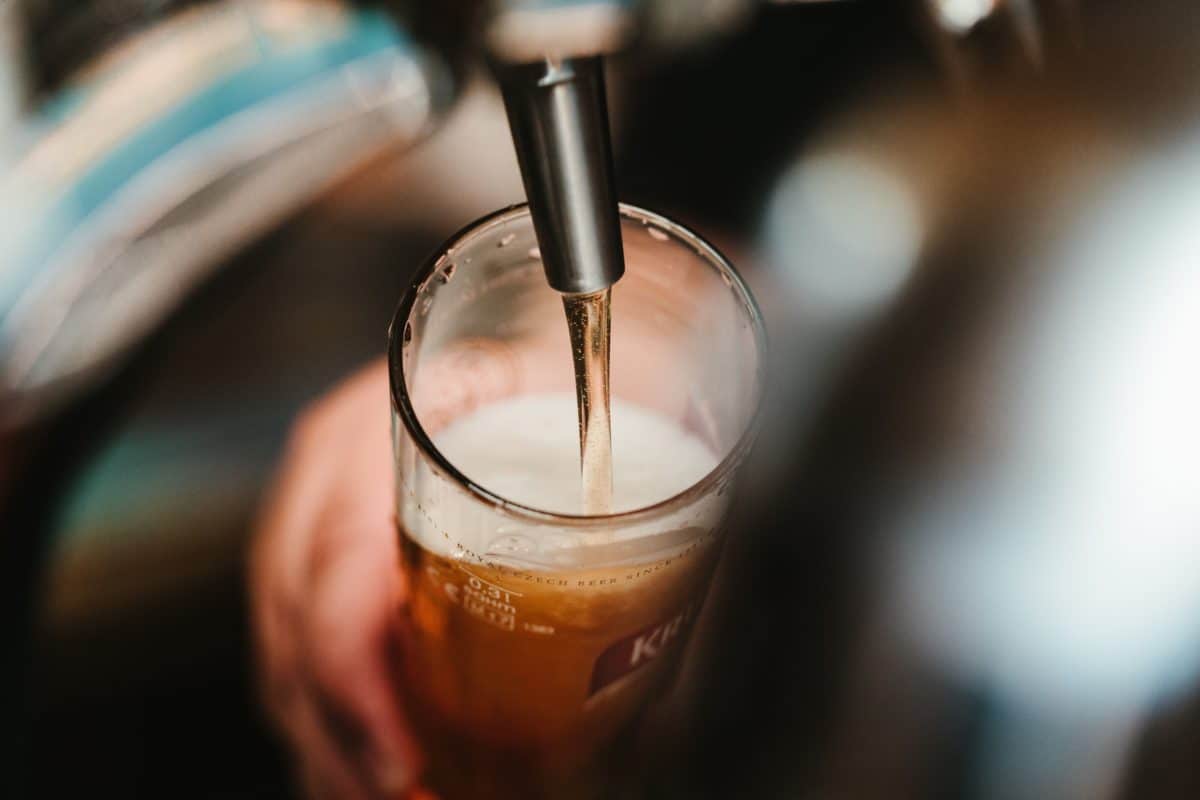 If you’re looking for great food and cold beer in a casual dining atmosphere, head to this unassuming classic American Pub. Since 1974, locals and tourists alike have been bellying to the no-frills bar tucked away north of the Inner Harbor in the heart of Downtown Baltimore. Try Peter’s signature 32oz pours of House Draft–just five bucks, all day, every day. Don’t sleep on the crabcakes–owner Peter Kimos makes them fresh every morning!

There are plenty of other cocktail bars, watering holes, and brew pups in this historic city. Get your next apartment locked down and you’ll be ready to explore the rest of Baltimore’s most beloved bars.

The post The 9 Best Bars in Baltimore, Maryland appeared first on The Zumper Blog.

This post first appeared on The Zumper Blog | Rental Market Trends, Real Estat, please read the originial post: here
People also like
What would happen to a modern-day Moses in America?
The A500 Mini Review
Moderna Stock Price Forecast 2022 – 2030
Serena Williams And Other Celebrities Who Believe Will Smith’s Career Is Over
CHI – Hair Styling Products
Van Dyke Beard Style: 3 Trendy Looks & How to Get Them
Lobos 1707 Joven Tequila
Develop Home Accessories Shopping App like Westwing To Skyrocket Your Revenue in 2022
How to Heal Tennis Elbow

The 9 Best Bars in Baltimore, Maryland