The Zumper Boston Metro Report Analyzed Active Listings in December across 16 metro cities to show the most and least expensive cities and cities with the fastest growing rents. The state median one bedroom rent was $1,805 last month. 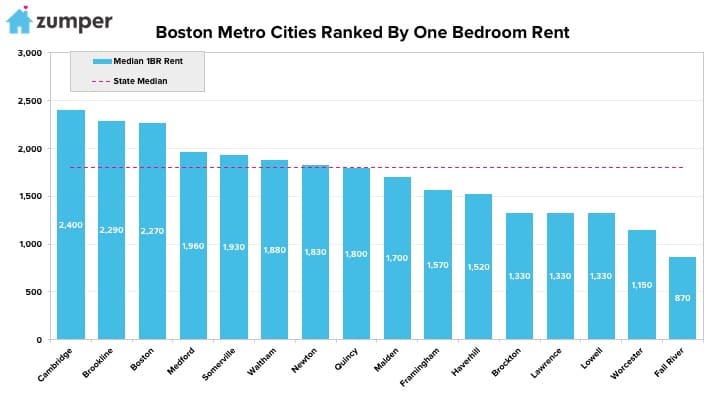 –Cambridge, MA held steady at $2,400 and continued to be the most expensive in the metro.

–Brookline, MA remained the second priciest city with one bedrooms priced at $2,290.

–Fall River, MA rent dropped $20 to $870 but remained the most affordable in the metro. 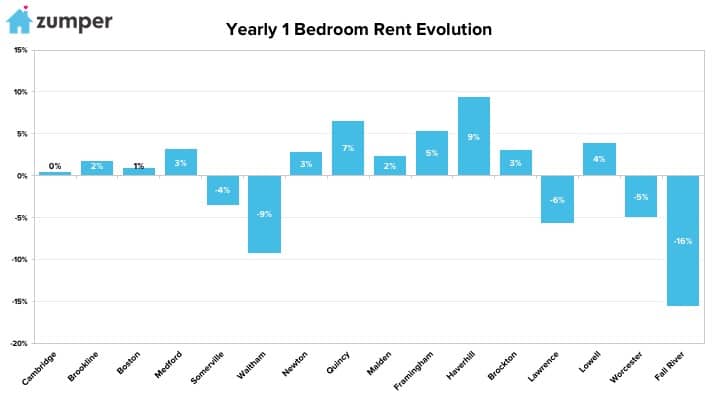 –Haverhill, MA rent was the fastest growing since this time last year, up 9.4%. 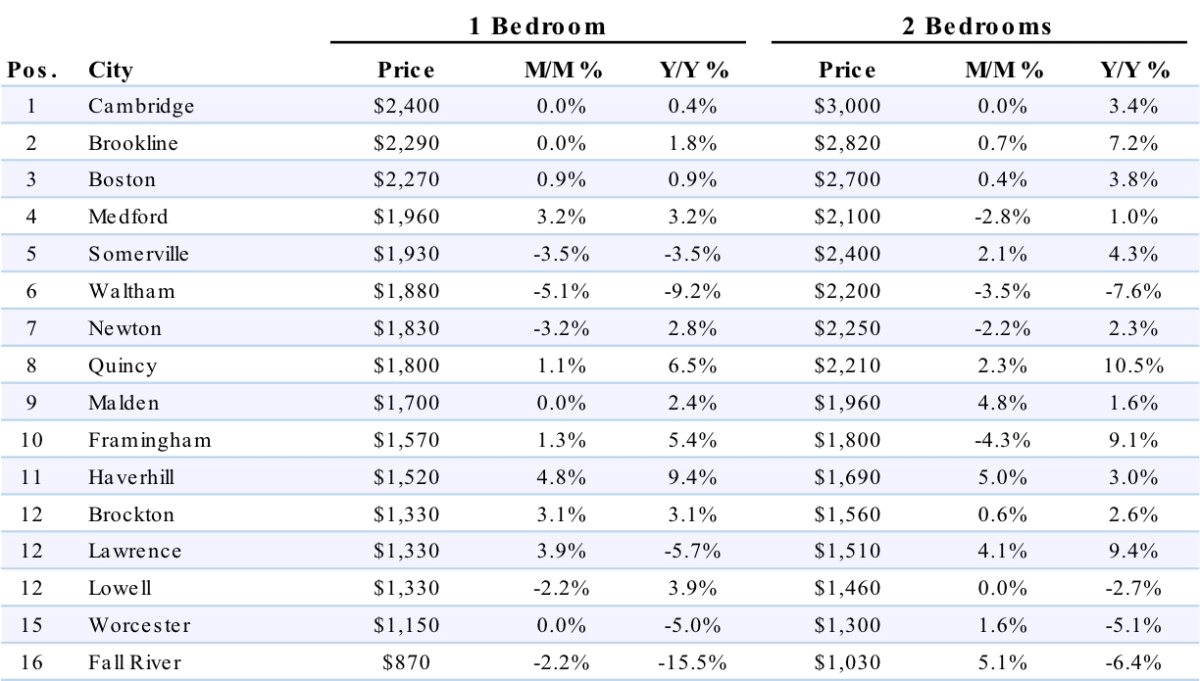 In the market for a new place? Search all Boston apartments for rent on Zumper now.