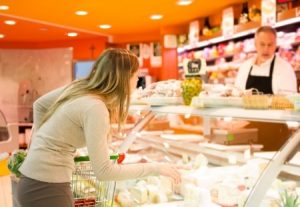 Ken Research announced the latest publication on “Consumer and Market Insights: Prepared Meals Market in France,” which offers an insightful information on the Meat in France, specifying the major demographic groups driving factors, consumption trends, combined with an in-depth analysis of the market and category dynamics which identifies the key opportunities and target market. The production uses a unique method of quantifying consumer trends and so, it also highlights the degree that influences trends on consumption. Moreover, A study of market value and volumes from 2010-2020, supplemented with category, brand, and packaging analysis that showcases the current state of the market and how it will evolve over the next five years along with the changing needs of the consumer.

France is one of the global major economic powers. Agriculture plays an imperative role than in the economies of most other industrial countries. A large proportion of the value of total agricultural output derives from livestock especially cattle, hogs, poultry, and sheep. The mountain areas and NW France are the livestock regions. The France’s leading crops are wheat, sugar beets, corn, barley, and potatoes, with the most intensive cultivation of the Loire; the soil in the Central Massif is less fertile. Fruit growing is vital in the south. France is among the top producers of wine across the globe.

The population registered is 63.9 million and the unemployment recorded is 9.9%. The inflation rate calculated as 0.6% and the growth in GDP is 0.4% as per PPP. France is ranked at 32nd position in Europe. The French economy is hugely diversified, and strengths like strong protection of property rights and a comparatively efficient regulatory framework facilitate entrepreneurial activity. Various reforms have been attempted to elevate the economy’s lagging competitiveness and flexibility, but progress has been uneven.

The growth in this market is being complemented by high per capita consumption levels and the expanding disposable income of French consumers. Chilled raw packaged meat, both whole cuts and processed, are the major categories in Meat sector in France. Men in France have both the highest total Meat occasions and the highest per capita consumption occasions as compared to women. Manufacturers in France need to invest more in offering value, premium, and easy to prepare Meat to resonate with French consumers. Private label brands have a high penetration in the French Meat market

For more coverage tap on the link below